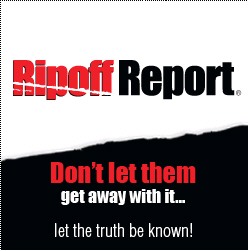 If you were asked why copyright law exists you probably would respond along the lines of “to give authors and artists a financial incentive to create new works, and to protect the integrity of their works.” It’s unlikely you would respond, “to give someone the ability to manage their online reputation and remove defamatory online reviews.”

Yet, in a bizarre case that has wound its way through the courts of Massachusetts for the last six years, that is exactly what attorney Richard Goren attempted to do. Ultimately, Goren was unsuccessful, but only after years of litigation, culminating in an appeal to the First Circuit Court of Appeals, the highest federal court in Massachusetts.

Background. I first wrote about this case in 2014, and the facts are described in detail in that post. In short, a person named Christian DuPont (about which the case record discloses little beyond his name) published two posts on RipOffReport defaming Goren. RipOff, as is its practice, refused to take down the posts, claiming protection under Section 230 of the Communications Decency Act.

That’s when Goren’s copyright workaround strategy took hold. Goren sued DuPont for defamation in Massachusetts state court. DuPont didn’t show up, so he was defaulted. Goren then asked the court to assign to him ownership of the copyright in the posts.

Copyright in hand, Goren (and an LLC he assigned the copyright to) again asked RipOff to remove the posts; RipOff again refused.

In the end RipOff won. The posts defaming the attorney remain on Rip Off Report to this day.

The Copyright Issue. Goren’s lawsuit asserted that he now owned the copyright in the two posts, and that RipOff was infringing that copyright by continuing to publicly display the posts without his consent.

RipOff’s defense was twofold: first, that when DuPont first published the posts he had assigned the copyrights to RipOff via RipOff’s online agreements. If that was the case the state court’s assignment to Goren was invalid, and Goren owned no copyright he could assert against RipOff.

These defenses required the court to consider two issues. First, did RipOff’s online agreement transfer ownership of the copyrights from DuPont to RipOff?

Second, if ownership was not conveyed, did the online agreement transfer a license to RipOff, allowing RipOff to continue to display the posts even after copyright ownership had been transferred to Goren?

Online “browsewrap” and “clickwrap” agreements have been the subject of a great deal of litigation, due in part to the seeming inability of online sites to follow some basic rules necessary to make them effective. (For earlier posts on this topic see Online Agreements – Easy To Get Right, Easy To Get Wrong; and Barnes & Noble’s “Browsewrap” Unenforceable)

The district court analyzed RipOff’s online agreement in this case in excruciating detail. The agreement was imperfect, but the court concluded that it was legally effective, at least as a matter of contract law. However, the court concluded that the conveyance of ownership was ineffective as a matter of copyright law. The Copyright Act requires that “[a] transfer of copyright ownership, . . . is not valid unless an instrument of conveyance, or note or memorandum of transfer, is in writing and signed by the owner of the rights conveyed  ….” 17 U.S.C. § 204. DuPont never signed an instrument transferring his ownership to RipOff, and therefore RipOff did not own the copyright in the posts.

However, RipOff was still left with a perpetual, irrevocable nonexclusive license to display the posts (a limited license does not require a signed conveyance), and therefore Goren’s copyright ownership was subject to the rights granted by this license.

The First Circuit upheld the district court’s ruling that, based on this reasoning, RipOff’s continued publication of the posts was not copyright infringement.

Takeaway. If this case strikes you as crazy complicated, you’re in good company. If nothing else, it shows how the copyright system has the potential to be manipulated for purposes other than the policies that underlie copyright law. Goren failed in this case, but only because RipOff had the foresight to create an online agreement that required posters to give it a license – but for that, Goren’s copyright claim might have succeeded. The case is a reminder of how important it is that websites ensure that their online browsewrap/clickwrap agreements are effective. And, it teaches that (at least in the First Circuit) an online agreement will not be sufficient to effect an assignment.

Many copyright lawyers who have watched this case have applauded the outcome on the ground that what Goren attempted to achieve subverted the goals of copyright law, which are to “promote the progress of science” (Constitution, Article I Section 8. Clause 8) not for reputation management. In the words of Professor Eric Goldman (below), the case exposes the “ugly interface between copyright and reputation management.”

For more on the policy perspective see Decline and Fall of the Dumb Copyright Trick, by Ron Coleman, Not What Copyright Is For, by Pamerla Chestek and First Circuit Rejects Copyright Workaround to Section 230–Small Justice v. Ripoff Report, by Eric Goldman.

A recording of oral argument before the First Circuit is available here.