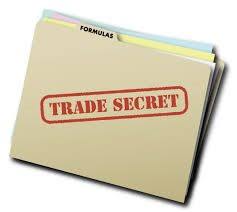 Reminder from SDNY – Trade Secrets Need To Be Kept Secret

A recent opinion from an SDNY federal district court reminded me of a client I represented many years ago. The company insisted that the core functionalities and user interface of its software program were trade secrets. A competitor had copied these, and the client asked my firm to commence a lawsuit for misappropriation of trade secrets.

An investigation showed that the client’s software was disclosed to prospective clients in one-on-one meetings and at trade shows without any requirement that a confidentiality or nondisclosure agreement be signed. Once a customer licensed the software an NDA was part of the sale, but before then it was not.

I advised the client that we could not bring suit against the client’s competitor. The client was not pleased with this advise, but so it goes.

The court’s opinion in Broker Genius, Inc. v. Zalta reminded me of this engagement. In this case Broker was seeking a preliminary injunction against a competitor based on similar facts. Source code was not at issue – Broker claimed trade secret misappropriation only of the user interface and functionalities that would be viewed by end users of the software.

The court found that Broker did protect the confidentiality of its software before it entered into a license by limiting what prospects could see – in that respect it did a better job than my client.

However, Broker’s primary tool for protecting its trade secrets was the Terms of Use implemented via a clickwrap license. But, there were problems with this license. First, as was the case with my client:

Broker Genius licensed its software to its customers on a per company basis. Because these customers include companies with as many as 120 employees … only the person who initially sets up the corporate account on behalf of her organization is required to assent to the Terms of Use  … other employees who may be more involved in everyday use of the software would not have the opportunity to individually assent and would not know what the Terms of Use were …

Second, the Terms of Use paralleled the Copyright Act, but didn’t contain a confidentiality provision. Broker’s Terms of Use stated that users of Broker’s software may not “[r]eproduce, modify, display, publicly perform, distribute or create derivative works of the Site or Apps or the Content.” This language tracks the exclusive rights language of Section 106 of the Copyright Act, but does not, as the court stated, “amount to a confidentiality or non-disclosure clause that notifies users of the secrecy of any aspect of [Broker’s software] or preclude [licensees] from describing to others the software’s functions, structure, and appearance.”

Third, the court questioned whether a clickwrap license was sufficient to protect trade secrets, although it did not base its decision on this fact.

Based on factors one and two above, the court denied Broker’s motion for a preliminary injunction.

Here are my takeaways from this case –