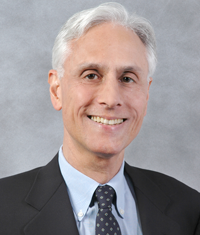 This blog provides legal information, not legal advice. It seems silly to say this, but you shouldn’t do anything that might affect your legal rights based on what you read here. You should consult your own lawyer. (Yes, that was silly – who would rely on a blog written by someone they don’t know?).

I grew up in a suburb of Boston and went to school in Boston. After graduating from Boston College Law School (great school, highly recommend it) in 1979 I impulsively decided to explore regions outside of New England for a change, and migrated to Washington, D.C., to work at the antitrust and litigation powerhouse now known as “Howrey” (then Howrey, Simon, Baker & Murchison). [Update: Howrey folded in the spring of 2011].

After a couple of years I decided to return to Boston (which I had concluded was greatly preferable to D.C. on most counts) before I expired from overwork at Howrey.

To my great good fortune, upon returning to Boston I obtained employment at Choate, Hall & Stewart, where I worked at a pace that wasn’t designed to kill me (but still quite hard) with much nicer people, and was given vastly more responsibility.

As the “PC Revolution” took shape in the early ’80s it dawned on me that a firm that focused on the computer industry might provide clients with skills that the seemingly technology-illiterate (and then-disinterested) firms in the area lacked. Today people take technology for granted, but in 1986 our lives today were unimaginable. Almost no one owned a computer, much less laptop computers or smart phones. No one that I was aware of foresaw the Internet, the digitization of music and books, the explosion of information and data, or the benefits and challenges technology would bring to the economies of the world over the next 30 years. Google, Facebook, Amazon, Twitter, Spotify – none of these companies existed, or was even imaginable. Apple was a moribund, IBM-PC also-ran.

I was right in the early ’80s, and thirty five years later I’m still right. I know that my original vision was on target, and that Gesmer Updegrove LLP has been able to keep up with the amazing changes in technology and provide extraordinary legal representation to high technology clients around the globe.

To learn more about Gesmer Updegrove LLP and me, read this interview at the Boston Bar Association site.