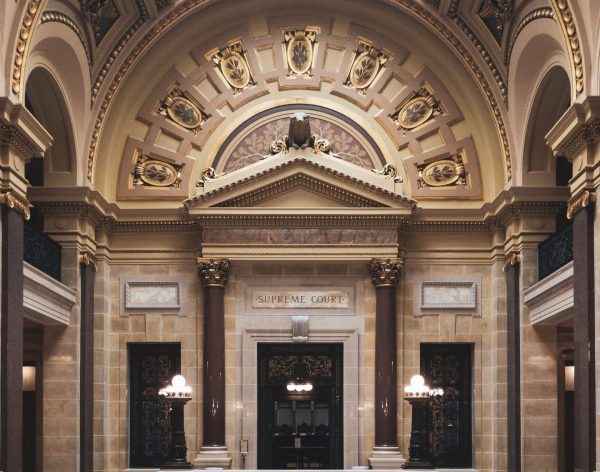 The odds of Oracle coming out on top in the Supreme Court appeal of Oracle v. Google just took a turn for the worse.

On May 4, 2020 the following entry appeared on the Supreme Court docket in the long-pending Oracle v. Google copyright case:

The parties are directed to file supplemental letter briefs addressing the appropriate standard of review for the second question presented, including but not limited to the implications of the Seventh Amendment, if any, on that standard. The briefs, not to exceed 10 pages, are to be filed simultaneously with the Clerk and served upon opposing counsel on or before 2 p.m., Friday, August 7, 2020. (Emphasis added)

The “second question presented” is Google’s appeal of the Federal Circuit’s decision reversing a trial jury’s fair use finding in favor of Google. The “standard of review” is a reference to the “de novo” standard used by the Court of Appeals for the Federal Circuit (CAFC) in the opinion under review. The Seventh Amendment is the constitutional right to a jury trial (“the right of trial by jury shall be preserved, and no fact tried by a jury, shall be otherwise reexamined in any court of the United States …”).

This order appeared without warning after the Supreme Court bumped oral argument in this copyright case to an as yet unspecified date in the 2020 term. The case had been scheduled for argument on March 24, 2020, and the Court removed it from the calendar only 12 days before that date.

We aren’t told what prompted the Court to ask for additional briefs in this case, but the order brought to mind one of the amicus briefs filed in support of Google. The brief (link), filed by several law professors (the “Professors Brief”), focused on precisely the issued on which the Court requested briefing. The opening section of the brief summarized their argument –

Reversal of a jury verdict on the issue of fair use is extraordinarily rare. For two centuries, courts have given great deference to jury verdicts. Indeed, history overwhelmingly demonstrates that juries are uniquely situated to make the discretionary judgments that fair-use cases call for. But in this case, the Federal Circuit ignored history, along with the law. It applied de novo review to overturn the jury verdict of fair use. This is the first time that has ever happened. And it is unconstitutional. The Seventh Amendment requires that a jury finding of fair use not be “re-examined” under a de novo standard of review.

This is a powerful argument. It may be Google’s best argument now that the Court has (if belatedly) focused on this issue.

A Brief Recap. In this case following a trial, appeal and remand on infringement a jury trial was held solely on the issue of fair use. After a two week trial the jury returned a verdict for Google, finding that Google’s copy of the Java application programming interface (the Java API) was protected by fair use. Oracle appealed to the CAFC.

On appeal the CAFC held that while fair use is a mixed question of fact and law, this did not “dictate the applicable standard of review.” The CAFC concluded that in deciding copyright fair use the jury’s role “is limited to determining disputed ‘historical facts, not inferences or conclusions to be drawn from those facts.” Thus, “all jury findings relating to fair use other than its implied findings of historical fact must, under governing Supreme Court and Ninth Circuit case law, be viewed as advisory only.” Accordingly, the CAFC held that it must “assess all inferences to be drawn from the historical facts found by the jury and the ultimate question of fair use de novo” – without reference to any legal conclusion made by the previous court to hear the case.

The CAFC’s decision was surprising, to say the least. Appellate reversal of a jury finding on fair use is virtually unprecedented in the law. A determination fair use at trial is based on a weighing of the four fair use factors, and the CAFC was wrong to abrogate the jury’s conclusion on this issue. Or so the argument went.

However, in the three merits briefs filed with the Supreme Court Google and Oracle gave short shrift to the standard of review, at least relative to the other issues. They discussed the Seventh Amendment not at all.

Clearly the Supreme Court has concluded that this issue deserves more attention.

Does the Standard of Review/Seventh Amendment Argument Have Legs? Until we see the parties briefs in August the Professors Brief may be the best guide on this issue. The Professors ground their argument in 18th and 19th Century English common law, their point being that English law courts heard issues similar to modern fair use, and that under English law the courts left the issue of fair use to the jury to decide. This is not as far-fetched as it might seem at first – the Supreme Court has often looked to English common law as an antecedent to help it interpret and apply U.S. copyright law.

From there they move to the Supreme Court’s 1998 decision in Feltner v. Columbia Pictures Television where, tying modern U.S. copyright law to English common law precedents, the Court held that the Seventh Amendment provides a right to a jury trial on all issues pertinent to an award of statutory damages. Fair use, the Professors argue, is pertinent to an award of statutory damages, since statutory damages are a potential remedy in a case premised on a fair use defense. That being the case, the Seventh Amendment applies to a jury determination on fair use, implying a deferential (not de novo) review of a fair use jury verdict.

Lastly, the Professors argue that Supreme Court precedent requires a deferential standard of review in cases involving a mixed question of law and fact (such as fair use), where the issue entails “primarily . . . factual work.” U.S. Bank National Ass’n v. Village at Lakeridge, LLC. The Professors argue that the  copyright fair use determination in this case rested upon its individualized facts, and therefore primarily involved factual work. Accordingly, the CAFC erred in declining to apply a deferential standard of review to the jury verdict.

Did Oracle Make a Mistake By Agreeing That The Jury Could Issue a “General Verdict”? It’s not uncommon for juries to be asked complete detailed “special verdicts”  that may shed light on the the bases for their decisions. For example, in a copyright fair use case the jury might be asked to indicate how it decided each of the fair use factors in reaching its decision.

But that didn’t happen in this case. Instead, Oracle and Google agreed that the jury need only issue a “general verdict.” The jury made no specific findings of fact.

Whether this was a strategic mistake by Oracle or part of a calculated trial strategy we don’t know, but at this point it appears to put Oracle at a disadvantage. The general verdict could weigh in favor of a finding that the CAFC erred in applying a de novo standard, since there were no “historical facts” for the CAFC to analyze, short of the CAFC reviewing the entire trial record and finding facts without the ability to evaluate witness credibility.

What Next? We will have to see what the parties have to say on this issue when they file their briefs in August. However, a decision based on a narrow procedural ground such as the standard of review is likely to be attractive to the Supreme Court. It allows it to avoid the mystifying complexities of copyright law as applied to computer software technology. It allows the Court to avoid revisiting the law of copyright fair use, a doctrine the Court has not addressed in-depth in the 26 years since it decided Campbell v. Acuff-Rose Music, Inc. It enables it to decide the case on a narrow standard-of-review issue and hold that a jury verdict on fair use should not be reviewed de novo on appeal, at least where the jury has issued a general verdict.

And, potentially (should the Court decide to resolve the case on this ground per curiam without hearing before the start of the 2020 term), it is one less case from the 2019 term that the Court would need to carry over into the 2020 term.

It’s worth noting that such an outcome would be disappointing to many people in the computer industry who are hoping for a reversal of the CAFC’s 2014 holding (on an earlier appeal) that the Java API is protected by copyright. And, while Google would be happy with this outcome, it’s not certain that it would be a clear winner for Google and end this case once-and-for all. It’s likely that the Court would decide that the jury verdict should stand, ending the case. But there’s also a risk that it could send the case back to the CAFC for yet another appeal, to be decided under a more deferential standard of review, but one that (given the CAFC’s hard-to-ignore antipathy to Google in this case), still leaves Google at risk.

It’s also worth noting the unusual sequence of events in this case. But for COVID-19’s disruption to the Court’s schedule, argument on this case would have been heard on March 24, 2020. The Court had not requested supplemental briefing prior to that date, and the case would have been taken under advisement on the thin record (as to this issue) as it existed at that time. The delay gave the Court time to request additional briefing on the standard of review, and the risk of that action falls entirely on Oracle.