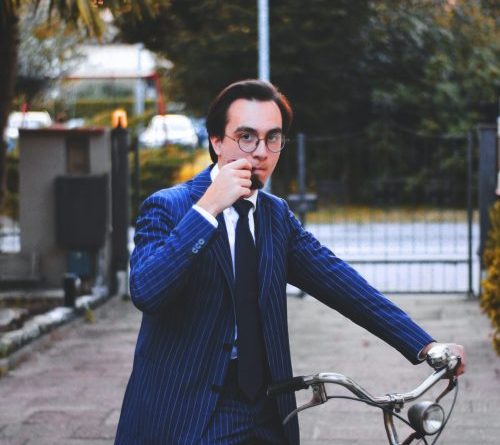 Does Your Lawyer Have Emotional Intelligence?

“Discourage litigation. Persuade your neighbors to compromise whenever you can. Point out to them how the nominal winner is often a real loser – in fees, expenses, and waste of time. As a peacemaker the lawyer has a superior opportunity of being a good man.” Abraham Lincoln.

Does your lawyer have emotional intelligence? Or if you’re a lawyer, do you?*

*Note: “Studies show that lawyers score high in intelligence but below average in emotional intelligence, and Ronda Muir, author of ‘Beyond Smart: Lawyering with Emotional Intelligence,’ says that plays a part in the public’s low opinion of them.” American Bar Association, October 2017

What is emotional intelligence (EQ)? Howard Gardener describes it this way –

Your EQ is the level of your ability to understand other people, what motivates them and how to work cooperatively with them,” says Howard Gardner, the influential Harvard theorist. Five major categories of emotional intelligence skills are recognized by researchers in this area.

He goes on to describe the five major factors, one of which is empathy:

The ability to recognize how people feel is important to success in your life and career. The more skillful you are at discerning the feelings behind others’ signals the better you can control the signals you send them. An empathetic person excels at s service orientation. Anticipating, recognizing and meeting clients’ needs.

All five factors described by Gardener are important (the others are self-awareness, self-regulation, motivation and social skills), but I’ll focus on empathy in this post, since it’s had the biggest impact in my legal practice.

To be honest, my awareness of empathy was slow to develop. When I first graduated law school my goal was to be a competent legal technician, my definition of a “good lawyer” at the time. That meant learning the law in my practice area, which was all-consuming for the first few years. But eventually my eyes began to open to the empathic needs of my clients. My experience with two clients in particular made me aware of this.

The first client dates back to when I was a young lawyer at a large Boston law firm. The firm took on a contingent fee personal injury case. It was a relatively small case, so they assigned it to me to handle through trial. The facts were simple enough – an employee fell on a flight of stairs that didn’t meet building code. The client, I’ll call her Client 1, fell and injured herself quite badly. We were seeking $150,000 in damages from the building owner. The defendant (represented by insurance company lawyers) offered us $35,000.

The case was scheduled to go to trial, and one of the trial practice books I was reading suggested a good practice was to expose clients to the courtroom before trial. The theory was that a courtroom is an unfamiliar environment (boy, is it ever!), and the client should be familiarized with it before trial.

I walked the client up to Suffolk Superior Court a few days before trial, on an afternoon when I knew our courtroom would be vacant. Client 1 walked into the courtroom, took one look around, and I could see the blood drain from her face. She turned to me and said, “settle the case for whatever you can get.” I settled for the $35,000 that was on the table.

Not many years later, in my own law practice, I represented a businessman who had a net worth of $20 million. This man – Client 2 – was sued in a complex breach of fiduciary duty case that threatened his entire net worth. You might think that this would be stressful for him (it was for me), but as near as I could tell, he slept like a baby and this risk didn’t phase him one bit. I gradually came to realize that this man had nerves of steel. We ended up settling that case on very favorable terms, in large part due to his emotional resilience.

These two cases showed me two client extremes, and for many years I’ve used them as mental markers to gauge where my clients fall on this continuum. Were they, like Client 1, terrified of the courtroom (and very likely the entire legal process), or were they unfazed and able to handle the risk of a major lawsuit, like Client 2?

How has this changed me? Well, in the first place I try to suss out a client’s risk tolerance as early as possible. I discuss the realities of a lawsuit and the stress it puts people under. Rather than ask clients about their fortitude head-on, I’ll tell them the stories of Client 1 and Client 2, so that they have specific examples. This often gets them thinking, and by comparing themselves to these two situations clients can examine their own feelings and, perhaps, share them with me.

Sometimes I share with them the Abraham Lincoln quote at the top of this post. If the client thinks that the other side is weak and will settle early, I dissuade them of this belief. I may share one of my favorite proverbs: “a feather that floats into a court of law on a gentle breeze may require two oxen to remove.” I’ll tell them that I have seen many lawsuits where my client thought the opposing party was financially weak and would settle early, but the case dragged on for years.

I describe a deposition and trial, and explain that they may be the target of an aggressive lawyer on the other side of the case. You’d think that, based on popular television, everyone would know this, but you’d be surprised how many people don’t. A lawsuit is a stressful experience, and a client shouldn’t have to wake up one morning halfway through the case with the sudden realization that a lawsuit is like an endless root canal.

If the client has a spouse, I try to make sure the spouse is aware of how stressful a lawsuit can be. Most clients will discuss their feelings with their spouse before they discuss them with their lawyer, and stress on a spouse can be a major factor in the client’s mental health. I recall one case in which the client refused to settle, even on the threat of divorce from his wife. In fact, the client’s wife did divorce him.

Why is all of this important? First, you may be able to save your client emotional suffering and legal fees. Client 1, in my example above, was on a contingent fee, but I certainly could have saved her emotional suffering as that lawsuit dragged on and finally headed to trial. I should have seen her fear, but as a young lawyer I was probably too focused on my own insecurities. Second, like it or not, the lawyer and her client are a team, and the lawyer needs to know how strong the other member of that team is. Are they going to fold, like Client 1? If so, it would be good to know this as early as possible, especially if the lawyer has taken the case on a contingent fee. After all, the client, not the lawyer, controls the decision to settle.

Often, I’ll find my self representing a group of individuals whose interests are aligned. For example, several partners or co-owners of a business. From the EQ perspective that multiplies the complexity of the representation, since each of the partners may have a different capacity to endure the stress and uncertainty of a lawsuit, and the partners are forced to work that out among themselves. Better that they do that sooner than later, and if I can help with that process, so much the better.

So, to clients involved in a lawsuit (or considering bringing one), ask your lawyer to explain the process to you in detail, with an eye toward your emotional reaction to the events she describes. And lawyers, developing the skill I describe here may save you both emotional and financial pain.