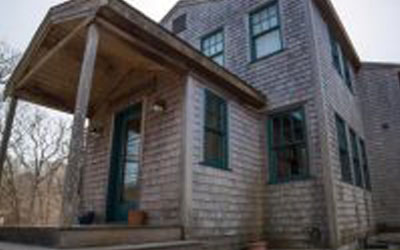 I can’t let a decision on this case pass by, both because the facts are so bizarre and because the case is in my backyard, the Federal District Court for the District of Massachusetts.

The plaintiff, Leah Bassett, owns a house on Martha’s Vineyard. She entered into a several-month long lease with Joshua Spafford. Spafford allowed the house to be used to film a number of pornographic movies. Ms. Bassett sued everyone involved, and one of her claims is copyright infringement. She claims that the movies include shots of paintings, slipcovers, wall hangings and the like (over 50 works in total), all of which were created by her.  She asserts that their appearance in the movie scenes violate her copyright rights (reproduction, distribution and public display).

Copyrightability. With a few exceptions, all of the works are protected by copyright.

De Minimis Doctrine. Maybe – the evidence in the record before the court was insufficient. Ms. Bassett has 45 days to file a document describing which of the works appear in which films, for how long, and in what level of detail. With representative screen shots. (No movies, please).

Fair Use. The first, second and third fair use factors favor Bassett. (Transformative use, nature of the work, and amount copied). The fourth factor (effect on potential market or value of the work) favors defendants. Three to one, fair use defense loses on summary judgment.

Damages. Bassett may be able to establish damages based on a“reasonable fair market licensing fee.” Damages discovery has not taken place, so this option remains open.

Bottom line and Further Thoughts: The defendants still have a chance of dismissing the case as to some of the works, depending on Bassett’s ability to overcome their de minimis defense. However, there will have to be a separate finding on each of the 50-plus works. In the meantime, Bassett has 45 days to compile her evidence on this. I expect it will be a lot of work with a spreadsheet and a stopwatch. With respect to damages, Ms. Bassett never sold her works, so she can’t prove lost profits. The defendants’ profits will be be a challenge, since it will be difficult to show that customers purchased the films because of the background art and allocate part of the profits associated with the films to her work. She hadn’t registered any of the works prior to the infringement, so statutory damages are not available. The judge is right – she is probably limited to “value of use” damages – what the film makers would have paid based on an arms-length licensing deal. However, Bassett may be hard-pressed to establish a licensing fee for her works, since she is not a commercial artist and has no sales/licensing history. And what would the producer of a porno film pay for background art in any case?

My prediction – Ms. Bassett will not go to the effort to catalogue which films her works appear in and how long each work appears in each scene. Her potential damages are not worth the effort. She survived summary judgment on several other counts (infliction of emotional distress, Chapter 93A and defamation, in particular). Including a copyright case over 50 works will only make the trial longer and more complicated, and distract the jury from the more sympathetic claims where she has a good shot at substantial damages. My two cents: discretion is the better part of valor, and Ms. Bassett will be better served by exercising discretion and dismissing her copyright claims. Bassett v. Jensen (D. Mass. May 11, 2020)

Update: I was mistaken – the plaintiff did submit additional detail on copyright infringement to the court, and on August 6, 2020 Judge Saris entered summary judgment with respect to ten items. (link, via Evernote) Presumably (and absent settlement) the case will now proceed to trial on copyright damages, along with the other claims asserted by the plaintiff-home owner.