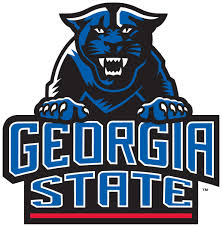 Academia is abuzz with reactions to the Eleventh Circuit’s copyright fair use decision in  Cambridge University Press v. Patton. This is, as one blogger described it, “the most important copyright and educational fair use case in recent memory.”

The decision highlights, yet again, the truth behind Professor Nimmer’s observations that fair use is said to be “the most troublesome [area] in the whole of copyright law” and has been called “so flexible as virtually to defy definition.”

At issue is Georgia State University’s right to scan and distribute to students, without payment, digital course packs comprised of excerpts from scholarly books and journals. The plaintiffs — several publishing houses — alleged 74 specific instances of infringement. In a 350 page ruling issued in May 2012 the district court court found infringement in only 5 of these cases, handing the university a significant victory and awarding it several million dollars in attorney’s fees.

The U.S. Court of Appeals for the Eleventh Circuit (which covers federal appeals in Alabama, Florida and Georgia) reversed the district court, issuing its own mammoth opinion on October 17, 2014, (129 pages including the 16 pages of concurring opinion by one of the three judges on the panel).

Needless to say, this case is of great importance to colleges and universities that want to provide their students with course packs without having to

purchase “permissions” from publishers. It is, in effect, a test case based on 74 individual claims of infringement. The district court evaluated each work individually, taking into consideration factors such as the amount of copying (a finding that the school copied less than 10% or one chapter or less favored fair use) and whether the work was available for digital licensing (licensing unavailability favored fair use). At the end of the day, the district court found that all but five of the 74 items were protected by fair use.

However, it disagreed in some important respects:

To complicate things further, one of the three judges on the 3-judge appellate panel wrote an opinion which, while technically concurring (since it agreed to remand the case to the district court), is for all practical purposes a dissent. In the view of this judge (a district court judge sitting by designation) the case involved “extensive verbatim copying in undisputed non-transformative format, resulting in complete market substitution”. The “concurring” judge noted that Georgia State had paid permission fees when distributing the articles in paper format, and argued that the “use” of the copyrighted works did not suddenly become fair use “just because the work is distributed via a hyperlink instead of a printing press.” He concluded his opinion with the statement that Georgia State’s use of the publishers’ copyrighted works “without compensation was, in a word, unfair.”

What are some takeaways from this decision?

First and foremost, the case illustrates, yet again, how difficult it is to apply the fair use doctrine in practice. The four judges who wrote on the case represent three different views on the application of fair use to these facts. Georgia State could have lost the case outright if one of the two judges who backed the Eleventh Circuit “majority” opinion had agreed with the “concurring” (actually dissenting) judge. That is a thin margin of victory.

Second, as a “test case” the outcome of the appeal is not a clear winner for either side. Not only is the outcome on remand unclear (the district court must re-examine and reach a decision as to each of the 74 excerpts), but going forward the Eleventh Circuit’s “holistic” balancing approach makes it difficult for publishers and non-profit academic creators of course packs to predict whether a fair use defense will succeed or fail as to a specific excerpt. Certainly, non-profit educators would prefer a predictable, mechanical test (such as a 10% rule or the 1976 “Classroom Guidelines”*), rather than the uncertainty and expense of a holistic test.

*note: The Eleventh Circuit gave little weight to the Classroom Guidelines, noting that they are not controlling on the court, and that they contain hard evidentiary guidelines, an approach that is inconsistent with subsequent guidance from the Supreme Court.

Setting aside the test case aspect of this lawsuit, the Eleventh Circuit’s decision must be discouraging to the parties that have had to pay for this slow and frustrating process. Before this appeal, Georgia State alone had incurred attorney’s fees and costs exceeding $3 million. Both parties can expect to spend hundreds of thousands of dollars more when the case goes back to the district court and, absent a settlement, nothing will prevent the losing party there from filing a second appeal to the Eleventh Circuit. There is no small chance that the case will eventually be appealed to the Supreme Court, which hasn’t decided a straightforward copyright fair use case in 20 years.

Update: Subsequent decisions in this case: