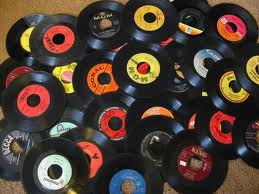 The Kerfuffle Over Copyrights in Pre-1972 Sound Recordings

If you are confused by the news that a California federal court has ruled that satellite broadcaster Sirius XM is liable under California state law for streaming pre-1972 sound recordings by The Turtles,* you are not alone. The issues in this case prove, once again, Mark Twain’s complaint that “only one thing is impossible for God: To find any sense in any copyright law on the planet.”

To appreciate this bizarre situation you may need to be reminded of a few basic principles of our arcane copyright laws:

copyright act then they must, of necessity, be protected under state copyright laws.* Congress said nothing to the contrary when it passed the 1976 Act, and in fact expressly left pre-1972 sound recordings governed by state law. Flo & Eddie, which owns the Turtles’ pre-1972 sound recordings, has filed suits against Sirius XM and Pandora, as have several record companies. To date, the cases are centered in California and New York.

*note: This has implications in more than one area of copyright law. For example, in April 2013 I wrote a post discussing the question whether the Digital Millennium  Copyright Act’s “notice and take-down” process provides a safe harbor for publishers of pre-1972 works. (See New York State Court Blows a Hole in the DMCA Safe Harbors for Pre-1972 Sound Recordings).

The first court decision to address this issue was Flo & Eddie, Inc. v. Sirius XM , decided by a California federal judge on September 22, 2014. This case held that because sound recordings fixed before

February 15, 1972 are not covered under the federal copyright act — and are explicitly left to the control of state statutory and common law — Flo & Eddie’s rights are governed by a California statute which vests “exclusive ownership” in pre-1972 sound recordings in their authors. The California copyright statute states:

The author of an original work of authorship consisting of a sound recording initially fixed prior to February 15, 1972, has an exclusive ownership therein until February 15, 2047, as against all persons except one who independently makes or duplicates another sound recording that does not directly or indirectly recapture the actual sounds fixed in such prior recording, but consists entirely of an independent fixation of other sounds, even though such sounds imitate or simulate the sounds contained in the prior sound recording.

Sirius XM argued that because it was generally assumed at the time the California law was enacted that copyright rights did not exist in pre-1972 sound recordings under state law, the California law was never intended to grant pre-1972 copyright holders this right. The court rejected this reasoning based on the express language in the statute, concluding that “exclusive ownership” encompasses all rights, the only exception being the right to make a “cover” recording (which is expressly carved out in the statute).

Setting aside an almost certain appeal and reversal, what are the implications of this decision? First, there is no reason that the logic in Flo & Eddie does not extend beyond streaming webcasters to analog broadcasters, such as radio and television. It’s not clear why these companies would not now be squarely in the litigation cross-hairs of Flo & Eddie and others (mostly record companies) who own pre-1972 sound recordings.

Second, this decision (if upheld) puts Internet service providers such as Youtube at risk of copyright infringement under state laws. If Youtube is not protected by the DMCA (as one court has already held in a case involving a different music locker), Youtube cannot claim immunity under that section of the federal copyright law, even if pre-1972 sound recordings were uploaded by users of the site. It would be liable for copyright infringement under the same theory used in Flo & Eddie – by streaming these recordings it is publicly performing them.

Despite Flo & Eddie’s win in the federal district court in California, this battle is by no means over. First, there is an argument that Sirius XM can press on appeal, either to the Ninth Circuit or to the California Supreme Court (if certified to that court), that given the fact that public performance rights in sound recordings did not exist as a historical matter before 1972, the California legislature never intended to create them for pre-1972 sound recordings. However, this seems a long-shot given the language of the California statute. If there were any legislative history to support this argument it would have been presented to the federal district court, so apparently there is none.

Second, there are several ways the federal legislature could step in and fix this problem (prospectively, at least) by amending the federal copyright statute. In fact, the Register of Copyrights has recommended exactly that. For example, Congress could bring sound recordings (pre- and post-1972, webcasting and otherwise) under the system of compulsory licensing regulated by the Copyright Royalty Board. Legislation to effect this has already been proposed.

Third, broadcasters could negotiate licenses for these works, either directly or through a new or existing performance rights organization.

The final option for streaming companies and their terrestrial counterparts would be to eliminate pre-1972 sound recordings from their broadcasts, which would certainly be the worst outcome for music lovers.