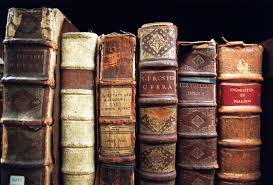 EU and UK Liberalize Access to Orphan Works – When Will the U.S. Catch Up?

One of the thorniest issues under the present U.S. copyright system is the law’s failure to accommodate the problem of  “orphan works” – works whose owners can’t be identified or located. In many cases copyright holders have died, gone out of business or simply stopped caring. This makes it difficult or impossible to obtain terms for the use of works that likely represent the majority of 20th century cultural artifacts, including songs, pictures, films, books, magazines and newspapers.

Mass digitization technologies and the Internet have created opportunities to make these works widely accessible, but they have also created risks for copyright owners – for example, many digital photos that should be protected have had their metadata stripped before being posted on the Internet, creating a risk that protected works may be mistakenly misclassified as orphans.

No one knows for sure how many bona fide orphan works there are, but estimates range between 25%  and 40% of all books eligible for copyright. The number seems to be particularly high in library and archive collections.

However, because copyright protection has become “automatic” (no notice or registration required) and the term more difficult to ascertain (life-of-the-author-plus-70-years – when did the author die?), the user of an orphan work risks an infringement action. This is the risk that Google Books encountered in its attempt at mass digitization of books. Google had hoped it had found a solution to this problem when, in the context of a class-action copyright infringement suit, it proposed a settlement that would have allowed Google to provide digital access to entire books (including orphan works), subject to the right of a copyright owner to “opt out.” However, the court rejected a settlement that was based on an opt-out system, and as a result Google currently restricts orphan works to “snippet views”.

In other words, there is a huge volume of published and unpublished material, some of it dating back as far as 1923, which may technically be subject to copyright protection in the U.S., but which is unavailable to the public, despite the fact that copyright owners would have no objection to it being used.*

*note:Before the 1976 Copyright Act, when the law required copyright owners to renew their their copyright registrations after 28 years to obtain a second 28 year term, only 15% of registrations were renewed. The unrenewed 85% entered the public domain. (Copyright Law Revision, Studies 29-31, p. 221)

The U.S. Copyright Office has recognized that there is tremendous social value in making orphan works available to the public, even on a restricted basis. In 2006 the Copyright Office issued a “Report on Orphan Works,” in which it explored the issue in depth and proposed that Congress enact legislation that would reduce the risk of digitizing orphan works by limiting the remedies available against good faith users.  (See also Marybeth Peters, The Importance of Orphan Works Legislation (2008)).

Legislation that would have made orphan works more accessible under U.S. copyright law was proposed in 2006 and 2008 (1, 2), but was not enacted.*

*note: In 2012 the Copyright Office continued to focus on orphan works, issuing a Notice of Inquiry requesting public comments. The Internet Policy Task Force urged reexamination of this issue in the July 2013 “Green Paper.”

However, each country has its own copyright laws, and the situation in some countries is not as grim as it is here. In addition to several non-EU individual country solutions, in October 2012 the EU adopted an Orphan Works Directive, to be implemented by the 28 member states by October 29, 2014 (although that implementation seems to be behind schedule in many countries). The Directive allows public interest entities* to make limited use of specified categories of orphan works “only in order to achieve aims related to their public-interest missions, in particular the preservation of, the restoration of, and the provision of cultural and educational access to, work and phonograms contained in their collection.”

The Directive still requires a search to identify the copyright owner of each work, and therefore is not friendly to mass digitization of orphan works. However, once a work is deemed orphaned in one country, it will be treated as orphaned throughout the EU, and a list of orphan works will be maintained in a single registry.

The UK, while a member of the EU and participating under the EU Directive, has gone a big step beyond the relatively narrow Directive. Effective October 29, 2014 (the same date the EU Directive took effect) it made all types of orphan works available for commercial, as well as cultural, bodies. The system will be administered by the UK Intellectual Property Office,* which will maintain a searchable electronic registry.

*note: See: “How to Apply for a License to Use an Orphan Work” on gov.uk. A more detailed “Orphan Works Licensing Scheme Overview,” is also available. As of the date of this post, it appears that the online electronic registry has yet to process any orphan work applications.

Both systems — the EU Directive and the more permissive UK licensing system — are highly controversial. How the systems will work in practice remains to be seen. Questions remain about many aspects of the systems, including how rigorous a “diligent search” will have to be before a work can be deemed “orphan,” whether works have had copyright identifying information stripped away, thereby incorrectly moving them into orphan status, and whether escrowed royalties (to be claimed by owners who show up later) will be set at adequate levels.

The United States — which has hung at the back of the pack — will be watching and, perhaps, picking up the know-how necessary to loosen the law on orphan works here.