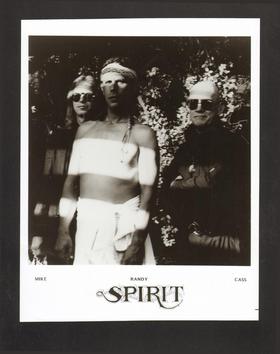 The appeal in Skidmore v. Led Zeppelin is scheduled to be reargued before an en banc Ninth Circuit appeals court panel on September 23, 2019 (watch it live online here), and the U.S. Copyright Office has taken the unusual step of submitting an amicus brief in support of Led Zeppelin.1

This important copyright case is discussed in

my October 2018 post, Led Zeppelin, Spirit and a Bustle at the Ninth Circuit, so I won’t review the background in detail here. The works at issue are Spirit’s 1968 song Taurus2 and the opening section of Led Zeppelin’s Stairway to Heaven. A Ninth Circuit panel reversed the jury’s verdict (verdict here) in favor of Led Zeppelin and sent the case back for retrial based on errors in the jury instructions. Led Zeppelin petitioned the Ninth Circuit to hear the case en banc, and the court granted this request. This means that the appeal will be reheard by the chief judge and ten other Ninth Circuit judges.3

The Ninth Circuit grants only about 1% of en banc petitions, and the Copyright Office rarely files an amicus brief in cases that have not reached the Supreme Court.4 The fact that both events have converged in this case underscores its importance. The music and copyright communities are watching closely.

Pre-1978 Unpublished Musical Works – Is the Sound Recording Covered By the Copyright? This has been an issue in several recent music copyright cases, and I’ve written about it in connection with the Blurred Lines and Ed Sherran cases, as well as the first Led Zeppelin appeal, decided by a 3-judge Ninth Circuit panel. The panel held that the copyright in unpublished works under the 1909 Act were defined by and limited to the deposit copy, not the sound recording. The Copyright Office urges the en banc court to reach the same conclusion.

This argument is based on an arcane copyright law technicality. However, the Copyright Office’s position is strong, and I expect the en banc court to reach the same conclusion that the panel reached.

“Substantially Similar” or “Virtually Identical”? Copyright protection for pre-1978 sound recordings may be an important issue for Skidmore and Led Zeppelin, but the vast majority of musical works that are the focus of infringement claims involve current/post-1978 works. Therefore, the second issue addressed by the Copyright Office — whether the legal standard for infringement should be “substantially similar” or “virtually identical” —  is far more important to the music community.

At the trial of this case the presiding judge instructed the jury to determine whether there was copyright infringement based on the “substantial similarity” test. At trial, and in the first appeal of this case, Led Zeppelin’s lawyers argued that the musical elements from Taurus that were at issue should be protected by only a “thin” copyright, and therefore the test for infringement should be “virtually identical copying.” The premise underlying this argument is that Taurus is little more than a “selection and arrangement” of unprotectable musical elements, an argument that Skidmore vehemently disputes.

The Ninth Circuit panel did not address this argument in the Led Zeppelin appeal. However, it subsequently rejected it in Williams v. Gaye (the Blurred Lines case), stating:

We reject the Thicke Parties’ argument that the Gayes’ copyright enjoys only thin protection. Musical compositions are not confined to a narrow range of expression . . . [A]s we have observed previously, music … is not capable of ready classification into only five or six constituent elements, but is instead comprised of a large array of elements, some combination of which is protectable by copyright . . . We have applied the substantial similarity standard to musical infringement suits before, . . . and see no reason to deviate from that standard now. Therefore, the Gayes’ copyright is not limited to only thin copyright protection, and the Gayes need not prove virtual identity to substantiate their infringement action.

The Copyright Office attempts to distinguish Taurus, urging the Ninth Circuit to give Taurus only thin protection, apply the “virtually identical” test, and affirm the jury verdict:

[Williams v. Gaye] did not involve an allegation that the infringing work copied only an arrangement of a small number of standard elements . . . the court did not consider the scope of protection for a single phrase comprising a small number of basic musical elements. The opinion should not be read as requiring more than thin protection for a portion of a musical work with such limited originality . . ..

Fundamentally, then, the allegedly copied material, as embodied in the deposit copy of Taurus, consists of the use and placement of a combination of basic and not copyrightable elements: the A-minor chord and the descending chromatic scale. While these elements have been selected and arranged to create the bass line pattern at issue, this particular combination, employing simple rhythm and the standard technique of arpeggiation, is itself relatively simple. Such a combination is subject, at most, to a thin copyright; there are not many ways to express this type of chromatically descending arpeggiated bass line and have it still be recognizable as such. Providing broad protection would effectively result in the protection of a musical idea, granting a monopoly on a common musical convention. Infringement should therefore occur only if the allegedly copied portion appears virtually identically in the two works.5

Not surprisingly, Skidmore takes a contrary view. He has filed a supplemental brief, responding to the Copyright Office’s amicus brief, arguing that “‘thin copyright ‘applies not to the ‘broader protection accorded artistic works,’ but instead to functional, fact-driven, or scenes a faire copyrights where there are a limited number of ways to express the ideas contained in the work.” In another filing (responding to the amicus briefs filed by intellectual property professors and musicologists), Skidmore asserts that “nowhere has this Circuit, or any Circuit, ever applied ‘thin’ copyright or virtual identity to music copyright cases, and have in fact at all points specifically warned against applying the concept to such artistic works.”

How the Ninth Circuit will handle this dispute is important to the future of music copyright law. However, the most immediate problem with the Copyright Office’s argument is that it is asks the appeals court to make a finding that the trial judge declined to make. The trial judge’s jury instructions make clear that while the jury could consider Taurus’s non-original or public domain elements in its deliberations, the judge did not conclude that Taurus was limited to those elements. Accordingly, the jury instructions use the “substantial similarity” test. Although its possible, it seems unlikely that the appeals court will make a ruling that the trial judge declined to make following courtroom testimony by experts on both sides of the case.

However, the issue raised by the Copyright Office needs to be viewed in a broader perspective. It is beyond dispute that copyright law struggles with music infringement. The broad application of copyright principles to works of varying types is one of copyright’s strengths, and has given copyright the ability to adapt to new forms of expression, from photography in the late 19th century to software today. However, these principles face a challenge when it comes to music, where copying and borrowing between musicians is an accepted part of musical practice and the venerable copyright law “idea/expression” distinction has little or no meaning.

The Ninth Circuit could resolve the two extremes presented by the Copyright Office and the parties in this case (“substantial similarity” vs. “virtual identity”) with a more flexible legal test that (except in the most extreme cases), leaves the decision up to the jury. Under this test the judge would instruct the jury that to the extent the jury finds the plaintiff’s music to be comprised of basic, common or public domain elements the jury should give it “weaker” protection. At the other extreme protection should be stronger. However, it would not be a judge-determined either/or test (as is the law today), but a flexible test where the jury would apply the standard on a continuum between these two poles.

For example, Rick Beato makes a convincing case that Taurus uses a musical phrase contained in many pre-Taurus popular and classical pieces of music. If the jury is persuaded by an expert presenting this evidence, it would be free to conclude that the copyright in Taurus is thin, and judge Stairway To Heaven based on the “virtually identical” standard, or toward that end of the continuum. If Skidmore’s expert had persuasive evidence and opinion to the contrary, the jury might apply a standard more in the direction of “substantially similar.” However, in all but the most obvious cases that would be a decision for the jury, not a judge.

Beyond this, it would be welcomed if the Ninth Circuit took this opportunity to clarify or simplify music copyright law, which must be incomprehensible to most jurors. A glance at the jury instructions in Skidmore v. Led Zeppelin illustrates this (see, in particular instruction 21, which asks the jury to apply the dreaded Ninth Circuit “extrinsic/intrinsic similarities” test).6 It’s indisputable that the jury instructions in copyright cases are head-scratchingly complex to jurors (and to many lawyers). It’s not fair to musicians or jurors to require them to apply a body of law that has devolved to this level of complexity.

Sadly, the Ninth Circuit is known for moving in the direction of greater complexity, not less. Regardless of the outcome of this particular case, the odds are that the en banc decision in Skidmore v. Led Zeppelin will leave music copyright law in an even worse state than it is today.