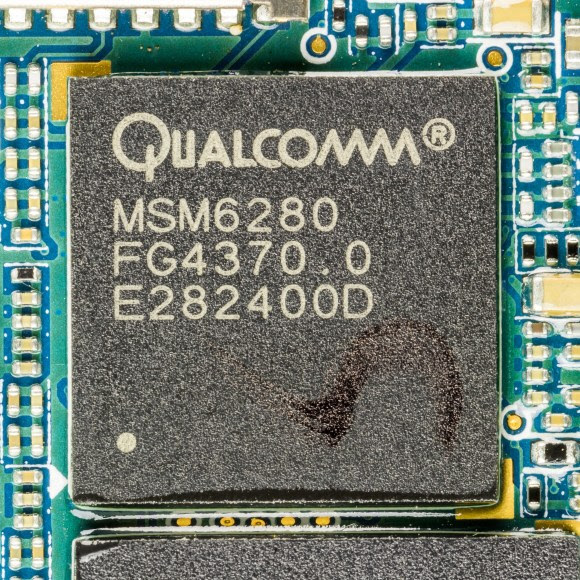 FTC and DOJ Face Off Over Antitrust And FRAND Licensing In FTC v. Qualcomm

Antitrust law in the United States is regulated by both the Antitrust Division of the Department of Justice (DOJ) and the Federal Trade Commission (FTC). Usually, these two agencies are able to reach a common understanding on antitrust policy and enforcement. Infrequently, they find themselves in disagreement. Currently, the proper antitrust treatment of standard-essential patents and patent-holder commitments to make these patents available on “fair, reasonable and non-discriminatory terms” is such an occasion. The disagreement has come to a head in FTC v. Qualcomm, now on appeal before the Ninth Circuit.

A technological standard adopted by a standard setting organization (an “SSO”) may sometimes be written in such a way that it is impossible to build a product or provide a service without infringing on one or more patents. When this happens and the patents are owned by a member of the working group creating the standard, the SSO may fear that once a standard is adopted the patent holder will take advantage of its SSO-granted market power and charge an excessive royalty to license the patents – that the patent owner will “hold up” companies that have made an irreversible investment (in a practical sense) in the standard.

To avoid patent hold-up the SSO tries to be sure that such “standard essential patents,” or SEPs, will be made available to every would-be implementer on “fair, reasonable and non-discriminatory terms,” or “FRAND.” These commitments take the form of a contract between the patent holder and the SSO, with implementers of the standard in the position of third-party beneficiaries.1 Tens of thousands of patents have been included in standards subject to FRAND commitments.

However, the use of standard-essential patents and FRAND commitments has given rise to a hotbed of legal controversy, one example of which is seen in the FTC’s antitrust case against Qualcomm.

FTC v. Qualcomm. Qualcomm is a dominant supplier of cellular modem chips (aka “thin modems”), a core component of mobile devices such as cell phones. It sells modem chips to mobile phone manufacturers (OEMs), such as Apple.

Specifically, the FTC challenged Qualcomm’s practice of refusing to sell modem chips to competing chip manufacturers, asserting that this violated Qualcomm’s FRAND commitments. The FTC also challenged Qualcomm’s practice of refusing to sell to OEMs unless they agreed to a separate patent license – what the court calls Qualcomm’s “no license, no chips” policy, and Qualcomm’s requirement that OEMs enter into exclusive supply agreements. The illegality of these practices was premised on the FTC’s allegation that Qualcomm possessed monopoly power in the modem chip market, and that it had acquired this power (and perpetuates it) with these practices.

The District Court Decisions. Federal district court judge Lucy H. Koh, sitting in the Northern District of California, issued two decisions in this case. First, in 2018 she ruled on summary judgment that Qualcomm’s non-discrimination commitments obligated it to make exhaustive SEP licenses available to modem-chip suppliers.2 However, the judge decided this issue based on principles of California contract law (not antitrust), holding that the terms of the TIA and ATIS intellectual property rights policies (IPRs) required Qualcomm to license its SEPs to competing modem chip suppliers on FRAND terms.

The second stage of the case was decided following a non-jury trial held before Judge Koh in early 2019. In a 233-page opinion issued on May 21, 2019, Judge Koh found that Qualcomm did possess monopoly power (approximately 90% market share), and that the practices challenged by the FTC constitute a violation of the antitrust laws. Judge Koh ordered broad injunctive relief against Qualcomm, ordering Qualcomm to abandon its “no license, no chips” policy, requiring it to make exhaustive SEP licenses available to modem-chip suppliers (i.e. direct competitors of Qualcomm), and ordering it to cease requiring exclusivity from OEMs. Qualcomm was ordered to negotiate or renegotiate license terms with customers to comply with this injunction.3

DOJ Antitrust and the FTC Diverge on SEP/FRAND Antitrust Policies. It was at this point that the DOJ formally interjected its views on the issues raised by this case. However, before discussing that, we need to set the stage for the current relationship between the FTC and DOJ on the topic of antitrust law and standard-essential patents.

As noted above, the DOJ and FTC are usually in agreement on issues of antitrust policy and enforcement. However, the antitrust treatment of standard-essential patents and FRAND commitments is controversial – it has been the subject of voluminous legal and economic literature and a large body of case law. Two central issues in the debate around SEP-patents are whether hold-up actually occurs in the marketplace,4 and whether SEP commitments should be subject to antitrust enforcement.

Prior to 2017 the two enforcement agencies were in agreement regarding patent licensing of standard-essential patents and the potentially anticompetitive consequences associated with patent hold-up. However, under the Trump DOJ the views of the two agencies have diverged. Much of this divergence appears to have been instigated by Makan Delrahim, the Assistant Attorney General for the Antitrust Division of the DOJ (the top position at DOJ antitrust).

Since being confirmed in September 2017, Mr. Delrahim has promoted his view that antitrust enforcers should shift their focus away from potential abuses by holders of patents (patent hold-up) in favor of greater scrutiny of licensees (what he calls implementer “hold-out”5): He has stated that “implementer hold-out poses a more serious threat to innovation than innovator hold-up.”6 He has also stated that a unilateral and unconditional refusal to license a valid patent should be per se legal under the antitrust laws, and that any violation of a FRAND commitment should be treated as a breach of contract, not subject to antitrust liability.7

As noted above, Mr. Delrahim is not alone in these beliefs – they are the subject of vigorous debate in the legal and economic communities. However, Delrahim’s approach to standard-essential patents and FRAND licensing is at odds with the legal theories underlying the FTC’s suit against Qualcomm and the policies of the pre-Trump DOJ Antitrust Division.8

While the DOJ’s filing is not signed by Mr. Delrahim (who has recused himself from the case, reportedly based on his representation of Qualcomm when he was in private practice), it reflects the legal principles articulated by Delrahim in his public statements. Notably, it challenges the district court’s finding that Qualcomm’s refusal to license its competitors violated antitrust law. At the heart of its brief the DOJ argues that –

Both in imposing liability, and in crafting a remedy, the court mistakenly converted a potential contractual breach into a Sherman Act violation, and ordered what amounts to specific performance. Converting contractual commitments into compulsory licenses, policed by treble-damage lawsuits, risks undermin[ing] important incentives for innovation by reducing the expected rewards below those that FRAND licensing permits.

In other words, it is the Antitrust Division’s position — in conflict with both the FTC and the district court judge — that a FRAND violation should be treated as a breach of contract, but not as an antitrust violation.

I expect that the DOJ (along with Qualcomm) will make this argument a centerpiece in Qualcomm’s full appeal. If adopted by the courts (either the Ninth Circuit or the Supreme Court on a further appeal), it would have a significant impact on the SEP licensing/standard setting ecosystem. Unlike a claim for breach of contract, antitrust liability carries with it the risk of treble damages, attorney’s fees and injunctive relief. It also allows for enforcement actions by the FTC and DOJ, in addition to private suits. If the DOJ persuades the Ninth Circuit or the Supreme Court to adopt this approach it will shift the balance of power between SEP holders and implementers in the favor of SEP holders, since to SEP holders the consequences of losing a FRAND case will be greatly lessened.9 And, it will result in reversal of the district court’s decision in FTC v. Qualcomm, since Judge Koh found (implicitly – she never actually states this) that the violation of a FRAND commitment by a monopolist may be both a breach of contract and an antitrust violation.10

Conclusion. Despite a lengthy trial in the district court and an important decision by the district court judge, it’s likely that FTC v. Qualcomm is only in the early innings. The case is on an expedited briefing schedule before the Ninth Circuit, and oral argument will be held in early 2020, with a decision likely before the end of 2020. The Supreme Court has never decided a case involving licensing of standard-essential patents, but this case raises important issues of antitrust and patent licensing, and given the stakes either party will be motivated to appeal an adverse decision by the Ninth Circuit. If the case does end up before the Supreme Court, it could well be a landmark case in patent licensing, with important implications for standard setting organizations.

My thanks to Andy Updegrove for reviewing this post and helping me to understand the nuances of standard essential patents.

First Update: Subsequently, on the merits of the appeal, the DOJ filed an amicus brief in support of Qualcomm (link).

Second Update: On August 11, 2020, the Ninth Circuit Court of Appeals reversed the trial court’s decision in this case. (link)