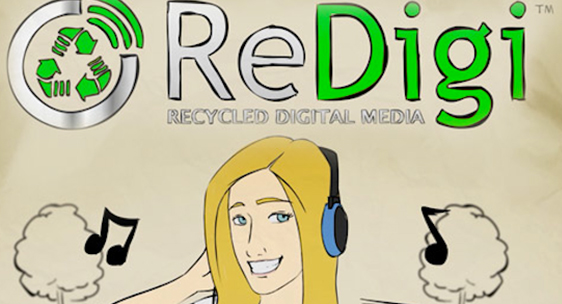 It’s a sad reality that when the record companies want to get serious, they sue not only companies that they claim have infringed their copyrights, but the owners of those companies. Capitol Records pursuit of Michael Robertson, despite the bankruptcy of MP3tunes, is a classic example. MP3tunes declared bankruptcy and shuttered its service, but Capitol Records (part of UMG), pursued Robertson individually, and obtained a $41 million verdict against him personally.

Capitol is using the same strategy against Redigi (“the world’s first pre-owned digital marketplace”). I’ve written about Redigi several times (see here, here and here). The last of these, Federal Judge Tells Redigi to Shut it Down, posted April 2, 2013, describes the New York federal court’s decision holding that Redigi’s digital resale business is not protected by the first sale doctrine. In that post I noted that Redigi could face millions of dollars in damages, and that liability might not be limited to the company:

Capitol may seek leave of court to add as defendants the individual owners and employees of Redigi that exercised control over or benefited from the infringement.  While Redigi could oppose such as motion as coming too late in the case, a decision would be at the discretion of the judge. As Capitol Records showed in its copyright suit against MP3tunes and Michael Robertson, Capitol is not above suing not only corporate infringers but their founders and owners. (See: The Record Labels Want My Minivan).* The philosophy of the record companies in many copyright cases may best be described as, “never kick a man when he’s down, unless that’s the only way to keep him there.” Capitol may be preparing to put on its steel toe boots in this case.

… According to the court decision Redigi consulted legal counsel before launching Redigi and engaging the recording industry in a test case. One can only hope that the attorneys Redigi consulted reminded Redigi of the Chinese proverb, “A piece of paper, blown by the wind into a law court, may in the end only be drawn out again by two oxen.”

specifically alleges that the Individual Defendants were responsible both for the technology ReDigi used and for employing that technology through ReDigi’s business. It also alleges that each of ReDigi’s key activities was performed either at the behest of, or with the approval of, the two Individual Defendants. These are precisely the sorts of factual allegations that, if true, make a corporate officer personally liable for copyright infringement. … the rule is that a corporate officer is personally liable for the corporation’s infringement if he had the ability to supervise the activity and a financial interest in it, or if he personally engaged in the infringing activity.

This development just serves to thicken the plot in a case that many observers have been hoping will make it to the Second Circuit on appeal.

Will the judge’s refusal to dismiss Ossenmacher and Rudolph as defendants (albeit only on a motion to dismiss, which is by no means a final decision) now be enough to force Redigi to shut its doors? Would closure of Redigi be enough to settle the claims against the two individuals, or is Capitol out to make an example in this this case?

On the other hand, it’s possible that the founders of Redigi were well-advised before starting this company, and that they put their personal assets beyond the reach of creditors. Redigi made much of the fact that its technology was vetted and approved by a legal team before they released their service. Hopefully, this included a strategy to frustrate Capitol’s attempt to reach their personal assets.