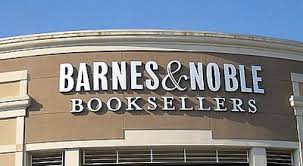 Online companies have often found it challenging to create enforceble terms of service (“TOS”), and the courts aren’t making it any easier. Perhaps the courts have concluded that, now that the Internet is an established commercial medium, they are not going to cut vendors any slack.

The latest decision illustrating this is the Ninth Circuit’s August 18, 2014 holding in Nguyen v. Barnes & Noble, holding that Barnes and Noble’s browsewrap agreement was not enforeable.

A website “browsewrap” agreement is where the online terms are posted on a site, typically via a link on the site’s homepage. By contrast, a “clickwrap”

requires the website user to take some affirmative action before engaging in a transaction (such as an online purchase). Typically this amounts to clicking a box on the site indicating that the user agrees to the site’s terms and conditions.

Where the user is not asked to “check the box” and the website relies on the posting alone, things can get messy. Barnes & Noble tried to impose an arbitration clause on a consumer based on a browsewrap, but the Ninth Circuit held that B&N’s browsewrap was not enforceable. Here, as is often true in these cases, the issue came down to vague factors such as where the terms were presented, and whether “a reasonably prudent user” would be put on notice of the terms. In this case, B&N didn’t do enough:

In light of the lack of controlling authority on point, and in keeping with courts’ traditional reluctance to enforce browsewrap agreements against individual consumers, we therefore hold that where a website makes its terms of use available via a conspicuous hyperlink on every page of the website but otherwise provides no notice to users nor prompts them to take any affirmative action to demonstrate assent, even close proximity of the hyperlink to relevant buttons users must click on—without more—is insufficient to give rise to constructive notice. … the onus must be on website owners to put users on notice of the terms to which they wish to bind consumers. Given the breadth of the range of technological savvy of online purchasers, consumers cannot be expected to ferret out hyperlinks to terms and conditions to which they have no reason to suspect they will be bound.

It is far from clear what constitutes a “conspicuous hyperlink” that would satisfy the test in this decision, but online business should stick with clickwrap agreements, rather than push the envelope with browsewraps. For a similar case that I wrote about in 2012, see Online Agreements – Easy To Get Right, Easy To Get Wrong.