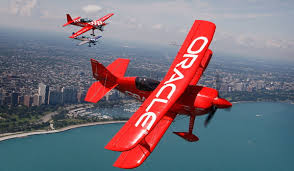 Oracle faces a tough call following the Ninth Circuit’s August 29, 2014 decision in Oracle Corp. v. SAP AG. Should Oracle accept the $ 356.7 million in copyright damages the Ninth Circuit authorized on appeal, or roll the dice for a new trial, gambling that it can do better?

I’ve written about this case before (see Oracle and SAP Avoid a Retrial, Go Directly to Appeal, in the Other “Tech Trial of the Century”). As I discussed in that September 2012 post, in 2010 Oracle won a record $1.3 billion copyright infringement jury verdict against SAP.  However, the trial judge held that the jury’s “hypothetical-license” damages award was based on undue speculation, and ordered remittitur, reducing the judgment to $272 million, and giving Oracle the choice of accepting that amount or retrying its damages case. Oracle and SAP then entered into a complex stipulation that allowed the parties to avoid an immediate retrial and permitted Oracle to appeal the district court remittitur order. The terms of the stipulation were as follows:

Now, assuming Oracle does not appeal to the Supreme Court, decision day has arrived for Oracle. The Ninth Circuit rejected Oracle’s appeal that it reinstate the $1.3 billion, but did up the amount the district court had arrived at on remittitur ($272 million) by $84.7 million to $356.7 giving Oracle the choice of accepting that amount to end the case, or proceed with a new damages trial.

licensed the infringed material to recover on a hypothetical license theory (an argument pressed by SAP, since it was undisputed that Oracle would never have licensed the work at issue to SAP), Oracle had failed to present sufficient non-speculative evidence to support the jury’s award of $1.3 billion. This left Oracle with the maximum amount the evidence established based on an alternative damages theory — Oracle’s lost profits plus SAP’s illegal profits — an amount the Ninth Circuit concluded was not $272 million, but $356.7 million.

My prediction: fast and furious negotiations will commence, and the case will settle. Oracle’s chances of recovering materially more than $356.7 million on retrial, given the Ninth Circuit opinion, are negligible, given that Oracle probably put on the best “lost profits/illegal profits” case it could at the first trial. However, Oracle’s chances on improving on that number are not zero, so Oracle will probably be able to obtain more than $356.7 million in a negotiated settlement, but not a great deal more. The settlement is likely to be private, so we may never know the precise amount.

Caveat: Larry Ellison gets to make the call on this for Oracle, and he might be more likely to roll the dice on a retrial than your average CEO.