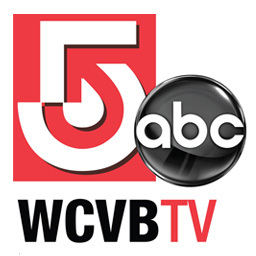 Why Did Broadcasters Use a Local Affiliate to Challenge Aereo in Boston?

Why did a Boston affiliate of ABC file suit a major copyright infringement action against Aereo in Boston, rather than ABC itself? Or another major broadcaster, such as CBS, NBC or Fox?

On May 15th, in a post titled “Does Second Circuit Decision Determine Copyright Legality of Aereo “Antenna-Farm” System Nationwide?”, I discussed the fact that Aereo had filed a preemptive suit in the Southern District of New York. The suit asked the federal district court to enjoin the major broadcasters (ABC, NBC, CBS, Fox) from filing what Aereo called “duplicative-follow-on suits” or “do-overs.” Aereo was attempting to prevent the broadcasters from following it around the country and filing a new copyright infringement lawsuit in each circuit in which Aereo launched its service. Aereo argued that the opinion of the Second Circuit Court of Appeals in WNET v. Aereo, holding that Aereo’s retransmission of over-the-air broadcasts do not violate broadcaster copyrights, was binding nationwide on the plaintiffs in that case.

However, as I pointed out in May, even if that legal argument were to be successful, at best it would only be binding on the plaintiffs in that case. For example, while ABC was a plaintiff in New York and could, conceivably, be bound nationwide by the Second Circuit decision, Aereo could not stop a non–party, such as a local affiliate, from bringing suit in another district.

In fact, that is precisely the strategy the broadcasters have followed in Boston, the second market  in which Aereo has released its service. The sole plaintiff in the Boston case is a local ABC affiliate station, WCVB–TV. The complaint emphasizes WCVB’s copyright rights in its original, local programming (Chronicle, CityLine, news and weather), shows in which WCVB, not ABC, owns the copyrights.

Now you know why a local affiliate sued Aereo in Boston.