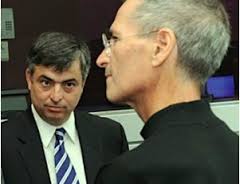 U.S. v. Apple: Where Were the Lawyers?

All antitrust cases are tried twice – once before the appeal, and once after the appeal. anon

The district court decision in U.S. v. Apple presents about as clear a case of price fixing as one can imagine.  Apple participated in a conspiracy with five of the “Big Six” publishers (an incestuous group based entirely in Manhattan) to raise prices for e-books above the $9.99 price charged by Amazon.

This was not subtle stuff—it was conduct worthy of the classic 19th century price fixers that led to enactment of the Sherman Antitrust Act in 1890. Secret meetings among competitors to figure out a way to stop the hated price-cutter (Amazon), a White Knight that facilitates the conspiracy to foil the price-cutter (Apple), and an industry with its feet deeply planted in tradition (book publishing) under assault from a new technology (e-book publishing).

The only thing that makes this price-fixing conspiracy different from those in the 19th century is the massive email trail that the parties left, making the government’s courtroom proof that much easier. At least the classic price-fixers had the sense to keep up a pretense of secrecy, and not leave a trail of writings that would be their undoing in court.

Despite loud criticism of the district court decision from some quarters (see, for example, Guilty of Competition, WSJ, subsc.), it’s difficult to imagine that this decision will be overturned by the Second Circuit or (as the Journal wishfully dreams), the Supreme Court. Horizontal price fixing is per se illegal, and Apple acted as the ringmaster for the price fixing in this case. If there is one thing that is certain in antitrust law (an exceptionally difficult area of law with a very high reversal rate), there is no justification for price fixing. Amazon may have had a 90% market share of the e-book market. Amazon’s 9.99 e-book price may have been below the wholesale cost it paid to the book publishers. The book industry and authors may have been suffering economic harm from Amazon’s aggressive pricing. Amazon’s pricing, along with the growth in e-books, may have threatened to disrupt the book publishing industry in ways never before seen in that industry.

However, under antitrust law none of this matters: the Apple/publisher conspiracy to force book prices above the Amazon price of 9.99 was per se illegal, and no “justification” is relevant.

In light of this, a curious question arises: where were the lawyers? Apple has

a huge legal department, and surely some of the lawyers involved in this massive attempt to corral the “Big Six” book publishers and help them raise prices industry-wide had at least a rudimentary knowledge of antitrust law. Any lawyer who takes antitrust in law school, or studies the topic even casually, comes away remembering one thing: price fixing is per se illegal. The law tolerates no excuse.

Not surprisingly, there is no mention of legal advice Apple or any of the publishers received on the implications of their actions under antitrust law; after all, these communications would have been attorney-client privileged. It is possible that lawyers for Apple or the publishers were pulling their hair out warning  their clients that they were taking terrible risks under the antitrust laws. It is possible that Apple and the publishers that joined in this conspiracy decided that the benefits of their plan outweighed the risks, although that is difficult to imagine. After all, given the large number of people involved, and the way the plan unfolded publicly, there was no chance that the plan could be kept “secret.” The result: a pre-trial settlement by all of the publishers and an embarrassing lawsuit for Apple (the full implications of which remain to be seen), were predictable.

And, business executives don’t often ignore their lawyers’s advice. One would think that attorney’s for one of the publishers would have warned it, and that the forewarned publisher would have mentioned this in one of its emails with Apple or the other publishers (which would not be privileged). However, in the 160 page decision, there is no hint of this.

So, the question remains unanswered, and puzzling: where were the lawyers?

This case may fall within the maxim that all antitrust cases are tried twice, but it seems unlikely. Perhaps, as some have argued, application of the per se doctrine in the context of this case (industry joint action to create a counterweight to a company with monopoly power) is bad economic policy.* But it seems unlikely that the courts will choose this case in which to deviate from over a century of antitrust doctrine.

*A counter-argument is that the Department of Justice under-reacted, and that it should have brought criminal charges under the antitrust laws, rather than merely civil charges.