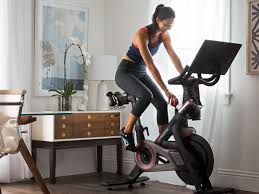 [This post was updated in September 2019:  “Contract, Combination or Conspiracy” – Can Peloton’s Lawsuit Survive the Music Publishers’ Motion to Dismiss?]

Can a trade association negotiate sales or licenses on behalf of its members? Can it tell members, “don’t negotiate individually with a specific purchaser, and if you are already in negotiations with that purchaser cut them off and let us negotiate on behalf of you and other members”? At what point does this conduct become an antitrust violation?

These are the issues raised in a lawsuit between Peloton Interactive, Inc. on the one hand, and a group of music publishers and the National Music Publishers Association, Inc. (NMPA) on the other.

Peloton and Music Licensing. Peloton sells high-end, in-home stationary bicycles. An important feature of Peloton’s service is music-backed, instructor-led workout classes streamed to users via a built-in video screen. Some of these classes are broadcast live, and many are recorded and accessed on-demand.

A sync license does not fall under any of the compulsory license provisions of the Copyright Act, and therefore sync licenses must be negotiated directly with the publishing companies that hold the copyrights. Here, it seems, is where Peloton’s attempt to acquire music rights fell short – Peloton was able to purchase blanket or “catalog-wide” sync licenses from what it calls the “major” publishers2 and many (but not all) “independent” publishers.

The Publishers’ Copyright Suit. In March 2019 nine independent publishers filed suit against Peloton, claiming copyright infringement of more than a thousand musical works and seeking total damages as high as $150 million. According to the publishers Peloton transmitted these compositions with exercise videos without a sync license.

Based on the complaint the publishers appear to have a strong case, and it is unlikely that their core allegation – that Peloton was using these songs in videos without sync licenses – was false. If true, Peloton is looking at a significant settlement (or worse, a large court judgment). And, Peloton didn’t assert a credible public defense to the suit – in fact, it reacted by withdrawing the songs at issue from the library of tunes available to its instructors.

But it’s often the case that the best defense is a good offense, and Peloton has attempted to strike back in its countersuit.

NMPA has instigated a coordinated effort with the Counterclaim Defendant music publishers to fix prices and to engage in a concerted refusal to deal with Peloton. Through these actions, NMPA has exceeded the bounds of legitimate conduct for a trade association and become the ringleader of concerted activity among would-be competitor music publishers, all in violation of the antitrust laws. . . . NMPA first sought to extract supracompetitive license terms from Peloton by negotiating collectively on behalf of a large (though unidentified) number of member publishers. . . . When NMPA’s collective negotiations with Peloton later stalled (for reasons NMPA never disclosed to Peloton), Peloton pursued direct negotiations with a number of music publishers. After participating in seemingly meaningful negotiations, however, several of the Coordinating Publishers suddenly — and virtually at the same time — cut off their negotiations and collectively refused to deal with Peloton. This refusal to deal with Peloton was at the urging of NMPA …

Does Peloton have a viable antitrust claim? It’s a close call.

Buying Groups and Selling Groups. To understand the antitrust issues here I start with the concept of buying groups, or group purchasing organizations. The courts have recognized that most buying groups are economically efficient and (for example), enable small retailers to compete more effectively with larger retailers. Consequently, buying groups are “not a form of concerted activity characteristically likely to result in predominantly anticompetitive effects.” Northwest Wholesale Stationers v. Pac. Stationery & Printing Co. (USSC 1985). So long as the members of the buying group have a market share of less than 40% of buyers, they are protected by an FTC and court-approved safe harbor from antitrust liability for group negotiation of “input prices.”

However, the same is not true of “selling groups” – competitors who agree to set “output prices” at which they will sell or license their products. Output pricing by members of a trade association can easily cross the line over into price fixing, a per se violation under the antitrust laws.

“Hub-and-Spokes” Conspiracy. And that is what Peloton alleges occurred here. The antitrust theory behind Peloton’s counterclaim appears to be based on a “hub-and-spokes” conspiracy, similar to United States v. Apple (2nd Cir. 2015), where Apple acted as the organizer of an illegal horizontal price-fixing conspiracy among publishers in the e-book market.3 Peloton alleges that NMPA has acted as a “ringleader” similar to the role played by Apple in that case.

Twombly “Plausibility.” However, the NMPA and the publishers have already informed the court that they intend to file a motion to dismiss Peloton’s counterclaim. This motion is likely to rely on the argument that the counterclaim fails to allege facts that satisfy the Twombly “plausibility” requirement required for pleading an antitrust conspiracy.4 The publishers are likely to argue that the complaint contains insufficient allegations of concerted action between the publishers to support the inference that the publishers engaged in a horizontal conspiracy. In other words, in the language of the hub-and-spoke metaphor, there is no “rim.”

On this record Peloton may be hard-pressed to meet the “plausibility” standard and persuade the court that the conduct at issue is not the result of independent decision making on the part of the publishers – that is, that they would be better off having NMPA negotiate with Peloton on their behalf then negotiating directly.

Consequences if Peloton Prevails. That said, court rulings on motions to dismiss are unpredictable, and unappealable by a losing defendant. If Peloton’s counterclaim does survive a motion to dismiss its antitrust case represents a real threat to NMPA and the publishers. Any damages Peloton can prove will be subject to trebling, and NMPA and the publishers may be liable for Peloton’s attorney’s fees, which in an antitrust case can be substantial. And, the publishers’ copyrights may be unenforceable against Peloton based on the doctrine of copyright misuse.6

To add to this, there are practical issues that are not immediately apparent from the court filings. Can Peloton’s law firm represent all ten defendants (NMPA and the nine publishers) against this counterclaim? Or, are there sufficiently different interests that will require the publishers to each retain separate counsel, increasing their overall defense costs?

If the publishers’ lawyers are representing the publishers on a contingent fee basis, did they agree that this would include the defense of any counterclaims? If not, are the publishers (many of which are relatively small entities) prepared to incur the substantial cost of defending a complex, multi-party antitrust suit? Are they prepared, on behalf of their artist clients, to risk losing the right to enforce their copyrights against Peloton under the copyright misuse doctrine?

I would venture that the answers to most of these questions is “no.” Quite likely, once the potential impact of Peloton’s counterclaim sinks in, and assuming the counterclaim survives the motion to dismiss, some of the publishers will negotiate directly with Peloton and settle their copyright claims in exchange for a release from Peloton’s antitrust claims, leaving fewer and fewer of the “starting ten” counterclaim defendants to fight with Peloton. As the number of publishers left in the case decreases, the pressure on the remaining publishers will increase, eventually forcing them to the settlement table.7 How NMPA, the alleged “ringleader” – which owns none of the music involved – will navigate this minefield and emerge from this litigation is an open question.

Update: The music publishers have filed a proposed amended complaint greatly increasing the number of compositions at issue – and therefore the damages they are seeking from Peloton. Link here.

Update: This case was settled after the court dismissed Peloton’s antitrust counterclaim. (Link)