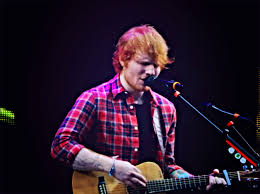 Ed Sheeran Should Settle “Lets Get It On”

It looks like the music copyright world is facing another high-profile infringement trial. This time the songs at issue are Marvin Gaye’s 1973 “Get Lets it On“1 and Ed Sheeran’s 2014 “Thinking Out Loud.” On January 2, 2019, a federal judge denied Sheeran’s motion for summary judgment in this case. Absent a settlement, the case will proceed to trial in federal court in New York.

I discuss a few of the interesting aspects of the Get It On case below, but the bottom line is that Sheeran should settle rather than take the risk of proceeding to trial.

Admissibility of pre-1978 Sound Recordings. One issue present in the Ninth Circuit cases and here as well is the admissibility of a pre-1978 sound recording, in this case Get It On, which was recorded in 1973. The plaintiffs have rights to the musical work (the composition), but they do not claim a copyright in the sound recording. However, the plaintiffs argue that under the 1909 Copyright Act (in effect in 1973) a musical composition’s copyright extends to it first mechanical reproduction – in other words the 1973 sound recording of Get It On. Sheeran disagrees.

The judge dodged this arcane issue, leaving it for a later stage of the case. He held that his ruling on Sheeran’s summary judgment motion would be the same whether or not the copyright extends to the sound recording. Given the Ninth Circuit’s ruling in the Stairway to Heaven litigation,2 it’s unlikely the plaintiffs will be able to use the 1973 sound recording to prove infringement. This would leave them in the awkward position that faced the plaintiffs in Blurred Lines and Stairway, where the juries did not hear the original recordings of the plaintiffs’ songs, and the plaintiffs were left with no choice but to have a witness perform the sheet music in court. While this is a positive for Sheeran, it’s not enough to overcome the negatives in this case, especially given his live performance of the two songs, as I discuss below.

Commonplace Musical Elements. With respect to the substantive merits of the case, Judge Stanton rightly noted that many elements of Get It On are unprotectable. However, the parties and their musicologist experts disagreed on whether the chord progressions and harmonic rhythms present in the two songs are unprotectable as commonplace musical elements. This, the court held, is a factual question to be determined at trial.

The problem that Sheeran faces is copyright law’s recognition that a musical work may receive copyright protection based on a combination of commonly used and public domain elements. As the Ninth Circuit stated in its Stairway decision, “there can be copyright protection on the basis of a sufficiently original combination of otherwise non-protectable music elements. . . . the selection and arrangement of public domain elements could be considered original.” This is Second Circuit law as well – a work “may be copyrightable even though it is entirely a compilation of unprotectable elements.”(Knitwaves, Inc. v. Lollytogs (2nd Cir. 1995)).

In cases involving protectible and unprotective elements the court must apply the “more discerning” test and “attempt to extract the unprotectible elements5 from consideration and ask whether the protectible elements, standing alone, are substantially similar.” (Knitwaves, supra). Complicating what can be a challenging task even for trained musicians is the Second Circuit’s seemingly contradictory instruction that “we have disavowed any notion that we are required to dissect the works into their separate components and compare only those which are in themselves copyrightable.” Rather, the court (and presumably the jury) is “principally guided by comparing the contested design’s total concept and overall feel with that of the allegedly infringing work . . . as instructed by our good eyes and common sense.”

In my experience, jurors are easily confused by substantial similarity instructions in copyright cases,6 and the state of the law in the Second Circuit is likely to make that problem even worse than usual. Add to that the risk that some (perhaps all) of the jurors may be musically unsophisticated and the trial of a case like this becomes even more of a coin toss than most jury trials. The case may be vulnerable to the opinion of one or two jurors who have a musical background or be familiar with the musical genres at issue in the case.

The Sheeran Video. The capstone of the plaintiffs’ case against Sheeran is the unusual fact that Sheeran performed Thinking Out Loud in concert, during which he transitioned back and forth between Thinking Out Loud and Get It On (4:30 in the video). This is likely a first in a music copyright case.

While the judge may not permit the jury to listen to the 1973 recording of Get It On, he will be hard-pressed to preclude the plaintiffs from playing this video at trial. The plaintiffs have a near-insurmountable argument that this is an admission that the two songs are substantially similar. In fact, the judge refers to this video in his decision, suggesting that the video will be admitted at trial.7 That may be all the jury needs to conclude that the two works have the same “total concept and feel” or “aesthetic appeal” (another substantial similarity copyright standard in the Second Circuit).

Sheeran Should Settle. I’m well aware that many trained musicians (and amateurs) have weighed-in on Sheeran’s side of this case, and they may well be right. However, it’s unlikely Adam Neely or Rick Beato, or any knowledgeable musician, will end up on the jury in this case. Sheeran is more likely to end up with what one online wag described as a tone deaf judge and joe sixpack jury.

Assuming the plaintiffs are not grossly unreasonable, Sheeran would be better off settling this case, rather than risking an unfavorable outcome at trial that is likely to cost him more money than a settlement and damage his reputation.8

Sheeran seems to know he’s in trouble. After the judge denied his motion for summary judgment he took the unusual step of asking the judge to rehear the motion or, alternatively, certify an interlocutory appeal to the Second Circuit, a motion the judge promptly denied. This motion had virtually no chance of success, and served only to signal Sheeran’s desperation as the case proceeds toward trial.

[Update, July 2019]: The judge is delaying the trial of this case pending the Ninth Circuit’s en banc decision in Skidmore v. Led Zeppelin. That decision will probably not arrive until Spring 2020, so the trial is likely delayed by at least a year. Court order here.