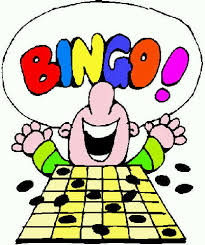 While practitioners and observers of patent law seemed to agree that Alice didn’t spell doom for software and business method patents, it was clear that it did mark the end for patents that do nothing more than recite a generic computerized implementation of an abstract idea.

While it is true that a patent may be obtained for “any new and useful process, machine, manufacture, or composition of matter, or any new and useful improvement thereof” (link), the Supreme Court has held, in a series of decisions, that there is an implicit exception to the patent statute: laws of nature, natural phenomena, and abstract ideas are not patentable.

In Alice the Court held that “abstract ideas” are not patentable unless they contain an “‘inventive concept’ sufficient to ‘transform’ the claimed abstract idea into a patent-eligible application.” While the precise line between an impermissibly abstract idea and a patentable process remained undefined in Alice (and may never be fully defined), one thing seems clear: once an invention is identified as an abstract idea, a generic computer implementation of that idea is not patentable.

Planet Bingo filed its patent application in 2000, long before the decision in Alice, and it was awarded the patent in 2002. The  system described in the patent allows players to select their own numbers and store them for later use, allows players to print off game tickets at the Bingo-playing site with those pre-selected numbers, and enables Bingo hall operators to track and validate these sets of numbers. However, obtaining a patent and enforcing it are two different things, and Planet Bingo ran headlong into a defense of patent ineligibility when it brought suit to enforce the patent against a competitor in federal district court in Michigan in 2012 (apparently only one of many cases filed by Planet Bingo). The federal district court declared the patent invalid under the Federal Circuit’s holding in Alice, and the Supreme Court’s 2014 decision in Alice sealed Planet Bingo’s fate when it appealed to the Federal Circuit.

In one of the first of what is likely to be many cases invalidating patents under Alice the Federal Circuit identified the steps set forth in the patent as an abstract idea because they are “mental steps which can be carried out by a human using pen and paper.” Furthermore, the Federal Circuit observed, these steps  can be “carried out in existing computers long in use.” The patent lacked the “inventive concept” essential to transform the patent’s ideas into a patent eligible invention. Accordingly, the patent was held invalid.

For a similar case invalidating a patent that claimed a system of computerized meal planning which the court described as a “computer program that allows the user to create meals from a database of food objects, … to change those meals by adding or subtracting food objects, and to view the dietary impact of changes to those meals on a visual display,” see DietGoal Innovations LLC v. Bravo Media LLC (S.D.N.Y. July 8, 2014) (patent “recites nothing more than the abstract concept of selecting meals for the day, according to one’s particular dietary goals and food preferences”).  This case also includes a helpful summary of the evolution of patent-eligibility in the Supreme Court from 1972 to 2014.