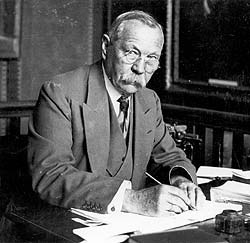 It may come as a surprise to some readers that fictional characters are protected by copyright law.  Even if the actual words used to describe a character are not copied, a “well delineated” or “especially distinctive” character may  receive copyright protection. Prominent examples from decided court cases include Rocky (under-appreciated, sullen, heroic boxer) and James Bond (British accent, tuxedos, “license to kill,” “stirred not shaken”). Unlike stock/stereotypical characters, Rocky and Bond have specific character traits and characteristics that entitle their creators (or owners) to claim copyright in these fictional characters. The more the character has unique, identifiable traits and plays a central role in the work in which the character appears, the stronger the copyright protection permitted by the courts. (If you’ve seen Guardians of the Galaxy, “Rocket Raccoon” is a classic example of a protectible character).

Who then, could be more entitled to a “character copyright” than the solitary, tobacco and cocaine-loving, deductive genius-detective Sherlock Holmes, one of the most popular and enduring fictional characters of the last century?* Clearly this character, as conceived by Sir Arthur Conan Doyle in works published between 1887 and 1927 meets this legal standard.

Today, whatever copyright remains in the 56 stories and 4 novels published by Conan Doyle featuring Sherlock Holmes is owned by the Conan Doyle Estate, Ltd., and the Doyle Estate has in the past, quite properly, sought royalties for the publication of these works and use of the Holmes character. However, under U.S. copyright law the copyright in the 4 novels and 46 of the 56 stories (all published before 1923) have expired, leaving only the 10 post-1923 stories covered by U.S. copyright protection.

Enter Leslie Klinger, who sought to publish an anthology of contemporary stories that used the Holmes “character.” The Doyle Estate made it clear that if he did this it would lead to legal action; the Estate took the position that because 10 stories were still under copyright, its copyright in the Holmes character continued to be protected by copyright. Klinger couldn’t get his anthology published with this legal threat hanging over him, so he brought suit to challenge the Estate, and the case ended up before a 3-judge panel of the Seventh Circuit Court of Appeals. The decision, which concluded that the Holmes’ character had entered the public domain by reason of the pre-1923 publications, was written by the inimitable Judge Richard Posner, an erudite, famous (among legal-types) 7th Circuit  judge.

Klinger’s argument was simple: if the character was created in the pre-1923 works and those works had entered the public domain, the Holmes character was also in the public domain. The Doyle Estate argued to the contrary, asserting that Holmes was a “complex” character  whose full complexity was not revealed until the post-1923 stories were published, and therefore the character should remain under copyright until those stories enter the public domain. In other words, because the Holmes character continued to be developed after 1923 his character remains under copyright protection. The Doyle Estate also described this as the difference between a “round” and a “flat” character, characters that evolve in a series of works (round characters) and those who do not (flat characters).

The Seventh Circuit didn’t come close to buying the Doyle Estate’s argument. While some minor aspects of Holmes’ character evolved in the post-1923 works (for example, he developed a more favorable attitude toward dogs), at most these new features in the in-copyright stories would be protected.  However, this would not serve to extend the copyright in the character features published in the works that are now out of copyright and in the public domain:

From the outset of the series of Arthur Conan Doyle stories and novels that began in 1887 Holmes and Watson were distinctive characters and therefore copyrightable. They were “incomplete” only in the sense that Doyle might want to (and later did) add additional features to their portrayals. The resulting somewhat altered characters were derivative works, the additional features of which that were added in the ten late stories being protected by the copyrights on those stories. The alterations do not revive the expired copyrights on the original characters.  . . .

This, however, was not the end of the matter. Mr. Klinger sought the attorney’s fees he incurred in defending against this appeal, and in a decision dated August 4, 2014, the Seventh Circuit (again in an opinion written by Judge Posner), awarded him approximately $30,000 in fees. It is well known that Judge Posner is critical of owners of intellectual propertty who extort small sums from defendants who may not be infringing, but who chose to pay a small amount in settlement rather than a large sum for a successful defense. Judge Posner, writing for the same 3-judge panel, stated –

The Doyle estate’s business strategy is plain: charge a modest license fee for which there is no legal basis, in the hope that the “rational” writer or publisher asked for the fee will pay it rather than incur a greater cost, in legal expenses, in challenging the legality of the demand. … [Klinger] performed a public service—and with substantial risk to himself, …. The willingness of someone in Klinger’s position to sue rather than pay Doyle’s estate a modest license fee is important because it injects risk into the estate’s business model. As a result of losing the suit, the estate has lost its claim to own copyrights in characters in the Sherlock Holmes stories published by Arthur Conan Doyle before 1923. For exposing the estate’s unlawful business strategy, Klinger deserves a reward but asks only to break even. . . .It’s time the estate, in its own self-interest, changed its business model.

While Klinger won before the Seventh Circuit, this case may not be over – The Doyle Estate has indicated it intends to appeal to the U.S. Supreme Court.

[Update November 6, 2014: The Supreme Court denied review of this case]