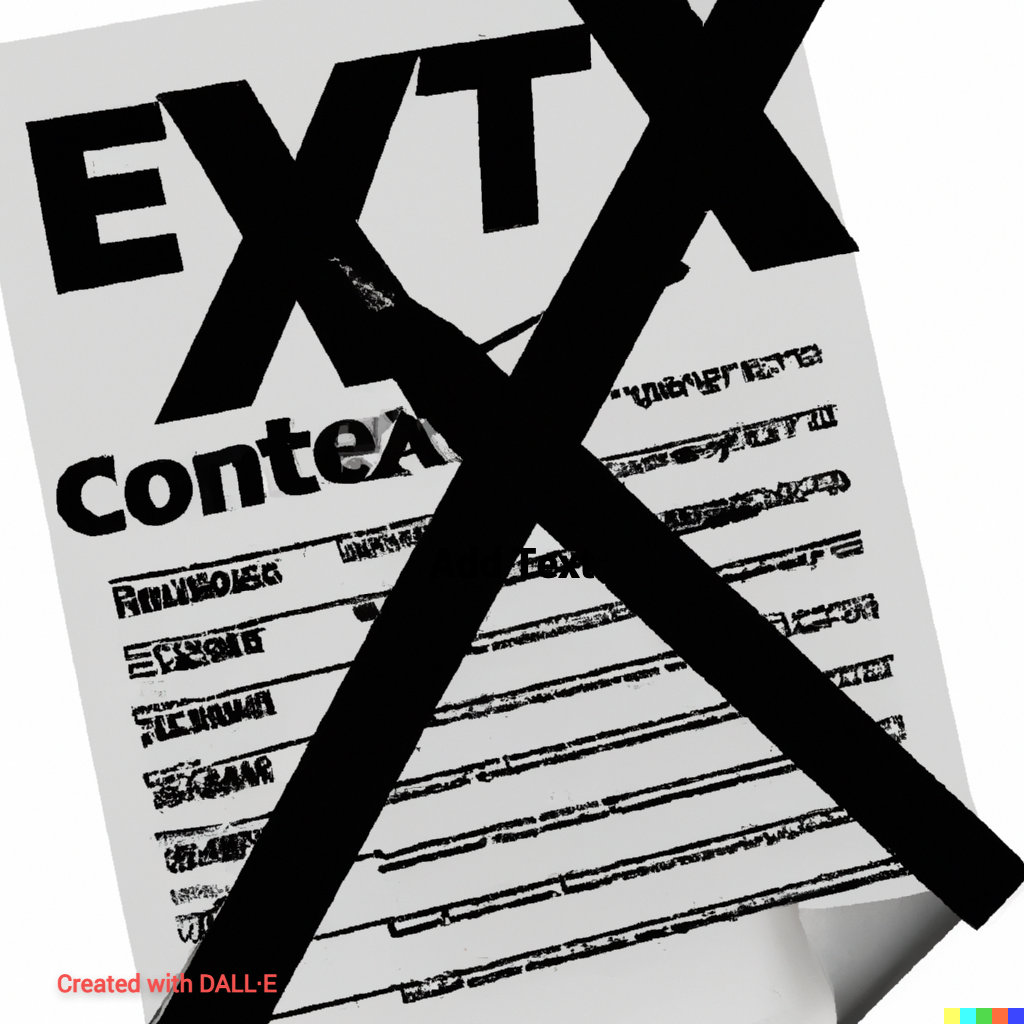 The FTC: Non-Compete Agreements Must Go

There aren’t many issues in business law as divisive as non-compete agreements. Some people believe that non-competes are essential to protect trade secrets and confidential information. Critics argue that they suppress wages, reduce competition and keep innovative ideas from breaking into the market. In the eyes of many critics they are a contractual form of involuntary servitude. We’ve encountered many employees who were unaware that their employment agreements contained a non-compete clause until they tried to leave their job, or who were under the mistaken impression that noncompetes are legally unenforceable.

Despite this controversy, changes to noncompete law have been complicated by the fact that non-compete agreements are creatures of state law. Every state has its own body of non-compete law. Sometimes the law is based on statute, and sometimes it’s judge-made common law.

Among the states there is enormous variation. Some states, notably California, have laws that make non-competes unenforceable. In Massachusetts judges enforced non-competes under common law for decades until, in 2018, the state passed a law severely restricting them. In New York non-competes are enforceable, but there is no statute, just judge-made common law.

Non-compete agreements are so state specific that if a client asks us to advise on a non-compete subject to the laws of a state other than Massachusetts we have to consult a lawyer in that state who knows the intricacies of that state’s laws.

All of this may be about to change.

In 2016 the federal government entered the debate over non-compete agreements for the first time when the Obama administration issued reports critical of non-competes and suggesting policy changes. (2016 Treasury Report; 2016 White House Report).

This initiative was dormant during the four years of the Trump administration, but was revived in July 2021 when the Biden White House released an Executive Order on Promoting Competition in the American Economy “encouraging” the FTC to “exercise the FTC’s statutory rulemaking authority under the Federal Trade Commission Act to curtail the unfair use of non-compete clauses and other clauses or agreements that may unfairly limit worker mobility.”

The wheels of the law grind slowly but now – 18 months later – the FTC has proposed a rule that would ban all non-competes for both employees and independent contractors, as well as nondisclosure agreements that act as “de facto” non-competes. There are exceptions (most notably non-competes entered into as part of the sale of a business), but most non-compete agreements – including those currently in effect – would be prohibited.

The FTC’s “overview” of the proposed rule captures the “anti-non-compete” arguments:

About one in five American workers—approximately 30 million people—are bound by a non-compete clause and are thus restricted from pursuing better employment opportunities. A non-compete clause is a contractual term between an employer and a worker that blocks the worker from working for a competing employer, or starting a competing business, typically within a certain geographic area and period of time after the worker’s employment ends. Because non-compete clauses prevent workers from leaving jobs and decrease competition for workers, they lower wages for both workers who are subject to them as well as workers who are not. Non-compete clauses also prevent new businesses from forming, stifling entrepreneurship, and prevent novel innovation which would otherwise occur when workers are able to broadly share their ideas.  The Federal Trade Commission proposes preventing employers from entering into non-compete clauses with workers and requiring employers to rescind existing non-compete clauses. The Commission estimates that the proposed rule would increase American workers’ earnings between $250 billion and $296 billion per year. The Commission is asking for the public’s opinion on its proposal to declare that non-compete clauses are an unfair method of competition, and on the possible alternatives to this rule that the Commission has proposed.

It’s not uncommon for federal law to preempt state law, and that would be the case under this rule – the rule would supersede any conflicting state law. In other words, the rule would render almost all state non-compete laws – statutory or judge-made – obsolete. Employers, regardless of size, would be required to notify employees that any existing noncompete clause has been rescinded.

If it became law this rule would be a sea change in noncompete law and, more broadly, employment law. Decades of established non-compete law would be wiped from the books.

The implications have many lawyers who work in the areas of non-compete agreements and employment law pinching themselves to make sure they’re not dreaming.

I’ll write in more detail about this proposed rule as the rulemaking process proceeds, but here are a few initial observations:

First, like many federal laws or agency rules the law is complex – it weighs in at over 1400 words. If it becomes effective its full implications will be understood through further explanation from the FTC and interpretation by the courts. The “de facto” provision alone – which would treat some nondisclosure agreements as non-competes – is ripe for litigation. In other words, there’s a lot to unpack here.

Second, should this rule become effective it can be challenged in court, and almost certainly will be. In fact, the sole Republican FTC Commissioner, Christine Wilson, has already issued a dissenting statement criticizing the proposed rule on substantive grounds and outlining the possible bases for challenging the FTC’s rulemaking authority for this proposed rule. The first of these is likely to be that the rule exceeds the FTC’s authority to regulate“unfair methods of competition.”

Third, federal agency rules are not statutes – they can be reversed by later rules, and in that respect they are somewhat impermanent. The implications of an “on-again/off-again” federal non-compete policy are harrowing to contemplate.

Fourth, what should you do while this rulemaking is pending? The answer is probably nothing – if you’re an employer that uses noncompetes it’s business as usual, along with “watchful waiting,” to borrow a medical term. Theres no reason to change your business practices until the proposed rule becomes effective. Worst case, any noncompetes you enter into during this period will be void. Of course you want to have a nondisclosure provision in your form of employment agreement, but you probably have that already, so it’s likely no change will be required.

If you’re a prospective employee and you’re evaluating a job offer that requires a noncompete, you should be on the defensive and negotiate terms. Again, this rule may never come to fruition, and your noncompete may be fully enforceable. Don’t assume that it won’t be.

Lastly, an essential element of rule-making is that the public gets to submit “comments” on the proposed rule, which – at least in theory – the FTC considers before finalizing the rule. However, in the world of federal agency rule-making, “comments” can include extensive legal and economic analyses and industry position papers. We can expect a flood of comments and a robust debate on this proposed rule, perhaps followed by public hearings. By the time the rule takes effect – if it ever does – it may be substantially different from what has been proposed.