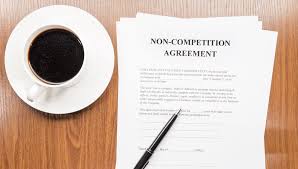 The Massachusetts Legislature has attempted to pass legislation regulating noncompete agreements every year since 2009. This year, it finally succeeded. The new law, which Governor Baker signed on August 10, 2018 and which is effective October 1, 2018, makes important changes to the body of Massachusetts non-compete “common-law” that has evolved over decades in the courts.

Here are the highlights of the new law.

Not Retroactive. The law is not retroactive. Any noncompete entered into before October 1, 2018 (for convenience I refer to this as “2018”) is unaffected. This means that, as a practical matter, there will be two bodies of law: judges will apply the “old” court-made common law to pre-2018 agreements, and the new statute, along with the common law that is unaffected and therefore remains in place,  to agreements entered into after 2018.

Formalities. For a non-compete to be enforceable the employer must follow certain procedural formalities. The most important of these is that a written noncompete agreement must be provided to the employee before a formal offer of employment is made, and at least 10 days before employment begins. This means that the new employee can’t be ambushed with a noncompete after accepting a new job. “Nice to meet you, can you start work tomorrow?” will become a thing of the past, at least where the employer wants a noncompete in place.

The law does not address how an employer/employee negotiation factors into this 10-day requirement – if an employer gives a prospective employee an agreement 10 days in advance of the start date but the agreement is negotiated and changed, must the start date be pushed back to accommodate the 10-day requirement? I would think not, since the purpose of the 10 day notice period is to give the employee time to consider the noncompete and not be ambushed at the last minute, but until a court rules on it, this is an open question.

The One Year Limitation. A noncompete agreement may not impose a “restricted period” (the law’s term for the post-employment period the noncompete is in effect) longer than one year. I don’t view this as a significant change since one year or less has become the de facto standard in Massachusetts in recent years.

However, there is an exception: the agreement may be as long as two years if the employee breaches a fiduciary duty to the employer or unlawfully takes physical or electronic property belonging to the employer. Since, as a practical matter, employers will only learn this after-the-fact (during or following employment), this means that agreements may include an “alternative” provision (what Boston attorney Russell Beck calls a “springing noncompete”) that will “spring” into effect only if an employee engages in one of these violations.

Employees Terminated Without Cause/Laid Off. A noncompete agreement may not be enforced against certain categories of employees. The most important group is employees terminated without cause or laid off. This means that noncompetes will only be enforceable against employees who voluntarily resign or who are terminated for “cause” – a term usually described in an employment agreement.

This is a significant change from the pre-2018 law. However, it comes with the risk that some employers may broaden the definition of “for cause” termination in employment agreements or unjustifiably terminate an employee for cause in order to make a noncompete enforceable. If this happens the burden will be on the employee to show that the for-cause termination was unjustified. Whether the courts will find some way to penalize an employer who makes a mistake on this issue or acts in bad faith remains to be seen.

Hourly Employees Exempt. The law does not permit enforcement of noncompete agreements against “non-exempt” employees (such as hourly employees eligible for overtime) and students.

Employers have been criticized for unfairly restricting the job opportunities of workers in these groups. However, despite the publicity around a few high-profile, patently unfair (and unenforeable) cases where college students and low-paid hourly workers were required to sign noncompetes, these situations have been rare.

Noncompetes and the Sale of a Business. Massachusetts common law has treated noncompete agreements tied to the sale of a business more liberally than employer/employee agreements. The new law does not change this – it does not regulate noncompetes entered into by business owners in connection with the sale of a business. Often, agreements in this category are quite lengthy – three to five years is not uncommon – and this will not change.

This is an important exception that employers will take advantage of – a prohibition on soliciting customers of the former employer can substitute for much of what a noncompete accomplished for the employer, particularly in the case of employees involved in sales. However, this is not a blank check to impose a lengthy non-solicitation restriction, since these agreements will still be subject to the reasonableness standard of Massachusetts common law. And, the law around what constitutes a “solicitation” is not entirely clear.

Garden Leave. The section of the law that has rightly received the most attention is the “garden leave” provision, which will be unique to Massachusetts. This requires the employer to continue paying the employee, during the restricted period on a pro rata basis, no less than 50% of the employee’s annualized base salary, thereby financially enabling the employee to putter around in her garden during the restricted period (we can thank the  Brits for the expression “garden leave”). The provision providing for this payment must be included in the non-compete agreement.

However, the law contains what appears to be a major loophole: the employer and employee may agree on “other mutually-agreed upon consideration.” While the interpretation of this phrase is likely to be the subject of litigation, on its face there is nothing in the law requiring that the agreed upon consideration be “reasonable.” For example, in theory the parties may agree that the employee will receive garden leave payments in an amount significantly less than 50%. Or, the parties could agree that the employee will receive a small signing bonus in lieu of post-employment garden leave.

Whether there are any limits to how far below 50% of base salary an employer can go, or what other forms of alternative consideration will be acceptable, will have to be determined by the courts.

Noncompetes After the Employee Has Started Work. In cases where an employer fails to ask an employee to sign a noncompete when hired, employers sometimes will ask employees to enter into noncompetes after they have started working, sometimes months or even years later. Whether the employee’s continued employment is adequate consideration to the employee for such an agreement has been the subject of legal controversy: most cases, but not all, have held that continued employment is sufficient consideration for a noncompete.

The new law attempts to clear this up by requiring that in this situation the agreement be supported by “fair and reasonable consideration independent from the continuation of employment.” However, the law does not make clear whether this requires garden leave pay, mutually-agreed upon consideration or something else. It will be up to the courts to interpret and apply the meaning of this provision in the law.

What To Do Now and Implications for the Future. Many companies have standard noncompete agreements that they have used for years, and that they rarely reviewed in the past. However, it’s safe to assume that as of October 1, 2018, any boilerplate non-compete agreement currently in use in Massachusetts will be obsolete and unenforceable. Any company that plans to use a noncompete agreement after that date should begin the process of revising its agreements in time to meet this deadline.

As far as the future goes, one consequence of the new law is that noncompetes will be more, not less, complex.

For example, employers and employees must now struggle to understand the various scenarios that will be standard in post-2018 noncompete agreements:

All of this needs to be spelled out in the noncompete agreement before the employee starts work.

Intertwined with these scenarios are the choices inherent in the garden leave provision:

Lawyers will struggle to explain all of this to bewildered clients, both employers and employees, for years to come.