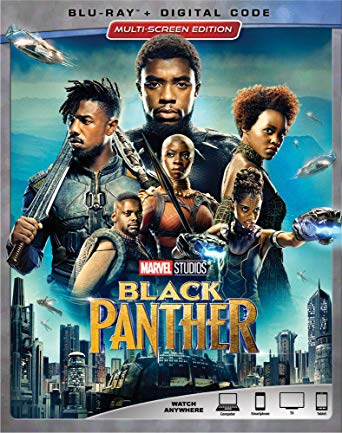 Can Disney prevent a commercial business – in this case Redbox – from reselling Disney’s movie download codes?

At first the answer was “no.”

My earlier post on this case* highlighted the California federal district court’s February 2018 opinion concluding that the language on Disney’s box-top packages failed to create a contract that would prevent Redbox from purchasing and reselling Disney movie download codes. However, I predicted that “Likely, in the future Disney will correct its ‘box-top license’ to make it legally enforceable . ..”

Disney did just that when it released its Black Panther combo packs. Disney’s new packaging states that “Digital code redemption requires prior acceptance of licence terms and conditions. Codes only for personal use by recipient of this combination package or family member.” A warning elsewhere on the package states that “The digital code contained in this package may not be sold separately and may be redeemed only by the recipient of this combination package or a family member. Visit [various Disney websites listed] for code redemption and other applicable terms and conditions.” A paper insert states that “This digital code is part of a combination package and may not be sold separately,” and “Digital code redemption is subject to prior acceptance of license terms and conditions.”

However, purchasers of Disney combo packs now get a double-barreled contract  – when they go to one of the Disney websites to download Black Panther, they are subject to an online agreement as well. Here, they must agree to Disney’s warning that “Digital codes originally packaged in a combination disc + code packages (sic) may not be sold separately and may be redeemed only by an individual who obtains the code in the original combination disc + code package ….”

All of this legal verbiage — both the box-top license and the online license — confronts consumers purchasing the Black Panther combo packs and using the download codes online, but it is aimed squarely at Redbox or anyone else that may have the temerity to purchase and resell Disney download codes.

Based on this onslaught of contractual terms the district court concluded that Disney has successfully entered into a restrictive contract with purchasers of the Black Panther combo packs. That is, when consumers (or Redbox) buy the Black Panther combo pack containing a disk and download code they are buying a restricted license to the code, and one of the terms of that license is that they may not resell it. By reselling the codes and encouraging purchasers to use codes violative of this contract, Redbox engaged in contributory copyright infringement.

Consistent with its February 2008 opinion, the court rejected Redbox’s first sale defense on the grounds that the case does not present a “single, discrete, particular copy to which the first sale doctrine could apply.” And, an enforceable license trumps first sale in any event, although the court did not rely on this.

The outcome of this case is not surprising. The district court’s earlier decision gave Disney a roadmap to what it needed to do to correct the deficiencies that caused it to lose the first time. It was a simple matter for Disney to correct its packaging and online terms to make it clear that purchasers were buying the download codes subject to a restricted license, thus blocking Redbox’s resale strategy.

The court’s ruling applies only to Black Panther, not earlier movies distributed by Disney in the old packages – those products remain subject to the court’s earlier ruling. However, if this decision stands (I doubt Redbox will appeal) Redbox’s future distributing Disney download codes appears limited. Going forward Disney will, no doubt, use the same Black Panther contract language on all of its disk/download code combo packs, and Redbox’s sale of Disney download codes will eventually dry up as new movies replace older ones in Redbox’s kiosks.