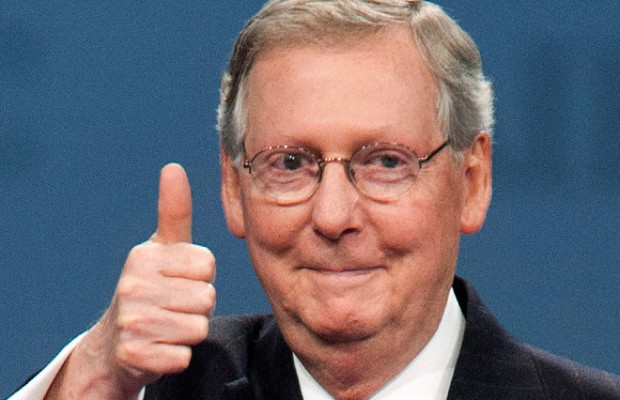 I’m not a constitutional law expert, but I can’t help but picture this scenario.

The senate refuses to schedule confirmation hearings for an Obama Supreme Court nominee. Obama does the natural thing – he sues the Senate Republican leader, Mitch McConnell, to compel him to hold hearings. The case quickly reaches the U.S. Court of Appeals for the District of Columbia, which rules one way or the other. The case is appealed to the Supreme Court, which ties 4-4 along conservative/liberal lines. As a result of the 4-4 tie, the D.C. circuit’s ruling stands.