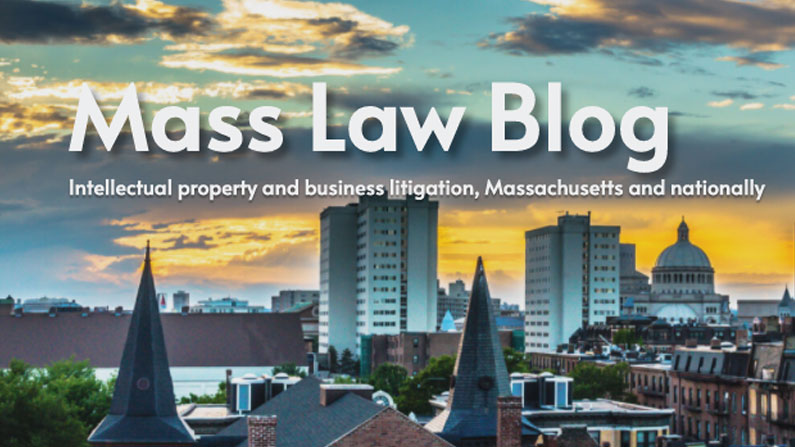 Every Massachusetts lawyer that drafts a civil complaint wonders – or should wonder – “can I allege 93A in this case?”

This law, M.G.L. c. 93A, is the Massachusetts unfair competition statute. It makes illegal “unfair and deceptive” acts and practices in the consumer and business contexts. The law is attractive to plaintiffs because it is one of the few state laws that provides the prospect of double or treble damages, as well as attorney’s fees.

What is “unfair and deceptive”? There are many cases where the courts attempt to parse out what conduct falls under 93A. It’s complicated, and there is a substantial body of 93A jurisprudence. The legal standards are beyond the scope of this post, but to get a sense for how the Massachusetts Supreme Judicial Court (SJC) approaches this take a look at the SJC decisions in Morrison v. Toys “R” Us, Inc. and Aspinall v. Philip Morris Cos.

Because the law is largely judge-created, unless they follow c. 93A law closely most lawyers aren’t fully up to speed on the nuances of 93A and recent developments. And if you don’t assert 93A in your complaint, you might be deemed to have waived it if you try to add it later. What if the law changes between the date you file and the date you are challenged on it? You may be out of luck.

Given these factors many lawyers will include a 93A count almost reflexively, thinking that they’ll worry about the viability of the claim later, if and when the defendant challenges it. You’ll often see a 93A count in even the most routine cases, where it is eventually dropped or dismissed before trial.

There are a number of limitations on 93A, and one important limitation is that the illegal conduct must take place “in the conduct of any trade or commerce.” Based on this language the courts have held 93A to be inapplicable in the employment relationship. An employer-employee dispute is considered an “internal” business dispute outside “trade or commerce.” As a result of a series of decisions applying this doctrine, it is near-black letter law that 93A cannot be claimed by an employer against an employee, whether the employee’s violation occurs during or after the employment relationship. One well-known example of this is in the area of noncompete law – even though an employee’s breach of a noncompete may take place after employment ends, it is still considered an employer-employee dispute arising out of the employment relationship, and 93A does not apply.

The most recent decision in the line of employee misappropriation-93A cases is Governo Law Firm LLC v. Bergeron (2021). In this case six attorney-employees of the Governo law firm secretly downloaded proprietary information belonging to the firm and used that information when starting a new firm.

At trial the jury returned a verdict for $900,000 in favor of Governo Law on the claims of  conversion, breach of the duty of loyalty, and conspiracy.

However, Governo Law was unhappy with several aspects of the trial, one of which was that the judge instructed the jury that Chapter 93A did not apply to anything the defendants did while still employed by Governo, and the jury ruled against Governo on its 93A claim. This cost Governo Law the potential for double or treble damages and attorneys fees.

Governo Law appealed, and it won on this issue  – the SJC reversed and sent the case back for a new trial on the 93A claim. The court fudged the distinction between the attorneys’ conduct during employment and afterwards. The heart of its holding is as follows:

[T]he  93A, claim required the jury to consider that the defendants stole the plaintiff’s materials in order to determine whether the subsequent use of these materials was unfair or deceptive.  . . . where an employee misappropriates his or her employer’s proprietary materials during the course of employment and then uses the purloined materials in the marketplace, that conduct is not purely an internal matter; rather, it comprises a marketplace transaction that may give rise to a claim under 93A . . . . That the individuals were employees at the time of the misappropriation does not shield them from liability under 93A, where they subsequently used the ill-gotten materials to compete with their now-former employer.

This holding is not entirely new law – the state appeals court reached similar decisions in 2011 and 1984. (Specialized Tech. Resources, Inc. v. JPS Elastomerics Corp. (2011); Peggy Lawton Kitchens, Inc. v. Hogan (1984)). The Superior Court has also issued decisions on this issue. However, this is the first time the issue has reached the state supreme court, and it’s an important new landmark in Massachusetts 93A law. Whether it will lead to further erosion of employee 93A immunity in other contexts where the defendant’s conduct straddles the line between employee and non-employee remains to be seen. It may be that any illegal conduct during employment that will shed light on a former-employee’s post-employment conduct may now be admissible under the rationale used by the SJC in this case.

Governo Law is now entitled to a new trial, and this time the jury will be free to consider the six attorneys’ conduct while still employed by Governo Law in considering whether their subsequent use of the converted materials was an unfair or deceptive act. Exactly how the judge will instruct the jury on 93A remains to be seen – the SJC did not provide directions on this issue. However, the SJC opinion makes clear that the jury will be able to consider the fact that the attorneys stole Governo Law’s proprietary information, and regardless of whatever precautions the judge may take in the jury instructions, it’s hard to believe that jurors will not conflate employment conduct (stealing proprietary information) with post-employment conduct (using that information).

Governo Law goes into its 93A retrial (assuming no settlement) with a strong upper hand.