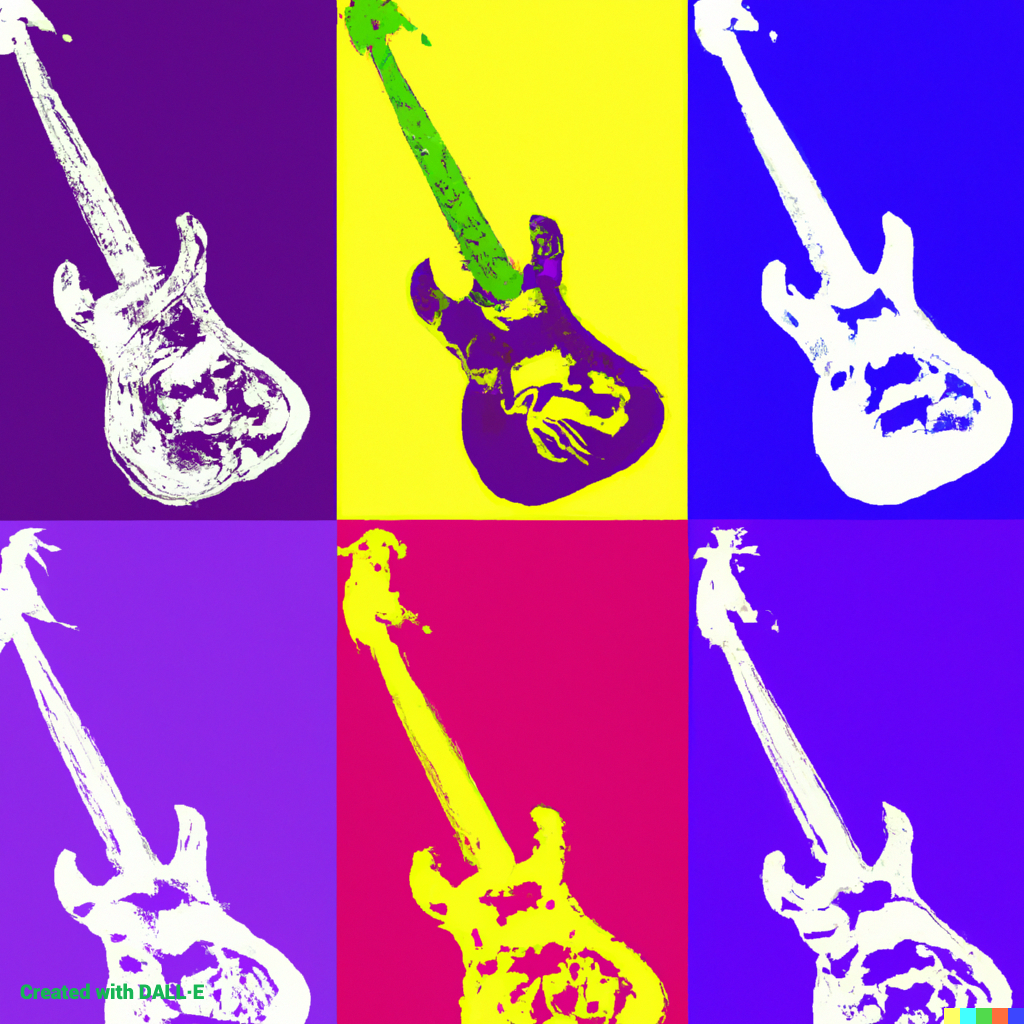 What You Need To Know About Goldsmith v. Warhol and Fair Use

The doctrine of fair use has been called, with some justification, the most troublesome in the whole law of copyright.  Justice Blackmun. Sony v. Universal (1984)

Fair use in America simply means the right to hire a lawyer.  Larry Lessig

Fair use is the great white whale of American copyright law. Enthralling, enigmatic, protean, it endlessly fascinates us even as it defeats our every attempt to subdue it.  Prof. Paul Goldstein

The photo of Prince directly below was taken by Lynn Goldsmith in 1981. Andy Warhol used this photo to create an unauthorized series of sixteen silkscreens and drawings – the “Prince Series” – which appears below Goldsmith’s photo. 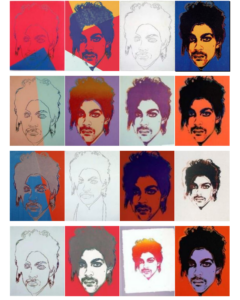 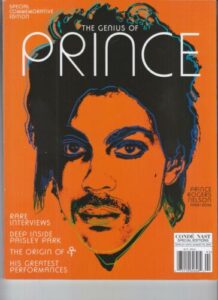 Goldsmith is a well-known rock-and-roll celebrity photographer. When Warhol passed away in 1987 the Prince Series became the property of the Warhol Foundation. Goldsmith was unaware of its existence until Condé Nast licensed one of the silkscreens for the cover of a Prince tribute magazine following Prince’s death in 2016. When Goldsmith learned that Warhol had copied her photo she sued the Warhol Foundation for copyright infringement.

Warhol’s defense in Goldsmith’s case is fair use – specifically the “transformative” branch of copyright fair use. This has its origin in Campbell v. Accuf-Rose, a 1994 case involving a parody of Roy Orbison’s song “Pretty Woman.” The Supreme Court held that a new work of art is “transformative” for purposes of copyright fair use if it “adds something new, with a further purpose or different character, altering the first with new expression, meaning or message.”

This legal standard has proven to be subjective and inconsistent in its application. The Warhol case is a good example.

The District Court and Second Circuit Decisions in Warhol

A Southern District of New York district court judge agreed with Warhol’s defense that the Prince Series was “transformative.” The judge reasoned that while Goldsmith’s photo portrays Prince as “not a comfortable person” and a “vulnerable human being,” the Prince Series portrays the musician as an “iconic, larger-than-life figure.” Comparing the works side-by-side, the district court concluded that a reasonable observer would perceive that Warhol’s work has a “different character, a new expression, and employs new aesthetics with [distinct] creative and communicative results” when compared to the Goldsmith original.

The Second Circuit Court of Appeals disagreed. It held that to satisfy the “transformative” requirement the second work (the Warhol Series) must –

In the eyes of the Second Circuit Warhol’s silkscreens failed this test. Hence, they were not protected by fair use.

Interest in the case has been high since the Second Circuit issued its decision last year. It increased when the Supreme Court agreed to hear Warhol’s appeal, and has gone into overdrive as the case approaches oral argument on October 12, 2022. Warhol filed its appeal brief in early June. Goldsmith filed her opposition in early August. More than 30 amicus briefs have been filed. The Copyright Office and the Solicitor General have filed an amicus brief in support of Goldsmith, and the Solicitor General has asked for leave to participate at oral argument.

Google v. Oracle: Will It Matter to the Warhol Appeal?

An important consideration is how the Court’s 2021 ruling in Google v. Oracle may impact this case. Google is only the second time the Supreme Court has addressed fair use in depth. However, while the Court upheld Google’s fair use defense, the subject of that case was far from the traditional core of copyright – visual art, music and writings. Google involved fair use in the context of Google’s copying and reimplementation of Oracle’s Java API user interface. The Court found this to be fair use because it was socially beneficial – it allowed programmers familiar with the Java API to use their knowledge and experience to program Google’s Android operating system, rather than having to learn a new API. See Final Thoughts On Google v. Oracle.

Warhol argued that Google helped tip the scales in its favor, but the Second Circuit rejected this argument, stating that “a case that addresses fair use in such a novel and unusual context [as functional computer programs] is unlikely to work a dramatic change in the analysis of established principles as applied to a traditional area of copyrighted artistic expression.”

Will the Supreme Court affirm or reverse the Second Circuit? Setting aside Google (which is something of a one-off for copyright fair use), this is only the second time the Court will have addressed fair use since 1994 – will the Court expand fair use (by reversing the Second Circuit), contract it or tread lightly and leave it largely intact?

In pondering these questions it’s worth noting that changes in the Court’s make-up may be a significant factor in the outcome of this case.

Fair Use at the Supreme Court Without Justice Breyer

Until his retirement in June 2022 Justice Breyer had focused on intellectual property law more than any other member of the Court. He was viewed as the most liberal justice on IP issues, and he wrote the majority pro-fair use decision in Google.

Given the current make-up of the Court post-Breyer, a little armchair kremlinology is in order.

The remaining justices on the new “conservative” wing of the Court – Justices Gorsuch, Kavanaugh and Barrett – favor “textualism,” the judicial philosophy that places primary weight on the normal meanings of a statute’s words, rather than public policy. It’s worth noting that the word “transformative” (indeed, the concept) appears nowhere in the Copyright Act, and is something of a judicial gloss on the statutory enumerated fair use factors. Based on a strict application of textualism these three justices may side with Justice Thomas’s view of fair use, in which case the Warhol Foundation will lose its bid to reverse the Second Circuit 5-4. If “swing conservative” Chief Justice Roberts joins the conservative wing, Warhol will lose at least 6-3.

My prediction: the Second Circuit’s ruling in favor of Lynn Goldsmith will be affirmed by at least a 5-4 vote.

Either way, affirm or reverse, will this case change fair use in the U.S.? We won’t know until the Supreme Court issues its decision, likely sometime in 2023. In the meantime, tune in to the oral argument in October and judge for yourself.