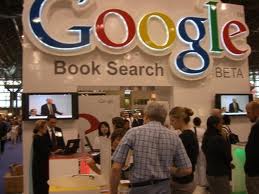 The Authors Guild v. Google and Fair Use

“[Google Books] could be the most important contribution to the spread of knowledge since Jefferson dreamed of national libraries. It is an astonishing opportunity to revive our cultural past, and make it accessible.” – Lawrence Lessig

Be admonished: of making many books there is no end; and much study is a weariness of the flesh – Ecclesiastes 12:12

As most people with an interest in copyright law, book publishing or Google are aware, Google has undertaken a Herculean task. It’s goal is to digitize and index every word in the world’s books. All 130 million of them, from the Dead Sea Scrolls to the most recent Jack Reacher book by Lee Childs. As to the U.S. books it will provide electronic access differentially, depending on whether the book is in-copyright or in the public domain.

This undertaking has caused consternation in some corners of the publishing industry, leading to copyright infringement lawsuits against Google. The most important of these cases  — The Authors Guild v. Google — has been pending in the Federal District Court for the Southern District of New York since 2005, a near-Dickensian eight years. (The EFF summarizes the procedural background of the case here).

After much wrangling, interim appeals and other legal whatnot, on November 14, 2013, Judge Denny Chin, who was a district court judge when the case began and who retained the case after he was elevated to the Second Circuit, issued, a by-the-book copyright fair use decision (no pun intended) holding that the copyright doctrine of fair use protected Google from copyright infringement. Given the magnitude and implications of this decision, and the long time it took for it to arrive, the opinion itself was almost anticlimactic.

There has never been a copyright case like The Authors Guild v. Google, and it seems unlikely there ever will be again. While Judge Chin’s decision neatly ticked off and applied the factors necessary to evaluate a fair use defense, the decision left unanswered the question whether copyright law is even the right tool by which to evaluate a for-profit company’s full-text copying and digitization of every existing book published in the United States.

Copyright fair use is largely “judge-made” law, and it has evolved in the context of cases where one (or a small number) of copyrighted works were modified (transformed), parodied, copied only in part for commercial purposes, or copied in whole for non-commercial purposes. As the Guild argued to Judge Chin, “a case such as this, which involves the digitization and use of millions of works, is vastly different than the typical fair use case, which involves the use of one or a small handful of preexisting copyrighted works in the creation of a new work.” No copyright case — much less a fair use case — comes close to helping a court decide whether it is a copyright violation for a market-dominant, for-profit company like Google to obtain what is likely to become a perpetual monopoly on the digitization of the entire corpus of U.S. books.

While there may be legal or legislative tools in addition to copyright infringement that could be used to challenge Google Books, to date challenges have been limited to claims under copyright law. And, although Judge Chin did his best to squeeze square blocks into round holes, ultimately he decided what could be the most important fair use case in U.S. history sui generis.*

*Note: However, the pressure on Judge Chin to be a modern day Solomon may be lessened by the virtual certainty of an appeal to the Second Circuit and, ultimately, to the Supreme Court. And, as I have noted elsewhere, of late the Second Circuit has not been shy in disagreeing with Judge Chin on important matters of copyright law .

Google’s fair use defense was uncomplicated. As it argued to Judge Chin in its summary judgment brief:

Google Books gives people a new and more efficient way to find books relevant to their interests. The project makes tens of millions of library books searchable by words and phrases and (in some cases) returns snippets showing the context in which the user’s search term appears. The tool is not a substitute for the books themselves—readers still must buy a book from a store or borrow it from a library to read it. Rather, Google Books is an important advance on the card- catalogue method of finding books. The advance is simply stated: unlike card catalogues, which are limited to a very small amount of bibliographic information, Google Books permits full-text search, identifying books that could never be found using even the most thorough card catalog. Readers benefit by being able to find relevant books. Authors benefit because their books can be more readily found, purchased, and read. The public benefits from the increase of knowledge that results.

Under the application of the fair use doctrine today, the starting point for any advocate claiming fair use is to argue that its use of a copyrighted work is transformative, and Google was right on the beat: “Google made digital copies of books in order to create a searchable index linking each word found in any book to all books in which that word appears. That index provides a wealth of new information, allowing a user to find every book mentioning a particular topic or using a particular phrase … Like a paper index or a card catalogue, it does not substitute for reading the books themselves, and Plaintiffs do not contend that it does.”

Google also emphasized the absence of economic harm to authors: “Plaintiffs have adduced no evidence that Google Books has displaced the sale of even a single book.”*

The Authors Guild had valid responses to Google’s argument. The Guild argued that the verbatim copying of millions of book is not transformative in the sense that copyright law has applied that concept — the alteration of the original with new expression or meaning. In fact, it argued that Google’s verbatim copying is the definition of untransformative. Google Books is a commercial project intended to benefit Google’s search business —  it is not non-profit and it is not altruistic.

In addition, the Guild hinted at an issue never, to my knowledge, made before in a copyright fair use case, but one that I raised in my first post on Google Books in November 2005, only two months after the case was filed. This is what the Guild calls (variously), the “huge security risks,” the “all too real risks of hacking, theft and widespread distribution” and the “unacceptable security risk.” The Guild leaves nothing to the imagination: “just one security breach could result in devastating losses to the rightholders of the books Google has subjected to the risk of such a breach by digitizing them and placing them on the Internet.” In addition to copyright fair use analysis, the Guild argued, the more important question may be whether society is prepared to trust Google with a cultural asset of this importance.

In his November 14, 2013 opinion Judge Chin reached the following conclusions regarding Google’s fair use defense:

*Note: In Google Books a “snippet” is one-eighth of a page. A search returns 3 snippets. One snippet on each page is “blacklisted,” meaning it is not shown, and 10% of all pages are blacklisted in full.   Judge Chin concluded that this system would make it impractical for a user to access most of a book by means of multiple searches, and impossible for a user to access an entire book. The rights-holder of an in-copyright work can fine-tune the amount of text available for viewing (all the way down to no preview at all) through the Google Books “Partner Program.”

The heart of his decision is his findings that (a) Google Books is a valuable research tool; (b) it is impractical to assume that anyone would be able to recreate a book (or most of a book) by searching for and compiling the “snippets” Google makes available; and (c) the ability to find books using Google Books actually improves sales (rather than replacing book sales). Interestingly, Judge Chin made no mention of the benefit of providing access to orphan works — books whose owners are unknown or cannot be found — access to which favored Google’s fair use defense. Nor did he comment on the Guild’s concerns that the database of books might be hacked and stolen.

The  implications of this decision, and even the extent to which it will be extended beyond its facts, are difficult to predict.  Because the sheer magnitude of the Google Books database plays such a significant role in creating its research and educational value, smaller databases may not present as strong a case for fair use, limiting the case to its unusual (and perhaps unique) facts.

The decision also disregards the enormous market power the ruling grants to Google. Google’s existing dominance in Internet search, its eight year head start, its relationships with libraries and publishers and the depth of its backlist, all make it difficult to imagine anyone creating a competing digitized database of this magnitude. Thus, although the decision doesn’t leave Google with the judicially-approved monopoly it would have had under the class action settlement (which Judge Chin rejected), it may leave Google with a de facto monopoly for an indefinite period of time. One can only imagine what Google Books will look like — and what it will have been transformed into — hundreds of years in the future, assuming that Google has not sold it to Walmart or Reed Elsevier in the meantime.

Finally, while this decision is important, the case is not over. While the technology press has claimed this a huge victory for Google, as usual it seems oblivious to the fact that big wins can be taken away on appeal. The Guild is likely to appeal to the Second Circuit (it has already said it plans to do so), and the losing side of that decision is likely to seek review by the Supreme Court. Appellate review of fair use cases is notoriously fickle, and it is far from certain that the appellate courts will weigh the fair use factors the same way Judge Chin did, or find Google Books to be “transformative” in the way that concept has traditionally been applied in copyright law. In the event of a reversal, the case will be back in the morass of class certification and re-appeals on that issue (this is part of the “legal whatnot” mentioned above), in which case it may continue for another eight years.