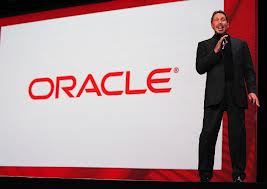 Oral Argument in Oracle v. Google: A Setback for Google?

On November 26th I published a post titled “Oracle v. Google: How Google Could Lose on Appeal.”

Oral argument before the Court of Appeals for the Federal Circuit was held on December 4, 2013, and a recording of the oral argument has been released.

Based on comments and questions from the bench, the hearing went poorly for Google. The very  points I raised in my post were raised by the judges in questions to the attorneys for the parties.

As I commented in my post, District Court Judge Alsup’s order ruling that the Java declaring code copied by Google was not copyrightable was vulnerable because Judge Alsup seemed to rely on factors and cases relevant to copyright fair use (specifically interoperability) to justify a finding that the Java declaring code was not protected by copyright. And never, the CAFC judges rightly observed, may the two mix. It is quite correct to say (as Oracle has argued) that a finding that a work is not protected by copyright must stand on grounds independent from a finding that copying was permitted by fair use.

The Federal Circuit seemed eager to seize on this confusion in Judge Alsup’s decision. To wit (comments from the CAFC judges):

“As I read the trial judge’s opinion I’m confused about how he viewed fair use because it seems to me he was merging it with the question of copyrightability.”

“I specifically agree with you that the district court imported fair use principles into the upfront portion of the analysis, which was wrong.”

“What is the expectation standard? . . . You’re supposed to make the determination of copyrightability at the time that the creative act occurs, correct? Does copyrightability get lost because it becomes popular?

decision in Lotus v. Borland. In fact, the CAFC hearing in 2013 bore an uncanny similarity to the Supreme Court 1995 hearing in Lotus v. Borland – in both cases the judges tried to find a standard the courts can use to separate functional computer code not entitled to copyright protection from expressive code that is entitled to protection. The Supreme Court Justices voted 4-4 in that case (one justice abstaining), leaving Lotus as the law in the First Circuit, but nowhere outside the First Circuit. However, the CAFC is not bound by this case (it must apply Ninth Circuit law), and it seems a thin reed for Google to rely upon in its attempt to preserve Judge Alsup’s order.

In addition, the appeals court judges were very interested (surprisingly) in trying to find a way they could avoid requiring the district court to retry the case on fair use (a defense the jury hung on at the first trial). This interest seemed to take Google’s lawyer by surprise, and indicates that the court is leaning in the direction of limiting a retrial to the issue of damages (if it finds no fair use as a matter of law) or dismissal altogether (if it finds fair use as a matter of law). A “snatching victory from the jaws of defeat” outcome for Google could be that the Java declaring code is copyrightable, but that Google did not infringe by reason of fair use.

However, this aspect of the argument didn’t give a clear impression of which way the judges were leaning.

It is true that Google’s counsel was on the defensive during much of his argument, while Oracle’s counsel seemed to be cruising.  However, any attempt to “read the bench” in a case like this is little more than reading tea leaves. Misdirection from judges is an everyday occurrence; recall how the country misinterpreted questions from the Supreme Court bench during oral argument for the Affordable Care Act (ObamaCare).

Nevertheless, if I had to make a prediction today, based on nothing more than the oral argument, it would be that this case is heading back to the district court for further proceedings. Exactly what those will be, I’m not sure.