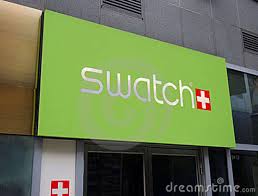 [Catch-up Post] In an unusual application of the copyright fair use doctrine, on January 27, 2014, the Second Circuit held that Bloomberg’s copy of an investor conference call by Swatch was protected from copyright infringement under the fair use doctrine.

Although, technically speaking, Bloomberg did not copy Swatch’s copy of the call (it recorded it simultaneously, an issue I’ll return to below), the district court judge based his decision of non-infringement on fair use and the Second Circuit affirmed.

Analyzing fair use utilizing the four statutory fair use factors,* the Second Circuit held that Bloomberg’s purpose was to deliver important financial information to investors, and that this was analogous to news reporting, an activity often favored under the fair use doctrine. The fact that Bloomberg’s reproduction was not transformative was not an obstacle to a finding of fair use since, as the Second Circuit said, cases of news reporting favor “faithfully reproduc[ing] an original work rather than transform[ing] it.”

Second, while the work was technically unpublished under the Copyright Act’s definition of “publication,” a fact that usually cuts against fair use, the court held that because the contents of the recording were transmitted during the conference call, “the publication status of the work favors fair use.” Third, although Bloomberg copied the entire recording (again, a factor that typically weighes against fair use), it didn’t help Swatch in this context. The court held that “copying the entirety of a work is sometimes necessary to make a fair use,” and that was the case here.

Fourth, the Second Circuit held that the fact that there is no commercial market for the resale of financial earnings calls favored fair use.

Swatch v. Bloomberg is a significant case in the evolution of fair use case law, which has been quite active as of late (see, for example, Google Books, Cariou v. Prince).

It’s worth pointing out that the Second Circuit dodged an unusual copyright  issue on this appeal. One of the fundamental precepts of copyright law is that the work for which copyright is claimed must be “fixed in a tangible medium of expression,” such as a book, film or a digital storage device. In this case Swatch’s audio was recorded simultaneously with its transmission, satisfying the all-important “fixation” requirement. However, Bloomberg received the transmission simultaneously with Swatch’s receipt and fixation of the call, and therefore fixation had not taken place at the instant Bloomberg made its recording. Accordingly, Bloomberg argued, no copyright-protected work existed at the moment Bloomberg recorded the transmission.

This issue was addressed in the lower court opinion, decided in April 2011. Swatch’s response, which the federal district court accepted, relied on Section 101 of the Copyright Act, part of which states that “a work consisting of sounds, images, or both, that are being transmitted, is ‘fixed’ for purposes of this title if a fixation of the work is being made simultaneously with its transmission.” The district court applied this section of the statute, and held that copyright law creates a legal fiction that the simultaneous fixation occurs before the transmission.  This ruling allows the unauthorized recording of sounds that are transmitted live and recorded simultaneously to be the subject of a copyright infringement claim.

Bloomberg sought to challenge this interpretation of the copyright statute on appeal, but the Second Circuit refused to address the issue based on a procedural defect in Bloomberg’s appeal. This leaves the lower court decision on a rare and obscure issue of copyright law intact.