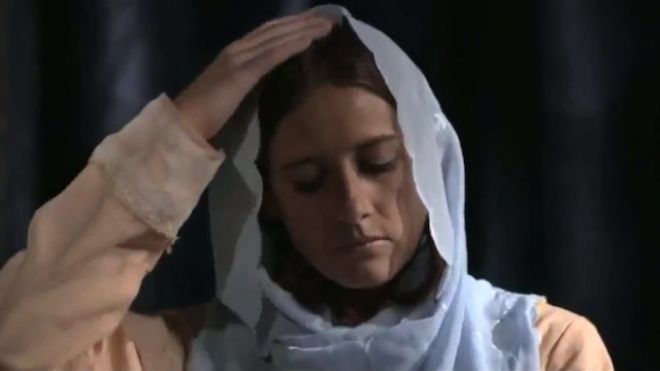 An old legal saw warns that “hard cases make bad law.” The Ninth Circuit Court of Appeals decision in Garcia v. Google may be a good example of this maxim.

The issue facing the Ninth Circuit was whether an actress can claim a copyright interest in her performance in a film and, if so, under the unusual circumstances in this case, whether the actress could use that copyright to compel Google to remove the film from Youtube.

The facts in this case were very hard. The plaintiff, Cindy Garcia (pictured on left) was paid $500 to act in an independent film for a few days. She was told she was acting in an adventure film set in ancient Arabia. However, the film turned out to be an anti-Islamic movie, and her voice was overdubbed so that she appeared to be asking, “is your Mohammed a child molester?” The movie, titled “Innocence of Muslims,” let to a fatwa, and Garcia received death threats.

After Youtube (owned by Google) refused Garcia’s request to takedown the film (rejecting multiple DMCA notices from Ms. Garia), she brought suit for copyright infringement, make a novel legal argument. Rather than arguing that the film was a joint work under copyright law (which might have entitled her to a share of profits, but wouldn’t have achieved her goal of forcing Youtube to remove the film), she  argued that she retained a copyright interest in her contribution. Calling this “a rarely litigated question,” Chief Judge Alex Kosinski, writing for a divided 3-judge panel, avoided the question whether Garcia qualified as a joint author of the film (it seems clear that, under Ninth Circuit precedent such as the Aalmuhammed case, she would not). Instead, he wrote that “nothing in the Copyright Act suggests that a copyright interest in a creative contribution to a work simply disappears because the contributor doesn’t qualify as a joint author of the entire work.”

The opinion concludes that Ms. Garcia may claim a copyright interest in “the portion of the film that represents her individual creativity.”

The court rejected Google’s argument that Ms. Garcia’s performance was a work made for hire (she was not an employee), or that she had granted the filmmaker an implied license (her participation had been induced by fraud, precluding that argument). And, Ms. Garcia had never assigned her rights to the filmmaker in a written document.

Lastly, the court found that Ms. Garcia had suffered irreparable harm (“death is an irremediable harm, and bodily injury is not far behind”), and that she had satisfied the causation requirement. The court “rejected Google’s preposterous argument that any harm to Garcia is traceable to her filing of this lawsuit.”

The district court had denied an injunction, which the Ninth Circuit reversed, ordering Youtube to take down all copies of “Innocence of Muslims.”

It’s difficult to predict whether this case will be a significant legal precedent. The idiosyncratic facts were sympathetic to Ms. Garcia, who appears to have been the victim of a fraudulent filmmaker, and who suffered unusual harm as a consequence. However, independent of these facts, the Ninth Circuit has held that an actor or actress owns an independent copyright interest in a film performance, reminding every non-fraudulent film producer to obtain a written copyright assignment from every performer.