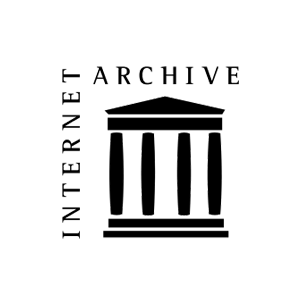 Is the Internet Archive’s “National Emergency Library” Copyright Infringement or Fair Use?

After the Internet Archive launched a “National Emergency Library” the copyright community held its collective breath, waiting to see if the authors and publishers affected would tolerate it, or challenge it in court. Now we have the answer. On June 1, 2020, four major publishers — Hachette, HarperCollins, Wiley, and Penguin Random House — filed a copyright infringement suit against the Archive.

Background. In late March 2020, in response to the COVID 19 pandemic, the Internet Archive opened a digital “library” of 1.4 million books, to last until June 30, 2020 or the end of the emergency in the U.S., “whichever is later.” Anyone, anywhere in the world, can access this online collection. Users can “check out” (download) books for two weeks at no cost, with no limit on the number of copies that can be checked out at any one time. One thousand or ten thousand copies of The Catcher In The Rye could be downloaded and read simultaneously by different users. Authors and publishers receive no payments.

It appears that there was no effort to distinguish books that might be used in an educational setting from those that are unlikely to be used for education. The Internet Archive did not discriminate between books under copyright vs. books in the public domain, or popular books vs. obscure books.

The Archive explained its reason for taking this step as follows:

“to address our unprecedented global and immediate need for access to reading and research materials” . . . [to ensure] that students will have access to assigned readings and library materials that the Internet Archive has digitized for the remainder of the US academic calendar, and that people who cannot physically access their local libraries because of closure or self-quarantine can continue to read and thrive during this time of crisis, keeping themselves and others safe. . . . ‘In a global pandemic, robust digital lending options are key to a library’s ability to care for staff and the community, by allowing all of us to work remotely and maintain the recommended social distancing.’”

The Archive did offer authors and publishers an opt-out/takedown option.

The case brought by the publishers was filed in the federal district court for the Southern District of New York – a court, and an appellate circuit, that has deep experience in copyright law, and specifically copyright fair use when applied to digital copies of books.

1.4 Million Books or 127 Books? Despite headlines and press releases, the subject of the publishers’ suit is not the 1.4 million books in the Emergency Library or the Library as a whole. The four plaintiff-publishers do not own the

copyright in many of these books. Many of the books may be in the public domain or may be “orphan works” whose owner is unknown. Some may not be registered with the Copyright Office, which is necessary to file an infringement action.

Rather, the complaint alleges infringement of 127 specific books, although this list may be increased by an amended complaint. Absent a class action,2 whether the Archive has infringed these 127 books must be considered on a work-by-work basis. Damages, if a judge or jury decides they are justified, must be decided as to each book individually, not the 127 books as a whole or based on the other 1.4 million books in the collection.

Fair Use. That said, for each book the question of infringement is likely to come down to the Internet Archive’s public justification – fair use. The answer will depend on a court’s (and possibly a jury’s) evaluation of four nonexclusive factors listed in Section 107 of the Copyright Act. The law requires an individualized analysis and weighing of the factors, making the outcome of fair use cases difficult to predict. However, the publishers have chosen carefully – the 127 books include works by authors such as Bill Bryson, Elizabeth Gilbert, Malcolm Gladwell, Erik Larson, Dennis Lehane, C.S. Lewis, Sylvia Plath, J.D. Salinger and Herman Wouk. Most of the books appear to be popular and in-print. Also, these are creative works, which are entitled to strong copyright protection.

Based on these facts, here’s my short take on the factors as applied generally to this group of books.

First Factor: the purpose and character of the use, including whether such use is of a commercial nature or is for nonprofit educational purposes. Under Supreme Court precedent the central issue under this factor is whether the use is “transformative.” A number of cases point to the conclusion that merely reproducing the work in a new format (in this case moving the text from a physical book to digital format) is not transformative.3 The Archives’ lack of commercial motivation may help it on this factor, although the publishers’ complaint argues that in fact there is an underlying commercial motivation.

Because the transformative nature of the use is so important, this factor DISFAVORS FAIR USE.[efn_noteThe Second Circuit’s opinion in the “Google Books” case, Authors Guild v. Google, Inc. (2d Cir. 2015), is unlikely to help the Archive here. In that important case Google created a search engine that provided “snippets” from books, not full text. The court found making the books searchable via a full text index, but limiting access to “snippet views,” qualified as a transformative purpose. The Emergency Library, in contrast, provides unrestricted full text access.[/efn_note]

Second Factor: the nature of the copyrighted work. As noted above, many of the 127 books identified in the complaint are novels and similarly highly creative works. As to these books, this factor DISFAVORS FAIR USE.

Third Factor: The amount and substantiality of the portion used in relation to the copyrighted work as a whole. The books are copied in their entirety. This factor DISFAVORS FAIR USE.

Fourth Factor: The effect of the use upon the potential market for or value of the copyrighted work. It’s not clear that the Emergency Library has hurt sales of the books at issue. I expect this to be a subject of discovery and dispute on a book-by-book basis. Therefore, at present this factor is NEUTRAL.

On balance, under this analysis the Emergency Library is not protected by fair use.

As mentioned, these factors are not exclusive. In theory, a judge could rule, or a jury could find, that the emergency circumstances of a pandemic created a new fair use justification for online book sharing as to any one, or all, of these books. However, there is no legal precedent for such a ruling.4

Controlled Digital Lending. It’s also notable that the suit includes a legal challenge to “controlled digital lending” (CDL) a process that the Internet Archive has permitted for some time and which publishers have objected to but not, until now, challenged in court. Under CDL the Archive lends digital copies of books as long as it owns a physical copy of the book for each copy loaned at any one time. For example, under this “owned-to-loaned” ratio if the Archive has ten copies of Catcher In The Rye in its warehouse, it will loan up to ten copies of the digitized book at any one time. The theory behind this is that it’s analogous to, or at least no more harmful than, the lending practices of a traditional library. The publishers’ challenge to controlled digital lending will require a separate copyright analysis. It appears to be a harder case for the publishers than their challenge to the Emergency Library.7 It may be that the publishers’ goal is to force the Archive to end the Emergency Library. Whether they will also force the Archive to stop controlled digital lending or back off on this issue is to be seen. Controlled lending may have been included as a negotiating card (“kill the Emergency Library but keep the controlled lending for now, without prejudice to our right to challenge it in the future”).

Where’s It All Going? It seems unlikely that the Internet Archive has the financial resources to defend a case of this magnitude, both in terms of defense costs and potential liability.5 Worst case, for the 127 books named in the complaint alone (which could be supplemented), statutory damages could exceed $19 million (127 books x $150,000 per book). The Archive could also be liable for the publishers’ legal fees.

Bottom line: one way or the other, I expect this case to settle quickly.

Update: On June 10, 2020, less than a week after I posted this article the Internet Archive announced that it was terminating the Emergency Library. Controlled digital lending will continue. (link)