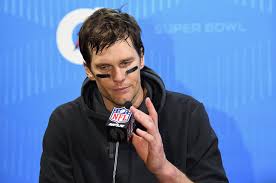 It’s long been widely assumed that in-line linking is not a basis for copyright infringement. Following a recent decision by a Southern District of New York federal judge, that is no longer true.

Justin Goldman took a photograph of Tom Brady. Under the copyright laws, one of his  exclusive rights is the right of public display.

Goldman posted the photo to Snapchat. It went viral and was embedded in a tweet. A number of mainstream media publications posted the tweet by embedding the tweet into articles on their sites. Because the tweet was linked “in-line” (displaying content from one site within another via a link), none of the publications downloaded the image, copied it, or stored it on their own servers.

Is this copyright infringement? Specifically, did the embedded tweet violate Goldman’s right of public display?

SDNY judge Katherine Forrest held that it could, and granted summary judgment to Goldman on this issue, leaving for trial or later motions whether Goldman released his image into the public domain by posting it on Snapchat and whether the defendants have a fair use defense.

In her ruling the judge outright rejected the Ninth Circuit’s so-called “server test,” established in Perfect 10 v. Amazon in 2007. This case held, in the context of a search engine, that whether a website publisher is directly liable for infringement based on the public display right turns on whether an image is hosted on the publisher’s own server, or is embedded or linked from a third-party server. Judge Forrest stated:

The plain language of the Copyright Act, the legislative history undergirding its enactment, and subsequent Supreme Court jurisprudence provide no basis for a rule that allows the physical location or possession of an image to determine who may or may not have “displayed” a work within the meaning of the Copyright Act.

However, the judge took pains to distinguish the in-line linking at issue in this case from the images at issue in Perfect 10:

In Perfect 10, Google’s search engine provided a service whereby the user navigated from webpage to webpage, with Google’s assistance. This is manifestly not the same as opening up a favorite blog or website to find a full color image awaiting the user, whether he or she asked for it, looked for it, clicked on it, or not. Both the nature of Google Search Engine, as compared to the defendant websites, and the volitional act taken by users of the services, provide a sharp contrast to the facts at hand.

This dicta may be of some reassurance to Google and other search engines, but it leaves publications that want to engage in in-line linking with a great deal of uncertainty.

As noted, this case is not over – the defendants can proceed to trial (or seek summary judgment) on defenses such as fair use and waiver. In theory, the case could go to the Second Circuit, and the Second Circuit could either adopt or reject the server test. However, it seems unlikely this will happen. Given the potential damages and the costs of defense, the more likely outcome is that the case will settle, leaving this decision on the books. (See update below). If so, the extent to which it will be persuasive on other courts, or even with other judges within the Southern District, is an open question.

In the meantime, online publications face a tough decision: do they pull back on in-line linking based on this decision, or do they assume this case is an outlier, and the server test remains good law? No lawyer can provide an unequivocal answer to this question, other than to say that the legal risks of in-line linking are now greater than they were before this decision was issued.

[Update]: On March 19, 2018, the federal district court judge certified her decision for immediate appeal to the Second Circuit. The order stated, in relevant part, as follows:

The Court credits the parties’ representations that its February 15, 2018 Opinion, . . . has created tremendous uncertainty for online publishers. In this case, the embedded image was hosted on Twitter; given the frequency with which embedded images are “retweeted,” the resolution of this legal question has an impact beyond this case.  . . . Accordingly, in order to bring resolution to an important and controlling question of law and to more efficiently resolve this matter, the Court certifies its February 15, 2018 Opinion for interlocutory appeal. All other proceedings are stayed pending this appeal.

[Update 2 – May 2019]: The Second Circuit denied interlocutory review, and the case settled as to all defendants. Accordingly, this case will not be heard by the Second Circuit, and the District Court’s opinion will stand unreviewed.