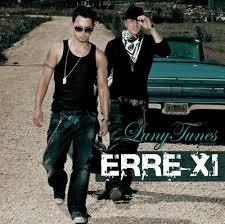 [catch-up post] The First Circuit issued an copyright law opinion in March addressing a number of issues related to copyright law. However, the unwritten lesson of this case is that artists need to obtain ownership rights in writing. Failure to do so led to the unfavorable outcome the plaintiffs experienced in this case.

Before attempting to describe this decision (or the most interesting aspects of it), it’s worth pointing out that the First Circuit judge who wrote the opinion not only began his opinion with the famous Mark Twain quote (“only only one thing is impossible for God: to find any sense in any copyright law on the planet”), but added the comment that “Twain’s deity would fare little better with the tangled skein of copyright and contractual claims presented by the plaintiffs in this case.”

The First Circuit judge’s comment may be an understatement. The confusing facts make the decision difficult to follow. However, in essence the plaintiffs (Massachusetts musicians and producers of “Reggaeton” music) alleged that seven songs which they jointly composed and performed were modified and distributed by the defendants on the “Erre XI” album (image above), infringing the plaintiffs’ copyrights in the compositions in the songs.

The plaintiffs’ problems with this claim appear to stem from the fact that there were multiple contributors to the musical works at issue, but the artists and producers didn’t bother to enter into agreements assigning clear ownership to any one participant (or group of participants). The plaintiffs then got tangled up in the complexities of registration with the Copyright Office, and were unable to extricate themselves in time, leading to dismissal of the case.

The district court granted defendants’ motion for summary judgment, finding that the plaintiffs had not satisfied the registration precondition of the Copyright Act, observing that not only had they not obtained registration certificates on the three compositions, but they have not even “shown that they had submitted all the necessary application materials for registration.”

The case, which also addresses breach of contract, Lanham Act and other miscellaneous issues, is linked below.