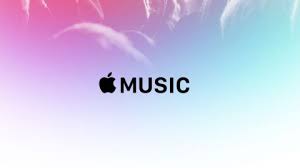 An Introduction to the Music Modernization Act

Every few decades Congress enacts a major amendment to the U.S. Copyright Act. We are at one of those inflection points now. On October 11, 2018 the Orrin G. Hatch–Bob Goodlatte Music Modernization Act (the “MMA”) was signed into law. (click here for full text of the law)

This is a massive, game-changing law for digital music distribution, and it may take years for it to be fully integrated with the complex U.S. music copyright system. But, if you’re at a holiday party this season and someone insists on discussing the MMA with you, this blog post will give you a few talking points.

First, and most importantly, it completely revamps the U.S. mechanical licensing1 system for interactive digital streaming services2 and digital downloads by shifting the burden of identifying composers from the services to the composers themselves. This is a huge benefit to the digital music services, who in the pre-MMA era were responsible for locating composers entitled to royalties but often failed to do so, creating an enormous potential liability for copyright infringement.

Second, it requires interactive streaming services to make royalty payments to owners of pre-1972 sound recordings for the first time.3

And third, it authorizes and facilitates payments to non-musicians who contribute to sound recordings, such as producers and sound engineers.

Before proceeding bear in mind that this law is very complex – the MMA itself is 66 pages of dense legal text. Millions of words and thousands of lawyer hours will be spent dissecting, analyzing and litigating this law in the coming years. This post is only a high-level introduction to the MMA – just enough that you can comment semi-intelligently if the topic comes up at a party during the holidays. I’ve put more detail into the footnotes, which you can read if you’re interested in going a bit deeper. And, I’ll delve more deeply into some of the issues raised by the MMA in subsequent posts.

The MMA creates a “blanket license”4 for digital music service providers to sell interactive music streams. It authorizes the creation of a quasi-governmental “Mechanical Licensing Collective” (the “Collective” or “MLC”) to administer this system. The Collective will create and maintain an online, publicly available “musical works database” of all the musical works (notes and lyrics), their owners and the percentage ownership of works co-written by multiple songwriters. The interactive digital streaming services will pay the Collective, and the Collective will pay songwriters.

The licensing system is “compulsory,” in the sense that composers are compelled by operation of law to enter into the licenses, there is no “opt-out,” and the license exists whether or not composers take any action to make sure they are properly registered with the Collective.5

Who will create this massive database and how long it will take to populate it is yet to be determined.6

The Collective is charged with developing and maintaining the database. However, in the end it will be up to composers to get accurate ownership information to the Collective – that’s the only way composers can be sure they’ll get paid.7

Once the database is operational the MMA’s goal is for the database to contain ownership data for every musical work protected by U.S. copyright law. This includes musical works owned by non-U.S. songwriters as well as U.S. composers, if their works are streamed in the U.S. Therefore, songwriters outside the U.S. will have to make sure their works are properly registered with the Collective if they want to be paid.

How much will songwriters be paid under this compulsory license? As was the case before the MMA, royalty rates will be set by the Copyright Royalty Board.9

If it strikes you that this law is a mind-blowingly complex and ambitious undertaking, you are right! How long it will take for the Collective to select a developer and get the database established with correct ownership information is anyone’s guess. However, the target date for the cut-over to this system is January 1, 2021.10

So, a few takeaways your holiday party –

People are often surprised to learn that U.S. copyright law did not cover public performances of pre-1972 sound recordings. When you hear Stairway to Heaven (1971) played on the radio or digitally streamed on an interactive service like Spotify, Jimmy Page and Robert Plant (the composers) receive a songwriter royalty. But no one else is paid royalties (the other band members or, more likely, the record company that owns the recording).12

This will change under the MMA, but only for sales by digital streaming services and satellite radio stations, such as Sirius XM. So-called “terrestrial” radio stations (AM/FM radio) can still play pre-1972 sound recordings without paying a royalty to the rights-holders (although they must pay songwriter royalties, as they have in the past, typically through the PROs).

While this seems like a fair start to paying owners of pre-1972 sound recordings, one aspect of the law is particularly controversial – the duration of the new public performance copyright in the sound recordings. I’ll address this issue in a later post. (Hint: the duration is long).

Takeaways for your holiday party:

Takeaway for your holiday party:

Yes, this is a huge, complicated law, and I’ve barely scraped the surface. It’s going to take a long time for it to percolate fully throughout the music world. And, it’s going to be a challenge for the Copyright Office to implement it under the schedule set by Congress. Whether it turns out to be beneficial for music composers and the copyright system as a whole will not be known for years.

Update: On July 5, 2019 the Copyright Office announced that the Mechanical Licensing Collective, Inc. (MLC) has been selected as the entity that would administer the blanket license and distribute collected royalties to songwriters and music publishers. As discussed above, this entity will be responsible for developing and maintaining a comprehensive database of musical works and sound recordings, which will be publicly available. The MLC is led by the National Music Publishers Association (NMPA), the Nashville Songwriters International Association and the Songwriters of North America (AMLC). Ed Christman goes into this decision in detail in his Billboard article, Why The U.S. Copyright Office Chose The Mechanical Licensing Collective.