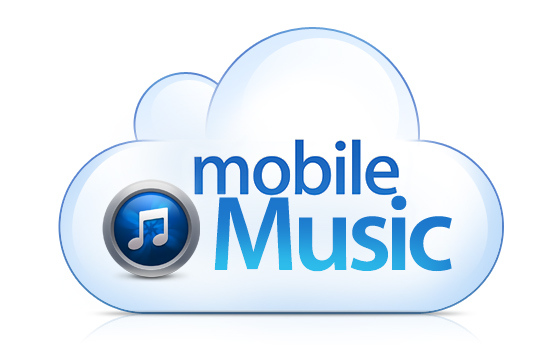 Aereo and the Cloud Before the Supreme Court

*note: the “cloud” is simply a metaphor for data and computing power accessed via the Internet.

When the Aereo case was argued before the Second Circuit Court of Appeals in November 2012 the “cloud” was not mentioned once. (transcript) However, by the time the case reached oral argument before the Supreme Court in April 2014 cloud computing — or the implications of a Supreme Court decision in Aereo on cloud computing — seemed to have become the focus of the case. Amicus briefs supporting Aereo predicted dire consequence for cloud computing if the Court ruled in favor of the networks,* and the “cloud” is mentioned more than 30 times in the argument transcript,

*note: For example, one amicus brief supporting Aereo warned of “unintended consequences” and argued that the tests proposed by the networks, their amici and the United States “are unworkable and will endanger the thriving cloud computing industry just as it starts to mature.” (link)

What was the Court’s concern about cloud computing, and how did the attorneys for the parties handle the issue?

While the Supreme Court judges didn’t identify their specific concerns about how a decision for the networks might impact cloud computing, they repeatedly referenced it. For example, at the very outset of oral argument Justice Breyer was so concerned about this issue that he questioned whether it would be easier to remand the case to determine whether Aereo is a cable company subject to a compulsory license in order to avoid addressing “serious problems . . . like the cloud.”

The networks’ attorney urged the Court “not to decide the cloud computing question once and for all today, because not all cloud computing is created equal.” (An argument at least one Justice found unsatisfying).  Aereo’s lawyer capitalized on this line of questioning, beginning his argument with the assertion that the networks’ interpretation of the copyright statute “absolutely threatens cloud computing.” He argued that the cloud computing industry was “freaked out about this case” because it had invested “tens of billions of dollars” in reliance on the legal principles Aereo was defending.

The attorney for the United States (which sided with the networks) made the best attempt to respond to the justices’ concerns, explaining that “if you have a cloud locker service, somebody has bought a digital copy of a song or a movie from some other source, stores it in a locker and asks that it be streamed back, the cloud locker and storage service is not providing the content. It’s providing a mechanism for watching it.” In other words, a cloud locker service that provides a user access to copies of copyrighted content that the user already has legally obtained would not violate the public performance right.

The Justices, for their part, did more to confuse matters than they did to clarify the issue.  Justice Kagan described  a system in which “companies where many, many thousands or millions of people put things up there, and then they share them, and the company in some ways aggregates and sorts all that content” and asked the networks’ attorney how a decision against Aereo would impact such a (presumably illegal) Megaupload-like service. Justice Sotomayor confused matters with her reference to the non-existent  “iDrop in the cloud” and her apparent lack of awareness that Roku is not a content provider, but a piece of hardware that allows subscribes to access programming services such as Netflix. Justice Scalia asked a question that suggested he might think HBO (a cable channel) was delivered free over the airwaves, and therefore would be susceptible to re-broadcast by Aereo.

Setting aside the melange of law, fact and misinformation at oral argument of the Aereo case the question remains: what would a ruling against Aereo mean for cloud lockers or the “cloud industry”?

The answer, it appears, is very little, since the key question in any cloud storage/copyright case is likely to be, “who provides the content that resides in the cloud locker”?

There are several possible scenarios: First, most data in the “cloud” is either created or licensed by the provider. Subscribers to the New York Times, Wired Magazine and Netflix stream or download files from the cloud. In each of these and thousands of similar services, the content is owned or licensed by the site, and access is restricted to paying subscribers. A Supreme Court ruling against Aereo will have no impact on this part of the “cloud industry.” A variant on this model is where the user already possesses a copy of a file, and “scan-and-match”* technology allows the user to access files on a centralized database maintained in the cloud. Popular “music lockers” provided by Google, Apple and Amazon are good examples of this hybrid model. Again, a decision against Aereo will not affect this model of cloud computing.

*note: Using “scan-and-match” technologies the cloud service maintains one licensed copy of each song, and “matches” the subscriber’s collection against each song in the database. This avoids requiring the user to upload her library to the service (an often time-consuming process) and eliminates the requirement that the service maintain a copy of each file the user uploads, greatly reducing storage requirements.

Second, where content is uploaded to the cloud by a user or subscriber in the first instance and is universally accessible, the cloud service is protected by the Digital Millennium Copyright Act’s (DMCA) notice and take down provisions.* A popular example of this type of cloud service is YouTube. This model would not be adversely impacted by a decision against Aereo.

note: Although Aereo mentioned the DMCA in passing in its brief to the Supreme Court, it has never argued that it is entitled to immunity under the DMCA safe harbors, seemingly conceding that Aereo is the content provider of the TV shows at issue, not Aereo’s users.

Third, in cases where users upload files that are stored individually (e.g., 10,000 copies of “Stairway to Heaven” uploaded and stored separately), the storage site allows only the person who uploaded the file to access it (so-called user-specific transmissions), avoiding copyright liability under the public performance provision based on a combination of fair use (“space shifting” by the user) and application of the “volitional conduct doctrine” by the cloud service.*

Aereo — which copies over-the-air TV transmissions directly and supplies copyrighted content to its subscribers — fits within none of these models, leaving the Supreme Court plenty of room to conclude that Aereo’s argument that a ruling against it will signal a death knell for cloud computing technologies is little more than a straw man argument. The Court can rule against Aereo while making clear that it has no intent to interfer with cloud-based services that use licensed content or provide storage for content the end-user independently possesses and elects to store in the cloud.

My prediction: the Supreme Court will do exactly that, leaving any “close cases” that may arise in the future for the lower courts to resolve.