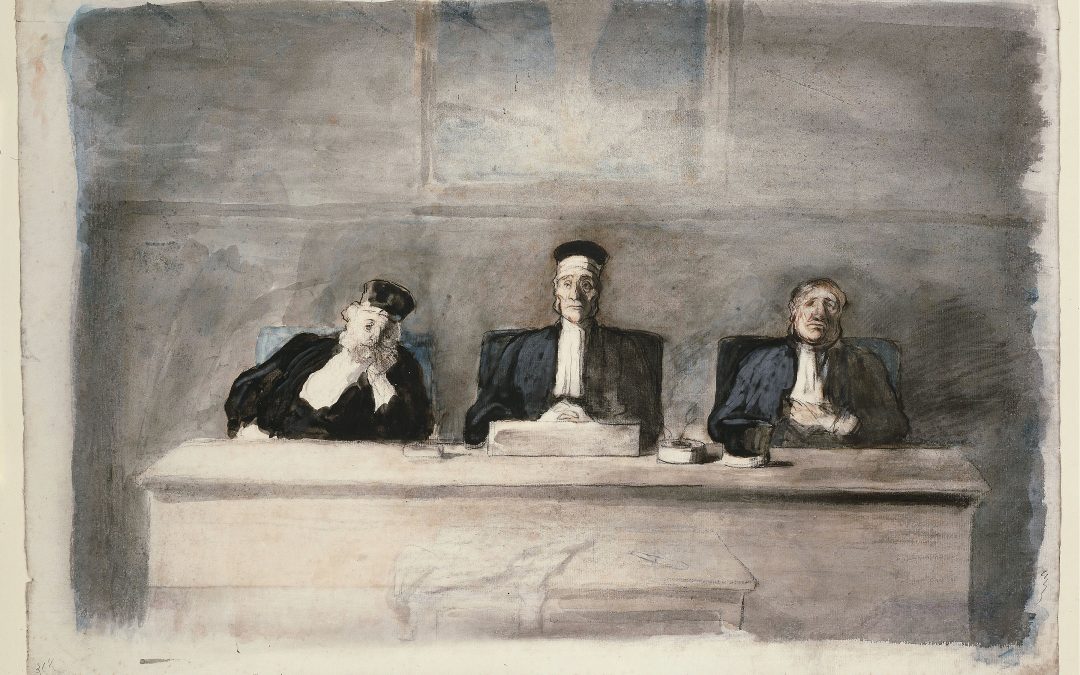 The second arbitration anecdote I’d like to share (see my first “sausage factory” anecdote here) involved, once again, a 3-person arbitration panel. The case arose out of a manufacturer-distributor relationship.

Here’s how the business worked.

The manufacturer discovered that one dealer had been falsely representing price competition on a large scale for several years. The manufacturer brought an arbitration case against the dealer seeking to recover the profits it had lost as a result of this fraud. I was one of three arbitrators on the case. I’ll call myself Arbitrator 1 and the other two arbitrators Arbitrators 2 and 3. All three of us were lawyers with many years of experience.

There was a two-day hearing (arbitration-speak for a trial), and as it turned out the dealer didn’t have much of a defense. One defense theory asserted by the dealer’s lawyers was that the manufacturer’s sales people had encouraged this practice, presumably to encourage sales and pump up their commissions. However, it was unable to present even a shred of evidence to support this – no testimony, no documents, nothing. Of course, in a trial what the lawyers say is not evidence – evidence is the testimony of witnesses and documents.

When the panel met to decide the case, to my surprise Arbitrator 3 said that he was experienced with commission sales people in situations like this, and he believed that the manufacturer’s sales people had encouraged the fraud. Therefore, he argued, the dealer should win the case.

Arbitrator 2 and I pointed out that this might be true in some situations, but we couldn’t reach this conclusion when there was no evidence to support it in this case. Arbitrator 3 became angry with us and said that in that case he would not join in the award. He stormed out of the conference room (leaving Arbitrator 2 and myself with mouths agape), and we didn’t hear from him again before deciding this case. The two of us went ahead and issued the award for the manufacturer.

What struck me in this case was that Arbitrator 3 was willing to decide the case based on his personal experience, even though there was no evidence that what Arbitrator 3 claimed he had seen elsewhere had occurred here. Although a jury might conceivably do this, a competent, trained judge never would, and I felt that a party in an arbitration should expect no less.

I believe that parties to arbitration should be able to count on arbitrators relying on the evidence put before them, and not have an arbitrator make it up, as Arbitrator 3 did in this case. Often the evidence is in dispute, and an arbitrator (like a judge or jury) has to evaluate credibility. But for an arbitrator to decide a case where there is no evidence to support the arbitrator’s theory, is simply wrong. And, as I’ll discuss in my next (and final) post in this series, there’s nothing to stop an arbitrator from doing that. If you elect arbitration you may encounter a situation like this, and even worse you may never know it.

What’s my take-away from this? You never know what you don’t know going into an arbitration. You may believe (or your lawyer may tell you) that you have a good case, a strong case, a great case, even a “can’t lose” case (no lawyer should ever tell a client this!), but in arbitration you just don’t know. So if you’re a client heading for an arbitration hearing, and your lawyer tells you it’s the strongest case s/he’s ever seen, with an 80% likelihood of success, maybe you should discount that to 70%, and factor that adjustment into your settlement strategy.

In the last post in this three-part series on arbitration I’ll provide a few observations about the decision whether or not to include an arbitration clause in a contract. 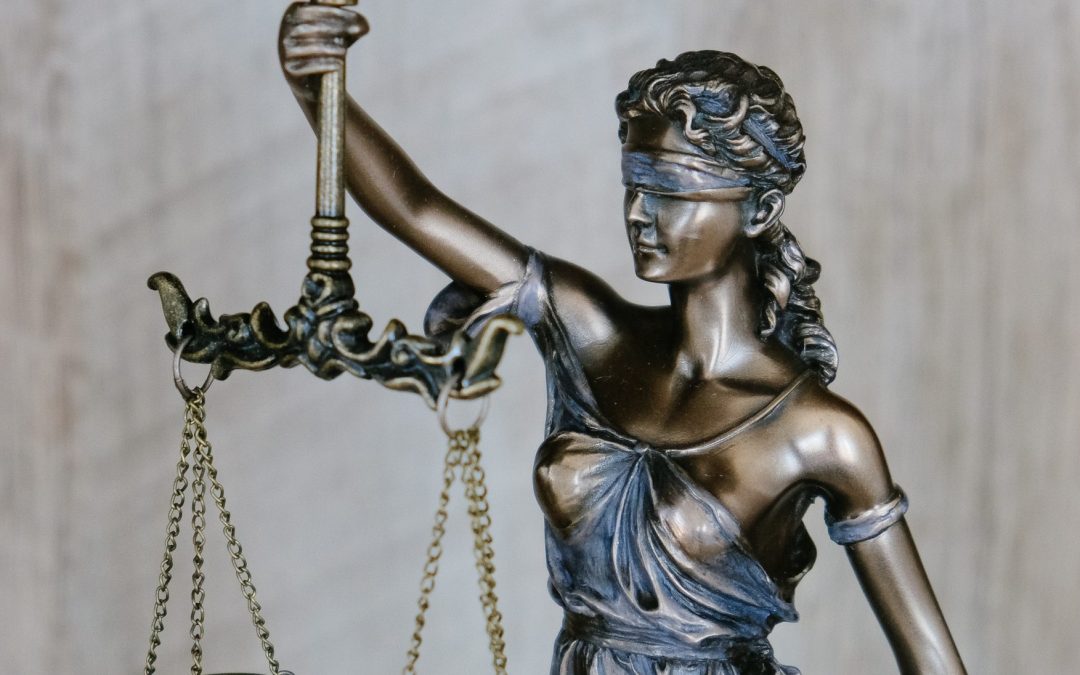 “The thing to fear is not the law, but the judge”  Russian Proverb

I’ve been arbitrating legal disputes since the early 2000s. Here is the first of a couple of anecdotes I’ll share. I am referring here to my experience as the arbitrator, not an attorney arguing a case before an arbitrator.

My cases have varied enormously, from huge multimillion dollar disputes to relatively small cases involving under a hundred thousand dollars. You might think that when I look back on these cases I have interesting stories about the lawyers and the clients, but that’s almost never the case. My most vivid memories involve my co-arbitrators on 3-person arbitration panels. This is where I’ve seen the most surprising aspects of human nature. In this post I’ll describe one of these, and leave other cases for future posts. I’ve slightly disguised the parties and facts so that they would not be recognizable, even to the parties, but they maintain the essence of the case.

The case was a David Inc. v. Goliath Inc. arbitration that involved complex patent and trade secret misappropriation claims by David. The arbitration panel was unusual, in my experience – the parties agreed on a single neutral, and each party retained their own arbitrator who was, in effect, their advocate on the panel. So, it was a three-person panel with one neutral arbitrator, one arbitrator chosen by David and one chosen by Goliath. My “client” was Goliath Inc., the defendant (or in arbitration-speak, the “respondent”). There were no restrictions on my meeting with Goliath’s attorneys during the hearings – indeed, I had lunch with them every day of the hearings, and advised them on how I thought their case was proceeding. I assume the same was true of David Inc.’s chosen panel member. In this case David was seeking approximately $200 million in damages.

The hearings lasted about 20 days, spread out over several months. At the close of the case it was clear that the “neutral” thought that David had put on a very weak case. However, he insisted that David was entitled to an award of around $2 million, one percent of what it was seeking in damages. I disagreed, to the point that I told the neutral that I would not join in the $2 million award. I felt that the proposed award was legally defective, and that the neutral was wrong on the law in reaching it. I thought it was a “sympathy award” by the neutral – give David (and likely it’s contingent fee attorneys), something that they could perhaps break-even on in terms of fees and expenses.

At a meeting with the neutral and “David’s” lawyer I told them that although I would not write a dissent to the “reasoned award” the parties had requested that the panel prepare, neither would I join in the award. In other words, two of the arbitrators would sign the award, which would be legally sufficient for it to be fully enforceable. A couple of days later the neutral arbitrator called me one-on-one and told me that if I would not join in the award he would increase the damages against “my party” – Goliath – by millions of dollars. I was shocked, but I had no choice but to go along with what I viewed as little more than blackmail.  I joined in the award, and I never told my party about this call.

What was the neutral’s motive for strong-arming me like this? I believe that given the size of the case and its complexity he wanted a three-person award, to avoid any chance it might be successfully challenged in court – he wanted a 100% appeal-proof award. End of my story. I hope it provides some insight into what can go on inside the “sausage factory” of an arbitration panel.

A final word on this case – I’ve never been on a “one-neutral, two-advocate” arbitration panel before or since, and I would advise against it. The neutral arbitrator is unlikely to be swayed one way or the other by the “party arbitrators” (after all, the lawyers for the parties do that job). In fact, as I will discuss in another post, I would stay away from 3-person panels altogether, except in cases where the economics of a potential dispute justify it.

7th Circuit Reminds District Court: Manifest Disregard of the Law Is Not Grounds for Vacating an Arbitration Award

One of the risks of electing to resolve a dispute in arbitration is that, apart from a few narrow exceptions, the decision of the arbitrator is non-appealable.  This can be very hard on the losing party, who believes the arbitrator completely misapplied the law or, in the terminology of the courts, “manifestly disregarded” the law.

Affymax believed it was faced with such a situation when an arbitration panel ruled in favor of Otho-McNeil-Janssen on certain issues in a complicated patent dispute.  Affymax challenged the panel’s decision, and the federal district court reversed part of the arbitration panel’s award.

Wrong, said Chief Judge Easterbrook of the 7th Circuit Court of Appeals in Affymax, Inc. v. Ortho-McNeil-Janssen Pharmaceuticals, Inc., decided on October 3, 2011:  “Manifest disregard of the law” is not a ground on which a court may reject an arbitrator’s award.  The First Circuit, where I practice, has made this clear as well.  See Ramos-Santiago v. United Parcel Service, 524 F.3d 120, 124 n.3 (1st Cir. 2008) (“manifest disregard of the law is not a valid ground for vacating or modifying an arbitral award in cases brought under the Federal Arbitration Act”).