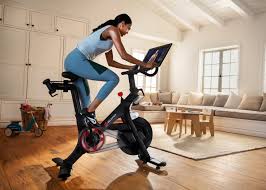 This is a brief follow-up to my earlier post, Copyright Infringement? Peloton Punches Back With Antitrust.

Under Section 1 of the Sherman Act a “contact, combination or conspiracy” in restraint of trade is illegal. However, the Sherman Act says nothing about how much evidence is necessary to file a lawsuit alleging an illegal antitrust conspiracy. In other words, what factual allegations do you need in the complaint to avoid having it dismissed? In lawyer-speak: “what do we need to get into court?”

This question arises frequently in antitrust litigation, and it’s often a close call. Evidence of an antitrust conspiracy may exist, and it may be accessible via discovery, but the plaintiff needs to make enough factual allegations to avoid dismissal to get access to discovery and prove the conspiracy. If it can’t allege the illegal conduct in a complaint, it’s likely to face a motion to dismiss that will kill the case at its inception.

The Supreme Court has made this challenging for plaintiffs. In Bell Atlantic v. Twombly (2007), the Court held that a complaint alleging an antitrust conspiracy must plead “enough facts to state a claim to relief that is plausible on its face.” “[T]he complaint’s factual allegations must be enough to raise the right to relief above the speculative level, i.e., enough to make the claim plausible.” If the complaint doesn’t meet this “plausibility” standard, it will be dismissed on a motion filed by the defendant.

The problem is that “plausibility” is highly case-specific.

In my first post on Downtown Music Publishing v. Peloton1 I predicted that the music publishers would use this defense to try to dismiss Peloton’s counterclaim alleging that they had engaged in an illegal antitrust conspiracy. As expected, this is exactly what the publishers have done.

To recap, in early 2019 nine independent music publishers filed suit against Peloton, claiming copyright infringement of more than a thousand musical works and seeking total damages as high as $150 million. Recently, the publishers filed an amended complaint that doubles the number of works infringed, as well as the damages.2

The law that has evolved under Twombly allows an antitrust plaintiff to allege a conspiracy based on direct evidence or circumstantial facts that support an inference that a conspiracy exists. Here is the essence of the publishers’ argument addressing the allegation of a direct conspiracy –

Peloton does not even attempt to allege a direct case of conspiracy … Its complaint fails to plead the required “evidentiary facts: who, did what, to whom (or with whom), where, and when.” . . . Rather, Peloton relies on vague allegations that the Publishers . . . have engaged in collective negotiations of license terms and have exchanged information with each other about ongoing license negotiations at unidentified times and places. . . . Such allegations fall far short of pleading an agreement that can withstand dismissal. See Twombly … (holding that “a conclusory allegation of agreement at some unidentified point does not supply facts adequate to show illegality” where the allegations “mention[] no specific time, place, or person involved in the alleged conspiracies.”).

This argument is persuasive, and I expect the publishers to win on this point. The complaint is missing the allegations of “who, what, where and when” that are usually the basis for a direct conspiracy.

However, Peloton also can meet the “plausibility” standard based on circumstantial evidence that supports an inference of a conspiracy. And here things get murky.

The music publishers undertake a lengthy, and frankly somewhat convoluted, explanation for why the publishers might have cut off negotiations with Peloton without engaging in an agreement or conspiracy – that is, that each of the publishers acted independently in its own economic self-interest. (Music publishers brief here).

. . . absent their agreement in restraint of trade, each of the coordinating publishers’ own economic-self interest should have led them to enter into direct license agreements with Peloton. The facts at trial will reveal that Peloton had entered into multiple licensing agreements with dozens of publishers (including all the “majors”) on terms viewed as favorable by those many licensing publishers, and that Peloton similarly offered to license the counterclaim defendant publishers on favorable terms that, had they been acting individually, would have been in their economic interests to accept. The only plausible inference in such circumstances is that the counterclaim defendants believed that, by seeking to license collectively and otherwise refusing to deal with Peloton, they could extract supracompetitive fees.

Either way, the stakes are high for both sides. If the publishers succeed in getting the antitrust case against them dismissed, Peloton will have the right to an immediate appeal to the Second Circuit. But that takes time, and in the meantime Peloton (which just went public and raised $1.3 billion) will have lost the leverage its antitrust counterclaim gives it to negotiate a reasonable settlement of the publishers’ copyright case. Shareholders are unlikely to be enthusiastic about spending Peloton’s newly obtained capital to defend the publishers’ copyright case, and risk almost one-third of it if the publishers win.

Bottom line: this is a copyright and antitrust case worth watching.