I’ve lived in Boston all my life, going on 60 years in the not too distant future, and you’d think that I’d be used to this stuff by now, but really, I’m not. I keep thinking that Boston has joined the 21st Century (or at least my fantasy of what the 21st Century should be). Sure, I like to read books by George Higgins

and Dennis Lehane and we all like reading about Whitey Bulger, the Winter Hill Gang, the FBI’s involvement in gangland murders, Raymond Patriarca, Jerry Angiulo and the North End Mafia, but all that stuffs in the past, right? We’re the Athens of America, the City of Great Universities, the home (in part) of the birth of the Internet. We’re a world-renown center of art, science and education. Sure, we have some stuff in our past we’d rather not talk about, but hey, the past is the past. Fuggeddaboudit!

So I’m shocked, just shocked, to learn that all of our state legislators may not be completely on the up-and-up. But, that’s what the local feds seem to think. Eighteen-year state senator Diane Wilkerson was arrested by the FBI earlier today for allegedly taking bribes to help a nightclub secure a liquor license. Looks like Wilkerson was the subject of an elaborate sting– the lengthy FBI affidavit suggests that all of her bad behavior was video or audio recorded and photographed over an 18 month period. Wilkerson faces federal charges, and a long, long time in the federal pen if convicted.

Here is Wilkerson below, allegedly stuffing a $1,000 cash payoff into her bra during a meeting with an informant at No. 9 Park restaurant on June 18, 2007. No, I didn’t take this photo. I can’t afford to eat at No. 9 Park which, for out-of-towners, is a haute cuisine restaurant right near the State House, not a doorway on some poorly lit side street. This photo was part of the FBI affidavit. 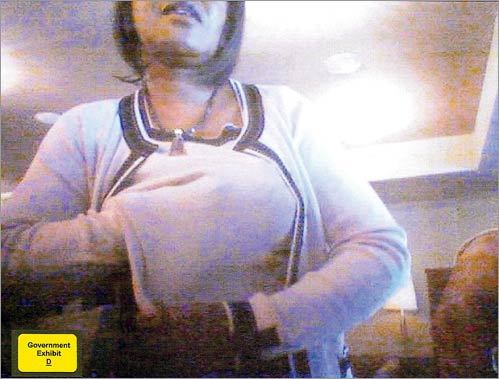 The U.S. Attorney’s office has told the federal court that there are many photos, videos and audio recordings that make the government’s case solid. (Haven’t those guys ever heard of entrapment?)

Well, what can you say – the world turns, sure, but Boston keeps its charm. Love that dirty water …..