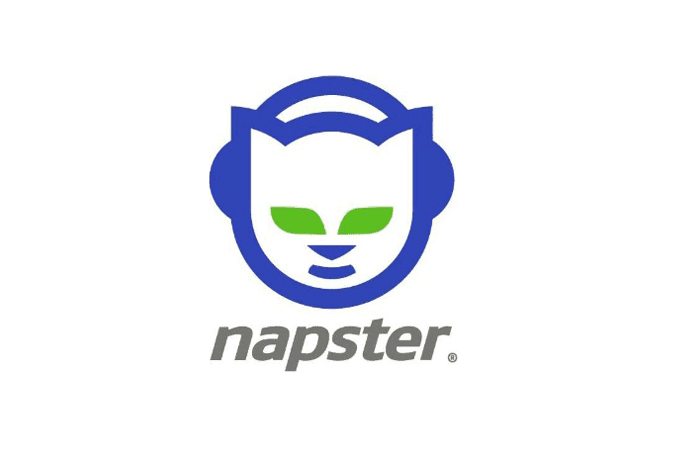 Copyright and Innovation: Hanging on to the Past

“The music business is a cruel and shallow money trench, a long plastic hallway where thieves and pimps run free, and good men die like dogs. There’s also a negative side.”

As the battle between online music companies and copyright owners has raged in the courts during the last decade many of us have wondered what was going on behind the scenes.  How did the record companies and publishers assess the threat of digital music to their industry?  Why did they react as they did? What effect did their decisions have on innovation and investment in online music companies?

Professor Michael Carrier, Professor of Law at Rutgers School of Law in Camden, has tried to answer some of these questions by conducting  interviews with a range of influential people in the music industry — people who witnessed these events and decisions as they unfolded.  He presents his results in a cutting edge law review article published on SSRN in early July: Copyright and Innovation: The Untold Story.  This paper, which is forthcoming in the Wisconsin Law Review, is an inside look at these issues, through the eyes of 31 “CEOs, company founders, and vice-presidents from technology companies, the recording industry, and venture capital firms.”  Of course, we can’t know the extent to which the opinions expressed by these individuals reflect reality. The battle between the labels and digital music companies is far from concluded, and it’s possible that these individuals were grinding their own particular axes, even in the semi-anonymous context user by Professor Carrier.* However, it has the ring of truth, and I discount it very little, if at all. Hunter Thompson must be nodding agreement from the grave.

*The interviewees are identified in the study, but specific quotes are not attributed to specific individuals.

After providing some background information on the seminal 2000/2001 Napster case, and more recent legal issues associated with online copyright law, Professor Carrier presents the results of his interviews with record labels executives, artists and venture capitalists.  At the heart of his paper is the question of how the record industry confronted their own version of the “Innovators Dilemma” –  the “dilemma” that an industry faces when it is confronted by an alternative technology (the so-called “disruptive technology”) that is less expensive and threatens to replace the status quo. Resist, adapt or some of each?  These are the choices the record industry — no stranger to change throughout the late 20th century — was faced with by peer-to-peer technologies.  However, this time the change went far deeper than it had in the past. How did they react?

Perhaps not too surprisingly, the answer does not do the labels proud.  According to Professor Carrier the labels were completely blind-sided by digital music downloads, and they reacted defensively.  Prof. Carrier quotes record label officials who described Napster as “terrifying,” and “devastating.” A “sudden shock to the system” that the labels “were not prepared for.” Although the record industry waged a massive, all-out legal war against Napster and services such a Kazaa, LimeWire, Morpheus and BitTorrent, as well as suing thousands of individuals, they have been unable to put the genie back in the bottle. By failing to strike a licensing deal with Napster in 1999/2000 the record industry forced file sharing to go underground, where it grew tremendously and eventually overwhelmed the labels.

Not surprisingly, the decision-makers within the record labe are portrayed unfavorably.  These record company “tech gurus” turned out to be “old-school marketing people that had just come up through the ranks as enforcers.”  They behaved as “irrational actors.”

Prof. Carrier paints a graphic picture of the extent to which the record labels were caught flat-footed. The labels didn’t view consumers as their customers, but rather viewed retailers, such as Walmart and Tower Records, as their customers.  According to Prof. Carrier, one label spent $1 billion on trucks to distribute their CDs.  The major labels were different because “they had trucks.”  “No one else could put a CD in every record store in the country on the day of release.”

The labels were also confounded by the maze of copyright rights they were forced to deal with. The layers of copyright ownership are notoriously complex, and the labels had difficulties getting “all the stars to line up.”  In many cases the labels themselves didn’t know “who owns what,” since older contracts were “vague or unclear.”  In other instances, where the labels could identify the rights holders, they couldn’t find them.

Corporate inertia and self-interest played a major role in the labels’ reaction to digital downloads. Record labels often are part of large conglomerates, and the sheer size of the companies made it hard to adapt. Record company officials were always “discovering the Internet anew,” and “having to start from scratch.” Some in the recording industry viewed digital downloads as a “passing fancy” that they could survive by burying their heads in the sand. “Bonus inertia” discouraged the adoption of new business models: “incumbent senior executives whose bonuses are at risk and who have bosses to report to” are not “willing to take the career risk of being wrong.” In what appears to be the ubiquitous “I’ll be retired before the sh*t hits the fan” attitude, the industry suffered from “ignorant people just hanging on” who concluded they would be retired before the technology threatened their market positions and jobs.

Of course, the lawyers that work for the lables come in for scathing criticism.  “Most labels are run by lawyers,” quotes Prof. Carrier.  These lawyers focused on worst-case scenarios instead of business decisions that might exploit opportunities.  The following is a quote from the paper:

Lawyers at the labels historically drove the digital agenda. There was no one there with a truly entrepreneurial spirit. Zero, zilch, zingo, nada. No one there whose entire initiative was not to hang on to the past.

Prof. Carrier’s interviews include venture capital investors, many of whom took a pass on digital downloads after Napster.  He notes the critical role that venture capital has had in funding countless technology companies, listing examples such as Amazon, Apple, Facebook, Google and Microsoft.  However the labels’ litigation strategy created “a wasteland with no music deals getting done.”  “The graveyard of music companies was just overflowing.”  The Napster decision led to a “lost decade.”  To the extent the record labels were attempting to destroy the necessary “fertilizer” for the new online music industry — VC investment — it largely succeeded.

The ultimate beneficiary of this strategy was Apple’s iTunes service.  Napster cleared the way for iTunes to establish a dominant position, locking the music industry into “the Apple ecosystem.”  Apple launched the iTunes Music store in April 2003, and within seven years there had been 10 billion downloads.  Illegal downloads from Napster seeded the success of Apple’s iPod, and the iPod prepared the market for Apple’s legal iTunes store.

There is much more in Professor Carrier’s law review article than I have been able to discuss in this brief summary. It tells a familiar and sad story. Examples of the “innovator’s dilemma” surround us today.  It is obvious in computing (where it seems to be a constant), life sciences, the automotive industry and environmental sciences. Perhaps it is not an overstatement to say that, in this era of rapid technological and scientific advances, it is present in every industry. Human nature being what it is, the “status quo” often will fight a new paradigm, rather than adapt to it. The future is cloudy, and often that strategy will pay off. For the record industry, at least so far, it hasn’t.

Copyright and Innovation: The Untold Story