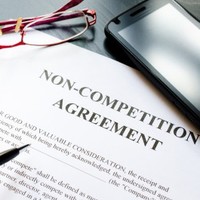 Laws are like sausages, it is better not to see them being made.  Otto von Bismarck

Update: A new noncompete law was finally enacted in 2018. For a detailed discussion of the law see: A New Era In Massachusetts Noncompete Law

You could go to sleep for years, Rip van Winkle-like, and not miss much when it comes to keeping up with Massachusetts noncompetition legislation. Bills have been filed every year since 2009 and failed to be enacted into law. These bills have displayed all kinds of restrictions on non-competes, ranging from an outright ban (California-style), to a minimum salary requirement.

However, it’s worth taking an occasional peak at what the drafters of this legislation are up to, and the proposed 2016 law is worth waking up for, particularly since it passed the Massachusetts House and is headed for the Senate and possible delivery to Governor Baker for signature by the end of July.

Unsuprisingly, watching the sausage factory (the legislature) at work is not a pretty sight. At the same time, it’s difficult to avert your eyes.

The bill, now H. 4434, contains a lot of what you might expect based on past bills: a 12 month restriction on non-competes (expanded to two years if the employee has breached her fiduciary duty to the employer or unlawfully taken, physically or electronically, property belonging to the employer), and requirements that noncompete agreements be in writing and be provided to employees in advance of the commencement of employment.

However, the proposed law also contains a controversial so-called “garden leave” requirement. The expression “garden leave” — which is common in Britain but infrequently used in the U.S. — describes the situation where an employee leaving a job is told to stay away from work for a certain period, while remaining on payroll. The idea is that a few weeks or months hanging out in the “garden” (or pub!) will prevent the employee from learning confidential information she might take to a new employer.

The proposed Massachusetts law requires that noncompete agreements include a “garden leave clause,” although what this describes is a variation on the British version. It would require an employer to pay an employee subject to a non-compete, post-termination, “at least 50 percent of the employee’s highest annualized base salary” during the two years before the termination. This amount would be paid pro-rata over the duration of the noncompete period (presumably no more than 12 months).

An earlier version of the bill made garden leave mandatory with no loopholes. If the bill had remained in this form it would have greatly complicated employers’ decisions on whether or not to impose noncompetes, since the cost to employers if they chose to enforce a noncompete would have gone from free (today) to six months’ salary.

However, at the last minute the bill was amended to allow employers and employees to agree on, as an alternative to garden leave, some “other mutually-agreed upon consideration.” Translation: employer to employee – “if you want this job you need to agree to a two week garden leave provision. Take it or leave it.” This loophole has been described elsewhere as a “giant, EMC-sized hole“.

Whether the garden leave provision remains in its now-weakened form in the Senate, or whether it will be restored to its original, noncompete-disincentivizing form, remains a key consideration as to whether this bill will have a major impact on noncompete law in Massachusetts.

A few other aspects of this legislation are also worth mentioning. First, and most importantly, a noncompete would not be enforceable against an employee terminated without cause or laid off. This would be a significant limitation on noncompetes in Massachusetts. Employees are often aghast to discover that a noncompete may be enforced against them even though they were terminated from their employment. The bill would leave noncompetes enforceable only against employees terminated with cause (a relatively infrequent occurrence) and employees who terminate their employment voluntarily.

Second, noncompetes would not be enforceable against non-exempt (overtime eligible) employees, students and employees 18 years or younger.

Third, if the employee has been a resident of Massachusetts or employed in Massachusetts for 30 days before termination of employment the employer won’t be able to avoid complying with the law by designating the controlling law to be that of another (more noncompete-friendly) state.

Whether this bill will be passed into law and, if so, what form it will take is is anyone’s guess. However, one thing it clear: only if the garden leave provision is restored without the current loophole will the culture of noncompetes in Massachusetts truly be transformed.