Copyright and Fair Use: The LA Sheriff’s Department and the Grateful Dead

I’d fallen behind on some reading, but in catching up I noticed two copyright “fair use” cases that I thought were pretty interesting.

The first was decided by the 9th Circuit Court of Appeals in California. This case is similar to a situation that we encounter often, but on a scale that I’ve never seen before. Briefly, the L.A. County Sheriff’s Department entered into a license that allowed it to make approximately 3600 copies of a software program on its computers. Through inadvertence, poor record keeping, or poor supervision, the Sheriff’s Department installed the software on approximately 6,000 computers. Exceeding the scope of a license is copyright infringement, and the software owner so claimed. The Sheriff’s Department’s main line of defense was that it’s actions were “fair use.” In all the cases I’ve handled of this nature, it had never occurred to me to assert a fair use defense, and I don’t regret my failure to come up with this imaginative defense. The Sheriff’s Department lost on all of the “fair use factors.“

Amazingly, this case went through trial and then appeal, with the Sheriff’s Department losing at every stage, and the software owners being awarded a fairly large judgment for its troubles. This is representative of how difficult it is to sue a government entity. They often will fight long beyond the point that a private defendant would have recognized the economics of the situation and settled the dispute.

Rex non potest peccare. A link to the full decision is here. 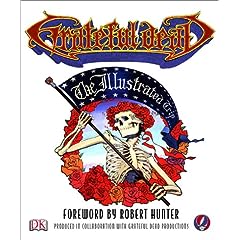 The second case involved the publication of a 480 page coffee-table style book that is a chronological history of the Grateful Dead. The book, entitled Grateful Dead: The Illustrated Trip, contained around 2000 images and illustrations. Unfortunately for the publisher, it included seven images from Grateful Dead event posters and tickets owned by the Bill Graham Archives (Bill Graham, the famous rock promoter died in 1991; his archives are now owned by Wolfgang’s Vault).

Although the book publisher had attempted to license the seven images before publication, it had been unable to strike a deal with the Bill Graham Archives. Regardless, the publisher used the images, apparently hoping to plead copyright fair use, should it be forced to defend its actions.

After the Bill Graham Archives brought suit for copyright infringement, the federal district court in New York dismissed the case based on the fair use defense. The second circuit upheld this decision after engaging in a fairly exhaustive analysis of the fair use doctrine in this context. Critical to the court’s conclusion was the fact that the chronological arrangement of the images was “transformative,” that their use in the book emphasized their historical value, and that the images were used in reduced form.

In my opinion, the federal appeals courts were “two for two” in these fair use decisions.