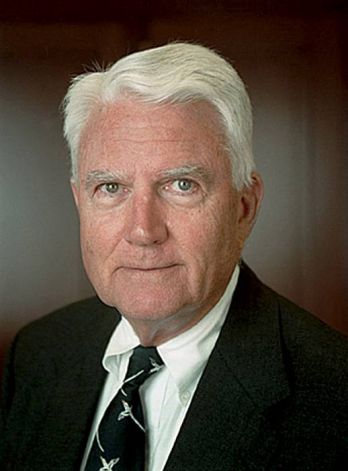 “The thing to fear is not the law, but the judge.” – Russian Proverb

Viacom has filed its opening brief in its second appeal in Viacom v. Youtube. This long-running copyright case is establishing important precedents in the interpretation of the  Digital Millennium Copyright Act (DMCA).*

*See this link for my most recent post on this long-runing case.

In its current appeal Viacom argues that the trial court judge erred in granting Youtube summary judgment following remand from the Second Circuit’s 2012 decision in this case.

The appeal raises many difficult and important issues in applying the DMCA, and it remains to be seen whether the Second Circuit will add clarity or confusion to this complex law. However, one element of Viacom’s argument jumps out instantly. Viacom’s brief includes a section titled “This Court Should Exercise Its Discretion To Remand The Case To A Different District Court Judge.” The text of the argument in support of this request, in its entirety,  is as follows:

Given the protracted nature of this litigation (the case is now well into its seventh year) and the evident firmness of the district court’s erroneous views regarding the DMCA, this Court should exercise its discretion to remand the case to a different judge “to preserve the appearance of justice.” E.g., United States v. Robin, 553 F.2d 8, 10 (2d Cir. 1977). Reassignment would “not   imply any personal criticism of the . . . judge,” nor would it “create disproportionate waste or duplication of effort,” given that the case has yet to go to trial. Scott v. Perkins, 150 F. App’x 30, 34 (2d Cir. 2005).

Well, that takes chutzpah! If the case is remanded to the district court for further proceedings and the case goes back to U.S. District Court Judge Louis L. Stanton he will be well aware that Viacom tried to have him bounced from the case. While Judge Stanton (who has almost 30 years on the bench and is pictured above) may try not to hold this against Viacom, he’s only human, and there’s no knowing to what extent this will subtly bias him against Viacom. After all, one of the most important rules of good lawyering is try to stay on the right side of the judge.*

*That’s why lawyers invariably laugh at every joke made by a judge in their case, and even (I have seen this) research the judge’s hobbies and make subtle comments about it. If the judge’s hobbies include professional baseball, you can be sure one of the lawyers will comment, “great (tough) game last night, Your Honor.”

Given the low likelihood that the request will succeed, was asking for reassignment a prudent risk for Viacom to take?  I think not. For the Second Circuit to reassign  a case on remand following summary judgment is rare, so this is a long shot for Viacom. As Justice (then Second Circuit Appeals Court Judge) Sotomayor observed in 2001, reassignment on remand occurs only where there are “unusual circumstances,” such as “substantial difficulty in putting out of his or her mind previously-expressed views or findings determined to be erroneous” or to “preserve the appearance of justice.”   (Martens v. Thomann). The two cases cited by Viacom (U.S. v. Robins and Scott v. Perkins) are not to the contrary.

Viacom has made no effort to show that Judge Stanton falls under this narrow exception. The only “appearance of injustice” is that the judge has ruled against Viacom in two summary judgment motions. The majority of the judge’s rulings were upheld in Viacom’s first appeal, showing that the “appearance of injustice” is often in the eye of the person receiving the justice.

If anything, the fact that Viacom v. Youtube is a large, complex and long-lived case with which Judge Stanton is intimately familiar is good reason not to remand the case to a new district court judge.

Clearly, Viacom is fed up with Judge Stanton and wants to get out of his courtroom. However, it has  taken a calculated risk with low odds in its favor. By asking that its case be reassigned in the event of a remand Viacom’s lawyers are more likely to have shot their client in the foot than to have advanced its cause.