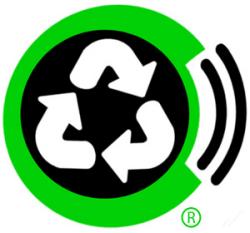 Federal Judge Tells Redigi to Shut It Down

As I reluctantly predicted last week, U.S District Court Judge Richard Sullivan has ruled that Redigi’s digital resale business is not protected by the first sale doctrine. His March 30, 2013 decision falls squarely in line with the arguments made by Capitol Records and rejects all of Redigi’s positions.

I have written quite a bit on this case (here and here), and there is nothing new or surprising in the court’s decision. The court described the issue before it as “the novel question . . . whether a digital music file, lawfully made and purchased, may be resold by its owner through ReDigi under the first sale doctrine.” In answering this question the court emphasized that because it is “a court of law and not a congressional subcommittee or technology blog, the issues are narrow, technical, and purely legal.” Indeed, the court hewed closely to the statute. It noted that “the plain text of the Copyright Act makes clear that reproduction occurs when a copyright work is fixed in a new material object.”* The court states that “put another way, the first sale defense is limited to material items, like records, that the copyright owner put into the stream of commerce. Here, ReDigi is not distributing such material items; rather, it is distributing reproductions of the copyrighted code embedded in new material objects, namely, the ReDigi server in Arizona and its users’ hard drives.”

*This includes phonorecords, which are the “material objects in which sounds . . . are fixed by any method now known or later developed, and from which the sounds can be perceived, reproduced, or otherwise communicated, either directly or with the aid of a machine or device.” 17 U.S.C. § 101.

The court rejected Redigi’s claim that files on users’ computers are “migrated” to the Redigi server. It found that when a user downloads a digital music file it is  “reproduce[d]” on a new phonorecord within the meaning of the Copyright Act. When that user moves the file to the Redigi server the “file has moved from one material object – the user’s computer – to another – the ReDigi server – [and therefore] an [unauthorized] reproduction has occurred.” The court rejected the argument that Redigi’s system is protected under copyright fair use, noting that Capitol does not (in this case) challenge the use of cloud-based storage lockers for personal use or convenience. “Capitol asserts only that uploading to and downloading from the Cloud Locker incident to sale fall outside the ambit of fair use. The Court agrees.”

The court concluded that Redigi is liable for direct, secondary, contributory and vicarious infringement.

According to Time magazine online, Redigi has a new and different technology that was not at issue in the case (Redigi 2.0) and plans to appeal the March 30th decision. However, here is where Redigi will find itself deep in the weeds of federal civil procedure, which presents a new set of problems. The case is not over, and among other things Redigi faces a trial on damages, which could be as much as $150,000 per infringement. We don’t know what Redigi’s sales volume is, but it’s hard to think that Redigi’s potential liability will not reach millions of dollars.  However, unless an injunction is issued (the court’s opinion was not accompanied by an injunction), any appeal may have to await final judgment, which will incude damages (and potentially Capitol’s attorney’s fees). However, Redigi will not be permitted to initiate an appeal unless it firsts posts a bond in the amount of the judgment. Typically, a small start-up like Redigi can obtain a bond only by providing the bonding company a cash amount equal to the bond.  It seems unlikely that Redigi has sufficient assets to afford a bond to cover a large judgment.

In addition, Capitol may seek leave of court to add as defendants the individual owners and employees of Redigi that exercised control over or benefited from the infringement.  While Redigi could oppose such as motion as coming too late in the case, a decision would be at the discretion of the judge. As Capitol Records showed in its copyright suit against MP3tunes and Michael Robertson, Capitol is not above suing not only corporate infringers but their founders and owners. (See: The Record Labels Want My Minivan).* The philosophy of the record companies in many copyright cases may best be described as, “never kick a man when he’s down, unless that’s the only way to keep him there.” Capitol may be preparing to put on its steel toe boots in this case.

*In the MP3tunes case Capitol insisted on proceeding against Robertson even after Mp3tunes filed for bankruptcy.

According to the court decision Redigi consulted legal counsel before launching Redigi and engaging the recording industry in a test case. One can only hope that the attorneys Redigi consulted reminded Redigi of the Chinese proverb, “A piece of paper, blown by the wind into a law court, may in the end only be drawn out again by two oxen.”