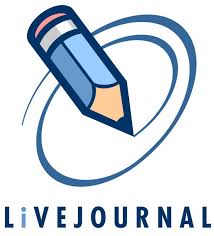 While many performing artists and record companies complain that the Digital Millennium Copyright Act (the “DMCA”) puts them to the unfair burden of sending endless takedown notices, and argue that the law should require notice and “stay down,” supporters of Internet intermediaries and websites argue that court decisions have unreasonably narrowed the DMCA safe harbor.

A recent decision by the influential Ninth Circuit Court of Appeals (which includes California) adds to the concerns of the latter group.

LiveJournal, the defendant in this case, displayed  on its website 20 photographs owned by Mavrix. Mavrix responded, not by sending DMCA “takedown” notices, as you might expect, but by filing suit for copyright infringement. LiveJournal responded that it was protected by the DMCA. However, to successfully invoke the DMCA’s safe harbor  LiveJournal had to satisfy all of the legal requirements of the DMCA.

A key requirement is that infringing content have been posted “at the direction of the user.” In other words, the DMCA is designed to make websites immune from copyright infringement based on postings by users; it doesn’t protect a site from content posted or uploaded by the site itself – that is, by the site’s employees.  The photos at issue were submitted by users and posted at their direction and therefore, LiveJournal argued, it satisfied this DMCA requirement.

However, when it comes to the DMCA, the devil is in the details, and the outcome in any case depends on how the courts interpret those details. In the case of LiveJournal photos are submitted by users, but they are posted only after they are reviewed and approved by volunteer moderators. For this reason, Mavrix argued, the photographs were not “posted at the direction of the user,” rather they were posted by moderators who selected them from user submissions. Further, Mavrix argued that the moderators were “agents” of LiveJournal, and therefore their actions were legally attributed to LiveJournal. In other words, as “agents” of LiveJournal their actions were the same as if they were employees.

The district court rejected Mavrix’s arguments and ruled for LiveJournal, but the Ninth Circuit reversed, holding that Mavrix had a point – the moderators might very well be “agents” of LiveJournal, in which case LiveJournal would have failed this requirement of the DMCA and be liable for copyright infringement. In reaching this conclusion the court emphasized that the critical inquiry is not who submitted content, but who posted the content. The court rejected LiveJournal’s position that the words “at the direction of the user” include all user submissions, even when they are reviewed and selected by agents or employees of the service provider.

In the case of LiveJournal, because moderators screened and posted user submissions the issue is whether the moderators are “agents” of LiveJournal whose actions should be attributed to LiveJournal. In effect, the court equated agents with employees.

To make matters worse for websites hoping to use volunteer moderators, the legal “test” to determine whether moderators are agents gets into the arcane subject of agency law, a topic that rightly triggers the limbic system of any lawyer who suffered through agency law in law school. In this case the question is whether the level of control LiveJournal exercised over its volunteer moderators created an agency relationship based on “actual” or “apparent” authority. Trust me when I say that these are complex issues that no website owner would want to have to parse out while running its business, much less have to present and argue to a jury.

This ruling was a blow to LiveJournal, but the Ninth Circuit had more bad news to deliver. Even if LiveJournal was able to establish that the moderators were not agents of LiveJournal, Mavrix might be able to show that LiveJournal had “actual” or “red flag” knowledge that the postings were infringements. While the Ninth Circuit stated that “red flag” knowledge requires that the infringement be “immediately apparent to a non-expert,” the court ruled that the fact that some of the photos contained watermarks could have created red flag knowledge. Whether they did will be up to a jury to decide. If a jury decides that LiveJournal had the requisite knowledge with respect to one or more photos, LiveJournal will lose DMCA protection for those photos.

However, after this ruling the Ninth Circuit was still not done with LiveJournal.  The DMCA requires that LiveJournal not have received a financial benefit from infringements that it had the right and ability to control. The court held that this benefit “need not be a substantial or a large proportion” of the website’s revenue, and added to the confusion around DMCA law by suggesting that such a benefit could be established based on the volume of infringing material on the site, even if this material did not belong to Mavrix and was not the subject of the current litigation.

What lessons can website operators draw from this case?

First, this is a very bad decision for any social media website that would like to moderate content, whether through the use of volunteers or by employees.

Any business based on LiveJournal’s business model – volunteer moderators who review user submissions and decide whether or not to post them – is at serious risk of losing DMCA protection. The degree of planning, administration and ongoing legal supervision necessary to be confident that moderators are not agents would be daunting.

Second, the  irony of this case is obvious – Mavrix creates an incentive to engage in no moderation or curation and post “all comers.” If there is no moderator (whether an agent or employee) to view a warning watermark, there can be no knowledge of infringement. Unregulated postings of user generated content is likely to result in more copyright infringement, not less.

Third, to add to the confusion over how the DMCA should be applied to websites that host user-generated content screened by moderators, the Court of Appeals for the Tenth Circuit issued a decision in 2016 that appears to come to the opposite conclusion regarding the use of moderators. BWP Media USA Inc. v. Clarity Digital Group., LLC. This case may give LiveJournal a chance to persuade the Supreme Court to accept an appeal of the Mavrix case (based on a “circuit split”) – assuming, that is, that LiveJournal has the stomach, and the budget, to prolong this case further, rather than settle.

Lastly, it’s important to view this decision in the context of the DMCA as a whole. Any service provider hosting user-generated content has to pass through a punishing legal gauntlet before reaching the DMCA’s safe harbor:

(i) content must be stored at the direction of a user;

(ii) the provider must implement a policy to terminate repeat infringers, communicate it to users and reasonably enforce it;

(iv) the provider must respond expeditiously to take down notices;

(v) the provider may not have actual or red flag knowledge of infringement, nor may it be willfully blind to infringements;

(vi) the provider may not have the right and ability to control infringing content; and

(vii) the provider may not have a direct financial interest in the infringing content.

This is a challenging list of requirements and, as illustrated by the Mavrix case, each requirement is complex, subject to challenge by a copyright owner and subject varying interpretations by different courts. If the service provider fails on even one point it loses its DMCA safe harbor protection.

After the Ninth Circuit’s decision in Mavrix the chances that a service provider will be able to successfully navigate this gauntlet are significantly reduced, at least in the Ninth Circuit.

Update: The Ninth Circuit clarified its position on whether the use of moderators deprives a website of DMCA protection in Ventura Content v. Motherless (2018). In Ventura the court held that screening for illegal material is permissible, and distinguished Mavrix on the ground that in that case the moderators screened for content that would appeal to LiveJournal’s readers (“new and exciting celebrity news”). “Because the users, not Motherless, decided what to post — except for [its] exclusion of illegal material . . .  — the material . . . was posted at the direction of users.”