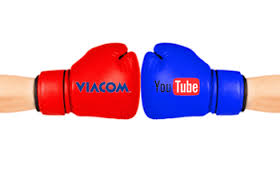 [Update: Viacom v. Youtube was settled before the Second Circuit rendered its decision on the appeal discussed in this post]

It seems unlikely that the drafters of the DMCA — a law enacted in 1998, the same year Google was incorporated — anticipated how difficult the courts would find application of this complex, near-5,000-word statute. There may be no better case to illustrate this than Viacom’s long-running suit against YouTube (a company owned by Google). As of November 2013 briefs had been filed in the second appeal in Viacom v. YouTube, and the case is likely to be scheduled for oral argument before the Second Circuit sometime in the first few months of 2014.*

To say that the appeal briefs are a hard slog would be an understatement. The parties and the courts have immersed themselves in legal obscurities that will be of almost no interest to most non-lawyers, and which are likely to be incomprehensible to lawyers unwilling to bury themselves in the nuances of the DMCA. (If you are tempted to bury yourself, the EFF has collected most of the briefs here).

This being the case, I concluded that it would be best to present my observations on this case in a different format than my typical blog posts. Rather than a discussion of the legal issues, I have composed a hypothetical case example (which closely follows the facts in the actual case), to be followed by a simulated discussion between the “client” and the client’s “lawyer.”  This should make the issues palatable to most readers.

This post will set the stage by presenting the hypothetical fact situation, and the second post (which is forthcoming), will present the client-lawyer discussion.

(no, this was not removed – I purposefully inserted this image)

Kevin Kickstarter has started a YouTube-like company called “YouPostVid.” YouPostVid’s business is simple – it operates a “you post, we host” web site that enables users outside the company to upload video clips. YouPostVid’s sole revenue source is click-through advertising. The business is a success, and Kevin has hired several employees.

Based on good legal advice YouPostVid plays it straight, and does nothing that could be construed to invite users to upload copyrighted videos. In addition, Kevin takes the proper steps to register with the copyright office and identify an agent to receive DMCA notices of copyright violations. The company promptly deletes video clips based on notices that comply with the DMCA “notice-and-takedown” system. It also devises and enforces a reasonable “repeat infringer” policy that bars repeat infringers from uploading to the site.

Kevin is told by his lawyer, Mr. Jaggers, that he has no legal obligation to monitor the site for copyright infringements, and that in fact the less he does the better. And, unless a DMCA notice complies with the specific requirements of the law, he doesn’t need to implement a takedown.

However, YouPostVid does implement a “community flagging” program that allows users to report videos that include pornography or any form of hate speech, and these reports are checked and often deleted by YouPostVid.

All is well with YouPostVid, at least at the start. However, eventually a few things occur that cause Kevin concern. First, YouPostVid starts receiving emails, not from copyright holders, but from “good samaritans,” notifying Kevin that his site is rife with infringing videos. One good samaritan informs him that the site has copies of almost every Seinfeld episode, and even identifies the shows by name. (“The Soup Nazi,” “The Contest” ….). Others report other video clips which, they claim, fall under copyright protection. Several good samaritans suggests that YouPostVid expand its community flagging program to allow users to flag clips that infringe copyrights.

However, YouPostVid  takes no action with respect to these communications.

Although Kevin has told his small staff of employees not to review the site for potentially infringing uploads, one employee has sent him several emails stating, in general terms, that users are uploading vast quantities of apparently copyright-infringing clips to the site, and asking whether he should take these clips down when he comes across them. In this email the employee estimates that as many as 30% of the clips on the site are copyrighted and have been uploaded illegally. Kevin responds, instructing his employees to remain “hands off” any material they suspect infringe copyrights. Kevin tells the employees that while people may be uploading infringing clips to the site, these clips are attracting viewers, and thereby supporting the site’s advertising revenues. Kevin tells them, “we have a legal obligation to respond to formal DMCA takedown notices, period. No more, no less. We have no idea who uploaded these clips – for all we know it was done by the copyright owners themselves, or with their consent. We don’t know. And, they are good for business.”

YouPostVid Is Accused by a Large, Angry Publisher

Then, a large copyright holder demands a meeting, and informs YouPostVid that it will have its lawyer present.  At the meeting, Kevin is told that despite

the takedown notices this publisher is sending YouPostVid, copyrighted clips are going up at a rate faster than the takedowns. The publisher tells Kevin that it is tired of playing this expensive, losing game of “whack-a-mole,” and it demands that Kevin install an automatic filtering system such as Audible Magic to identify and bar copyrighted videos. The publisher tells Kevin that YouPostVid is building its business based on rampant infringement of copyrighted works, and that by limiting its response to takedown notices it is intentionally, and improperly, turning a blind eye to massive infringement on the site.

After the meeting Kevin has a heart-to-heart with his lawyer, Mr. Jaggers, and although Kevin admits that it seems to be the case that his site has thousands of copyright-infringing videos, Kevin emphasizes that he has done nothing to encourage this. He does not want to install Audible Magic, or any other form of automatic filtering system or community flagging. He has found an inexpensive off-shore company to handle takedowns, and he wants to simply continue requiring copyright holders to provide takedown notices that comply with the  DMCA, and nothing more. However, Kevin asks his lawyer to advise him on whether the copyright holders have a case against him based on any recent developments in copyright law or under the DMCA. As he puts it, “how thin is the ice on which I’m standing, Mr. Jaggers?”

Jaggers informs Kevin that a case raising the issues facing YouPostVid — Viacom v. YouTube — is pending before the Federal Court of Appeals for the Second Circuit, based in New York. Jaggers asks Kevin (who attended two years of law school before dropping out to start YouPostVid) to read the three court opinions in this case: the district court’s first decision from 2010, the opinion of the Second Circuit on the first appeal, in 2012, and the district court’s second decision in 2013 (following remand by the Second Circuit). After he does this they will meet to discuss the implications of this case for YouPostVid, and whether YouPostVid needs to take any additional steps to avoid liability for copyright-protected works posted on the site.