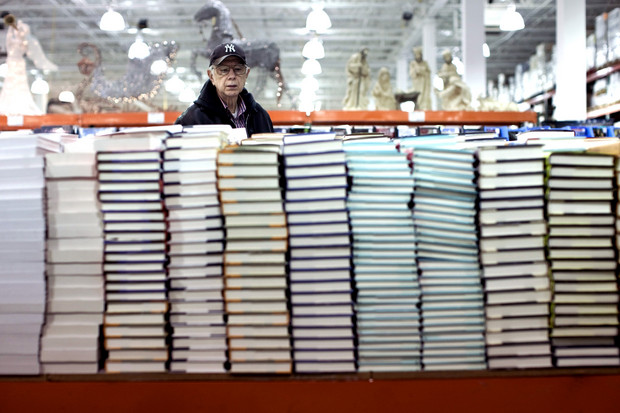 Supreme Court First-Sale Ruling Favors Gray Market Importers of Copyrighted Works, But Is Likely Only One Round in an Ongoing Battle Over the Right to Exclude Imported Works

Last week I published a post on the lawsuit challenging the “first-sale” doctrine in the context of digital files. On Tuesday the Supreme Court issued a decision holding that the first-sale doctrine applies to copies of copyrighted works lawfully made abroad.

To understand the facts of this case picture this scenario.

You are a student in Thailand, and you use English-language textbooks in your studies there. You see that the textbooks are not pirated copies—they are legal copies, authorized for foreign publication. When you come to the United States to continue your education you see the same textbooks are sold at much higher prices. Why not get ahold of some of the books being sold in Thailand and sell them at below-U.S. prices but above Thailand prices? There is money to be made there!

Math student Supap Kirtsaeng recognized this arbitrage opportunity. He asked his family in Thailand to buy copies of foreign edition English language textbooks at Thai book shops and ship them to him in the U.S. He sold the textbooks on EBay, reimbursed his buyers and pocketed the difference. He was successful to the tune of almost a million dollars in sales and $100,000 in profits. However, the fact that Kirtsaeng was undercutting U.S. prices infuriated book publisher John Wiley & Sons, Inc., which sued Kirtsaeng in U.S. District Court in Manhattan, arguing that Kirtsaeng violated its copyright rights by reselling books manufactured and sold abroad. The district court and the Second Circuit agreed with Wiley, and awarded damages that, if upheld, would have cost Kirtsaeng far more than he had earned.

On Tuesday, in a Cinderella victory, the Supreme Court reversed, holding that the “first-sale” doctrine protected Kirtsaeng against Wiley’s claims of copyright infringement.

This case came down to a thorny issue of statutory construction under the first-sale doctrine, which provides that “the owner of a particular copy or

phonorecord lawfully made under this title . . . is entitled, without the authority of the copyright owner, to sell or otherwise dispose of the possession of that copy or phonorecord.” 17 U. S. C. §109(a).  Kirtsaeng claimed that the first-sale doctrine protected him. Wiley argued that the books, printed in Thailand under a license from Wiley, were not made “under this title,” and therefore Kirtsaeng could not lawfully resell them. In other words, Wiley argued that there was a geographical limitation on the first-sale doctrine.

The Court’s opinion (written by Justice Breyer) involves some hair-splitting statutory analysis and a good deal of legislative and historical analysis in support of its conclusion.  The bottom line is that a six-Justice majority found Wiley’s geographical limitation argument unsupportable under the statute, and concluded that there is “no basic principle of copyright law that suggests that publishers are especially entitled to . . . charge different prices for the same book in different geographic markets.”*

*The Court also took into consideration the “practical copyright-related harms with which a geographical interpretation would threaten ordinary scholarly, artistic, commercial, and consumer activities.” How would used book stores and libraries (for example) know that they had the right sell or loan books that had originated abroad?

The Court dismissed its 1998 dictum in Quality King v. L’Anza Research International that copies made by a British publisher would not be “lawfully made under this title,” stating, “is the Court having once written dicta calling a tomato a vegetable bound to deny that it is a fruit forever after?”

The implications of a decision legalizing the importation of “gray market” copyrighted works created outside the United States are significant for publishers, but this battle may be far from over. There can be little doubt that the U.S. publishing industry is strategizing over how restrict the importation of copyrighted works in light of this decision. In fact, Justice Kagan wrote a concurring opinion outlining at least one option: since the Supreme Court’s decision interprets a federal statute (the Copyright Act), the law can be amended to prohibit the importation of foreign-manufactured copyrighted works, but to avoid some of the collateral harm that influenced the Court’s decision. However, opposition to such a change in the law is already ready to do battle.*

Sellers might also attempt to restrict importation by licensing (rather than selling) their products, a strategy that has been somewhat successful under U.S. law in the case of software. (For a post discussing this issue see here). On this strategy the line between digital and physical goods blurs—for example, even now Amazon uses licensing to /restrict the purchase of territorially licensed e-books from outside the U.S. And, whether a license would be recognized under the laws of foreign countries where the transaction first takes place (and when the transaction is arguably a sale) remains open to question.

Every Supreme Court opinion generates massive press coverage. For a partial collection of articles and posts see this collection at SCOTUS blog. I also recommend Terry Hart’s discussion on Copyhype and Margot Kaminski’s post on Concurring Opinions, both of which contain valuable observations about how Congress and the publishing industry might respond to this decision.