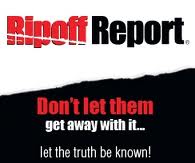 Ripoff Report Has a Fight on Its Hands In Massachusetts

Can a state court order assignment of a defamatory posting on Ripoff Report to a prevailing plaintiff?

That may be the central question in Small Justice LLC, et al. v. Xcentric Ventures LLC, pending the U.S. District Court for the District of Massachusetts.

Here are the basic facts.

A Boston attorney* was defamed by a litigation adversary on the Ripoff Report (a website owned by Xcentric Ventures). The former adversary party, Richard Dupont, claimed that the lawyer was a perjurer with “a history of persecuting the elderly, especially, wealthy elderly women.” The lawyer was accused of filing “baseless lawsuits in order to seize assets from clients, from adversaries and even from his own family.” The posting urged readers to contact the FBI and the Securities and Exchange Commission with similar complaints, and claimed that the attorney had “a history of child abuse, domestic violence and bi-sexuality,” as well as an “addiction to illicit substances.” None of this is true.

*note: The lawyer is not named in this post, to minimize further negative publicity.

The lawyer brought suit against Dupont in Massachusetts state court, where he obtained a default judgment. However, this did him no good as far as the defamatory post was concerned. Ripoff Report is infamous for refusing to remove third-party postings, and the Communications Decency Act  (“CDA”) (47 USC § 230) renders it almost impervious to suit by victims of third-party defamation, such as the lawyer victimized in this case.

Ripoff Report moved to dismiss (memo in support here), and Judge Denise Casper issued a decision on the motion on March 24, 2014 (Order here).

As the decision implies, however, Ripoff Report may have anticipated Small Justice’s copyright strategy. Ripoff Report’s terms of service required Dupont to check a box before posting his report, granting Ripoff Report an irrevocable license to display the post, as follows:

By posting information or content to any public area of www.RipoffReport.com, you automatically grant, and you represent and warrant that you have the right to grant, to Xcentric an irrevocable, perpetual, fully-paid, worldwide exclusive license to use, copy, perform, display and distribute such information and content and to prepare derivative works of, or incorporate into other works, such information and content, and to grant and authorize sublicenses of the foregoing.

Relying on this license, Ripoff Report argued that whatever rights Small Justice acquired from Dupont by reason of the state court transfer of ownership were subject to the license Dupont granted to Ripoff Report.

Whether [the quoted paragraph]  . . . was sufficient to transfer the copyrights in the Reports from Dupont to Xcentric depends on whether it was reasonable to expect that Dupont would have understood he was conveying those rights to Xcentric. … the Court cannot resolve the issue of the ownership of the copyrights on the present record. Although the process by which users posted to the Ripoff Report appears to be similar to the … context in Specht, the Court cannot say, on this record now before it, what a reasonably prudent offeree in Dupont’s position would have concluded about license.

Accordingly, the motion to dismiss the copyright claim was denied.

Admittedly, the outcome in this case is offensive.* The fact that a person can be defamed in this manner, and that Ripoff Report can use the CDA and contract law to render itself immune from suit, is appalling, at least on first impression (whether the defamed attorney would want to represent anyone naive enough to believe Dupont’s obviously bogus post might be a question worth asking).

*note: An editorial in Massachusetts Lawyers Weekly opined, “[the lawyer] is unquestionably pushing the envelope, but the Ripoff Report’s response to his libel suit makes clear that it’s time for a fresh approach to the growing problem of gratuitous attacks in online reviews. Casper should reject the defense’s motion to dismiss and allow his suit to go forward.”

Hopefully, Judge Casper’s decision will lead to a settlement in which the offending post is removed. However, Xcentric may feel it needs to litigate this case to conclusion to maintain the integrity of the (thus far successful) legal barrier it has created against liability. If that proves to be the case, the law and the facts in this case seem, unfortunately, to favor Xcentric.

Update: Click here for the court’s 2015 summary judgment decision in this case.