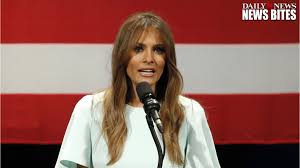 It’s hard to imagine this would ever happen for political and practical reasons (one of which I discuss below). But it’s interesting (fun?) to think about whether a copyright infringement suit against Melania would have legs. In that spirit, consider the following.

Ownership. It’s likely that Michelle’s 2008 speech was written by several people, each of whom could be considered a co-author. The Forward reports that the speech was first written by Sarah Hurwitz, but it’s not clear if she was an independent contractor, an employee of the Obama campaign or working for someone else. This could raise ownership issues under the work-for-hire provision of the copyright statute.

Setting aside work-for-hire, if several people participated in writing the speech (Hurwitz, Michelle, Barack?), assuming that each of these people meets the stringent requirements for co-authorship under U.S copyright law (independently copyrightable contribution and intent) and hasn’t assigned ownership to someone else, each co-author has independent standing to sue Melania for copyright infringement.

It’s not inconceivable that Sarah Hurwitz (or her then-employer) is the sole owner of the copyright in Michelle’s 2008 speech, and Michelle, Barack and the Obama campaign would have no control over a copyright infringement suit.

The bottom line is that ownership of Michelle’s speech is a complicated issue.

Fixed in Tangible Form. Michelle’s speech was recorded in video and audio, satisfying the fixation requirement.

Originality. The originality threshold for copyright protection is very low, and Michelle’s speech easily meets the minimum level of creativity to satisfy it.

Access. Given the wide dissemination of Michelle’s 2008 speech access can be presumed. In fact, based on news reports describing how Melania’s speech was written, access would likely be admitted.

Substantial Similarity. Melania might argue that the sentences she copied from Michelle were a small part of Michelle’s speech, as well as a small part of her speech, and that this de minimis level of copying does not rise to the level of copyright infringement. However, a copier cannot escape infringement based on how little of a work she copied. Even a quantitatively small amount of copying can be infringement if it copies a qualitatively important part of the original work. Michelle’s case would also rest on the tongue-twisting copyright doctrine of fragmented literal similarity, since Melania did not engage in wholesale copying, but copied fragments of Michelle’s speech. Although it may be borderline, Michelle’s claim of substantial similarity appears viable and would likely be decided by a jury after trial (rather than be resolved by a judge on a motion to dismiss or summary judgment).

Fair Use. In addition to arguing no infringement based on lack of substantial similarity and de minimis copying Melania could claim fair use – a defense asserted in virtually every contemporary copyright case. She would argue fair use based on her use of fragments of Michelle’s speech in a political, non-profit context. And, like every copyright defendant today, she would argue that her use was “transformative,” although it’s difficult to see a transformative use in this case.  Nevertheless, a fair use defense has the potential to be effective, and could result in a finding of no infringement.

Scènes à faire. Melania could argue that the common phrases copied from Michelle are indispensable, or standard, in a political speech of this type, and therefore unprotected under the copyright law doctrine known as scènes à faire. Again, this defense could be effective.

No Intent. Copyright infringement is a “strict liability” violation – neither knowledge nor intent is necessary, and the absence of both is not a defense.

Idea-Expression, Merger. There are a few other “tag-along” defenses that are raised in almost every copyright case, and which Melania could assert. For example, she could argue that the sentences copied were unprotected “ideas,” or that there are so few ways to express the ideas that Michelle’s expression is unprotectable under the “merger doctrine.” However, these defenses appear weak given the material copied.

Defendants Other Than Melania. The speech was broadcast by television stations, web sites, newspapers and magazines. All of these publishers are potential defendants, but most of them would have a strong fair use defense, since they used the speech in connection with news reporting.

However, Melania’s co-authors (Merideth McIver, for example), are also potential defendants, and they stand in a position similar to Melania, whose fair use defense is weaker than that of news organizations. Note that Melania need not have participated in writing the speech to be liable, since she infringed by reading the speech in public.

Registration and Damages. It’s unlikely that Michelle’s speech was registered before Melania copied it – a quick search of Copyright Office registration records shows that both Barack and Michelle Obama have registered books, but Michelle’s 2008 speech does not appear in the registration records. Michelle would need to register the speech as a condition to bringing suit, which is easily done. However, failure to register before the infringement occurred would prevent her from recovering statutory damages (which might have been up to $150,000) or attorney’s fees (take a wild guess, now triple it). Without pre-infringement registration Michelle would be limited to recovering “actual” damages (her lost profits or a reasonable license fee), or Melania’s illegal profits attributable to the infringement, and each of these could prove difficult to establish. Of course, Michelle could also seek an injunction, but  the absence of any financial incentive is likely to discourage Michelle (or her co-authors) from bringing suit. But, the statute of limitations for a copyright infringement suit is three years, so they have plenty of time to think about it.

Conclusion. A copyright infringement suit against Melania faces significant obstacles based on ownership, fair use and proof of damages, and I don’t expect that we will ever see this case brought. But, it’s fun for a copyright lawyer to think about.