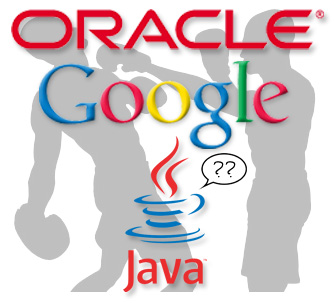 Google has filed a certiorari petition with the Supreme Court, asking it to review and reverse the Federal Circuit’s May 9, 2014 decision holding that the declaring code of Oracle’s Java API software is not copyrightable. I have written about this case on several occasions, most recently on May 10, 2014 (CAFC Reverses Judge Alsup – Java API Declaring Code Held Copyrightable).

Google framed the “question presented” (framing the question in such a way as to catch the interest of the court is an art form in itself) as follows:

Whether copyright protection extends to all elements of an original work of computer software, including a system or method of operation, that an author could have written in more than one way.

The Supreme Court accepts review of approximately 1% of of cases appealed to it, and therefore lawyers spend a great deal of time and effort to make their cases as significant and interesting as possible. Here, Google asks the Court to take the case in order to decide an issue the Court deadlocked on in 1996 in Lotus v. Borland. Google’s brief states:

In 1995, this Court granted certiorari in Lotus Development Corp. v. Borland International, Inc., 516 U.S. 233 (1996), to resolve the question presented here. The First Circuit had held―consistent with the plain language of 17 U.S.C. § 102(b) but in conflict with other courts of appeals―that methods of operation embodied in computer programs are not entitled to copyright protection. This Court deadlocked, affirming by an equally divided court. Two decades later, this oft-acknowledged circuit split has deepened and the question presented has grown even more important as software has become a fixture of modern life.

This case directly implicates the unanswered question in Lotus because the Federal Circuit extended copyright protection to systems and methods of operation, including computer interfaces. That holding would obstruct an enormous amount of innovation in fast-moving, high-technology industries, in part because innovation depends on software developers’ ability to build on what has come before. If the Federal Circuit’s holding had been the law at the inception of the Internet age, early computer companies could have blocked vast amounts of technological development by claiming 95-year copyright monopolies over the basic building blocks of computer design and programming. By the time Google and countless other innovators even came onto the scene, others could have locked up the field for longer than most people will live.

. . . [By holding that] copyright protection … extend[s] to a system or method of operation so long as there was more than one way to write it the Federal Circuit usurped Congress’s role, deepened a circuit split that this Court previously granted certiorari to resolve, allowed Oracle to use copyright law to evade the limits on patent protection, and thereby blocked developers from building on what has come before. The court did so, moreover, in one of the most important cases of its kind, concerning the widely used Java language and Android platform. This Court’s review is needed now, before tomorrow’s innovation falls victim to the decision below.

Google is correct in arguing that there is a circuit split over the issue presented in Lotus v. Borland. In fact, no federal circuit court has held (as the First Circuit did in Lotus), that methods of operation based in computer software are uncopyrightable, leaving the First Circuit an outlier on this issue.

However, whether this issue will attract the Court’s attention is impossible to know – four justices must vote in favor of review, but that decision is made in the context of all of the competing cases presented to the Court. If the Court does accept review — and if the Supreme Court decides the issue it was unable to resolve close to 20 years ago — this will be an important and interesting copyright case.

The Supreme Court rarely accepts review of copyright cases, but the Court reviewed two copyright cases in its last term, so perhaps momentum will play a role in its decision whether to accept review in this case.

For those interested in how the Supreme Court viewed this issue in 1996 based on oral argument, the transcript of oral argument is linked here.