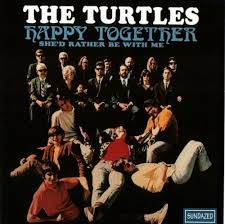 Flo & Eddie v. Sirius XM – The Other Shoe Drops on the East Coast

On October 22nd I wrote a detailed post discussing Flo & Eddie’s (owner of the Turtles’ pre-1972 sound recordings) suit against Sirius XM, and specifically the holding of a California federal district court that Sirius’s satellite radio broadcast and webcasting of these recordings was subject to a claim under California state law. (See The Kerfuffle Over Copyrights in Pre-1972 Sound Recordings). As I noted in that post, when sound recordings were added to the federal Copyright Act in 1972 pre-1972 sound recordings were not included – these works were not preempted by the federal copyright statute, and were left to be regulated under state law until (drum roll ….) 2067.

I also mentioned that Flo & Eddie had a separate case pending in federal court in New York, claiming copyright infringement of their pre-1972 recordings under New York common law.

On November 14, 2014, the federal judge handling the New York case issued a decision similar to that reached by the court in California. Although, unlike California, New York does not have a specific statute that protects the public performance right in pre-1972 sound recordings, the court upheld Flo & Eddie’s suit under pre-1972 New York state copyright common law, which protects “any original material product of intellectual labor” in which the artist invests “time, effort, money, and great skill.” Clearly, a great deal of pre-1972 music satisfies that test.

The court rejected Sirius XM’s arguments that (i) the owners of pre-1972 sound recordings lacked an exclusive right to the public performance of those works, (ii) Sirius’s broadcast of the recordings is protected by fair use, (iii) upholding Flo & Eddie’s claims would violate the Commerce Clause, and (iv) Flo & Eddie’s claims were barred by laches.

This is very bad news for Sirius XM. One decision against Sirius on this issue is bad; two may prove catastrophic.

After the California decision was issued commentators asked why the court’s ruling wouldn’t apply with equal force to analog broadcasters (radio and TV stations) and retail businesses that play music, such as bars, restaurants and stores. This decision makes that question even more pressing – not only does a second federal court decision upholding pre-1972 state law copyright rights validate the first case (making it less likely to be an outlier), but it forces legal advisors to ask how non-digital businesses are any different than satellite radio or webcasting for purposes of analyzing this legal issue. Why would the logic of the two Sirius XM cases not apply to them as well?

It’s the case that these decisions create more questions than answers. For example, assuming the decisions survive appeal, the courts may have a difficult time arriving at a measure of damages. Since the recordings are not covered by the Copyright Act, statutory damages are not available, and “actual” damages are an open question. Flo & Eddie may have a difficult time proving it lost any sales as a result of the infringements (in fact, it may have gained sales from the exposure). And, it will be difficult to determine the extent to which Sirius XM profited by playing them, or how to determine a “reasonable royalty” for a license to play them that’s any different from the compulsory license established by the Copyright Royalty Board for post-1972 sound recordings. Things are further complicated by the fact that both the New York and California cases are styled as class actions, and are seeking damages on behalf of all owners of pre-1972 sound recordings that have been broadcast by Sirius.

In the meantime, this decision should add to the pressure on Congress to clean up this mess by amending the copyright statute on pre-1972 sound recordings. Leaving them to be regulated by state law for another 53 years, until 2067, may have made sense in the early ’70s’s but it makes no sense now, especially in light of these cases. As the district court judge in the New York case stated, the enforcement of common law copyrights by the states raises “the specter of administrative difficulties in the imposition and collection of royalties,” and could “possibly make broadcasts of pre-1972 recordings altogether unavailable.” In other words, broadcasts of music by The Beatles, The Doors, Jimi Hendrix and Janis Joplin (to name just a few) could disappear altogether from satellite broadcasters and webcasters like Sirius and Pandora, as well as from traditional radio stations.

Legislation like the RESPECT bill that was introduced in the House in May, and which was referred to the House Judiciary Subcommittee on Courts, Intellectual Property and the Internet in July, could resolve this issue, at least moving forward.

If these cases are not reversed or a law like RESPECT is not enacted, we are likely to hear a lot less pre-1972 music for the next five decades. And that would be everyone’s loss.